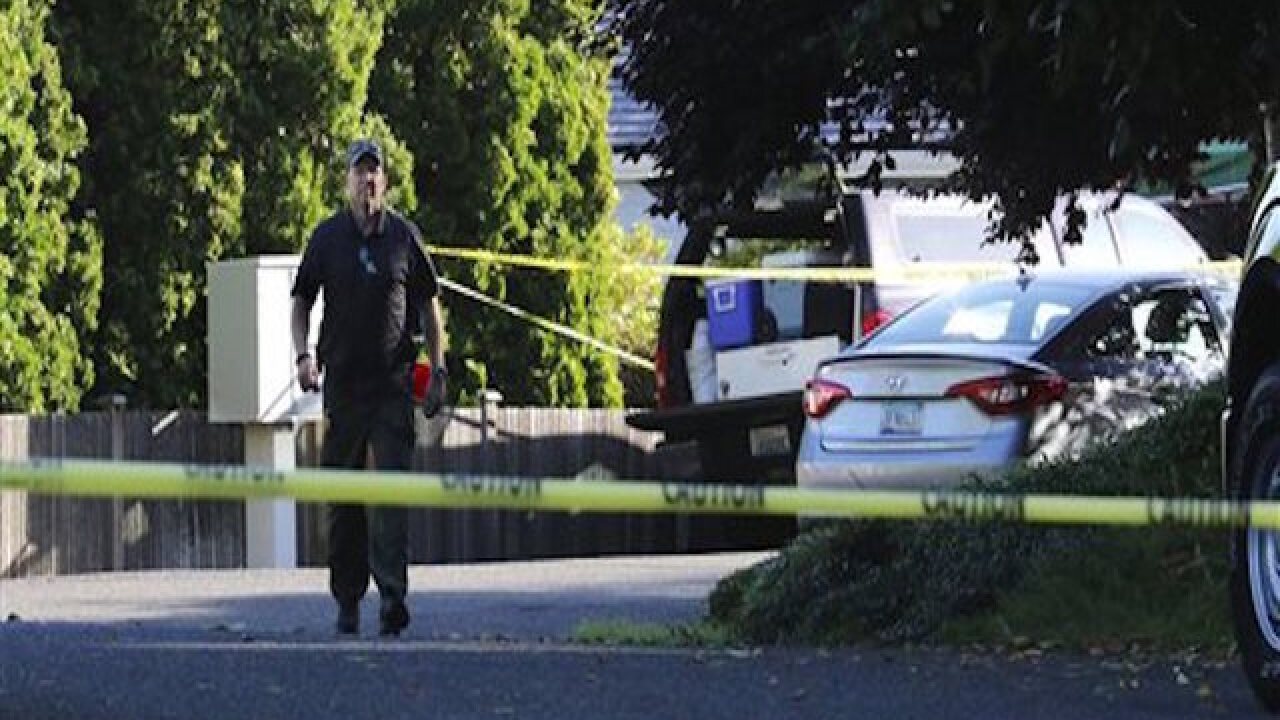 SEATTLE (AP) — Police in suburban Seattle say a 19-year-old man suspected of killing three people and wounding a fourth at a small party early Saturday is expected to be booked into jail soon for investigation of murder.

Officer Myron Travis, a spokesman for the Mukilteo Police Department, did not release the suspect's name during a Saturday afternoon news briefing. It's expected that the man will face an arraignment Monday morning.

The authorities released little in the way of new details about the shooting, saying they were protecting the integrity of the investigation. Travis said the names of the victims would not be released until their identities are confirmed by the medical examiner and their families are notified.

The gunman attacked a gathering of young adults at a suburban Seattle home early Saturday, killing two people at a fire pit before firing more shots from the roof, the grandmother of one of the witnesses said.

Three people were killed and another injured at the Mukilteo property. State troopers pulled over and arrested the fleeing 19-year-old suspect on an interstate three counties away, authorities said.

"She was hiding in the closet and called me from the closet while it was going on," Susan Gemmer said of her 18-year-old granddaughter, Alexis. "We were texting back and forth, telling her to stay quiet, stay calm, we're on our way. She kept saying, 'They're dead, they're dead, I saw them, I was right there and I saw them.' "

Gemmer said that according to her granddaughter, the gunman arrived with a rifle at the party of about 15 to 20 friends from Kamiak High School — mostly recent graduates aged 18 to 20. The gunman walked through the house to the fire pit out back, where he shot two of the victims. Those present knew the gunman, she said, and he and one of the victims had broken up last week.

The shooter then made his way onto the roof, where some of the friends were hanging out, Gemmer said.

The young man who lived at the home tried to lead Alexis Gemmer to safety by escaping out the garage. As they rolled under the garage door and the boy bolted across the street, the gunman began shooting at him from the roof, her granddaughter told Gemmer.

"She panicked and ran back in the house and hid in the closet until police arrived," Gemmer said. The young man made it across the street.

Authorities did not immediately release information about or the identities of the suspect or the victims.

"Our community has suffered a great loss tonight," Mukilteo Mayor Jennifer Gregerson said. "There were many young people who saw and heard things that no one should ever experience."

The shooting happened in the upscale Chennault neighborhood of Mukilteo, a waterfront town of about 20,000 people, 25 miles north of Seattle.

Washington State Patrol Trooper Will Finn said the male suspect was pulled over at around 2 a.m. heading south on Interstate 5 near Chehalis, about 113 miles away. Finn declined to release information about his identity, but he said troopers returned him and the vehicle he was driving to the custody of Mukilteo police.