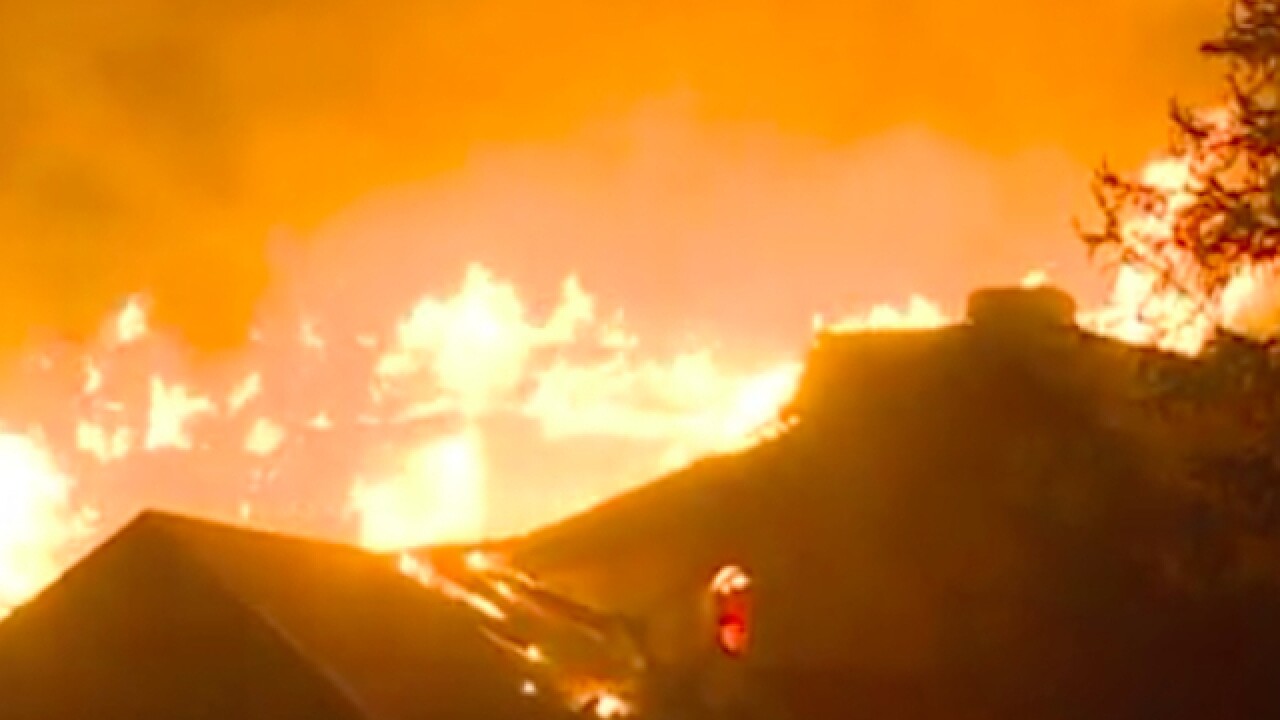 <p>A wildfire scorches parts of Gatlinburg and Pigeon Forge, Tennessee Nov. 28-29, 2016, as seen in these images from video provided by WTVF in Tennessee.</p>

Dunn could not release the names or ages of the suspects, but said they lived outside of the immediate area.

The unidentified juveniles were charged with aggravated arson.

"Additional charges are being considered and all options when dealing with juveniles are on the table, including the possibility of seeking the transfer of these juveniles to adult criminal court," Dunn said.

The wildfire started two weeks ago, but was contained within the Smoky Mountain National Park until last Monday when high winds spread the fire toward the resort town of Gatlinburg. Residents were forced to flee immediately.

The fire originated along the Chimney Tops trail in the national park.

Conditions were abnormally dry as the area suffered from a months-long drought.

The wildfire consumed 18,000 acres of land, including large sections of the Smoky Mountains National Park.

The city is set to reopen Friday.