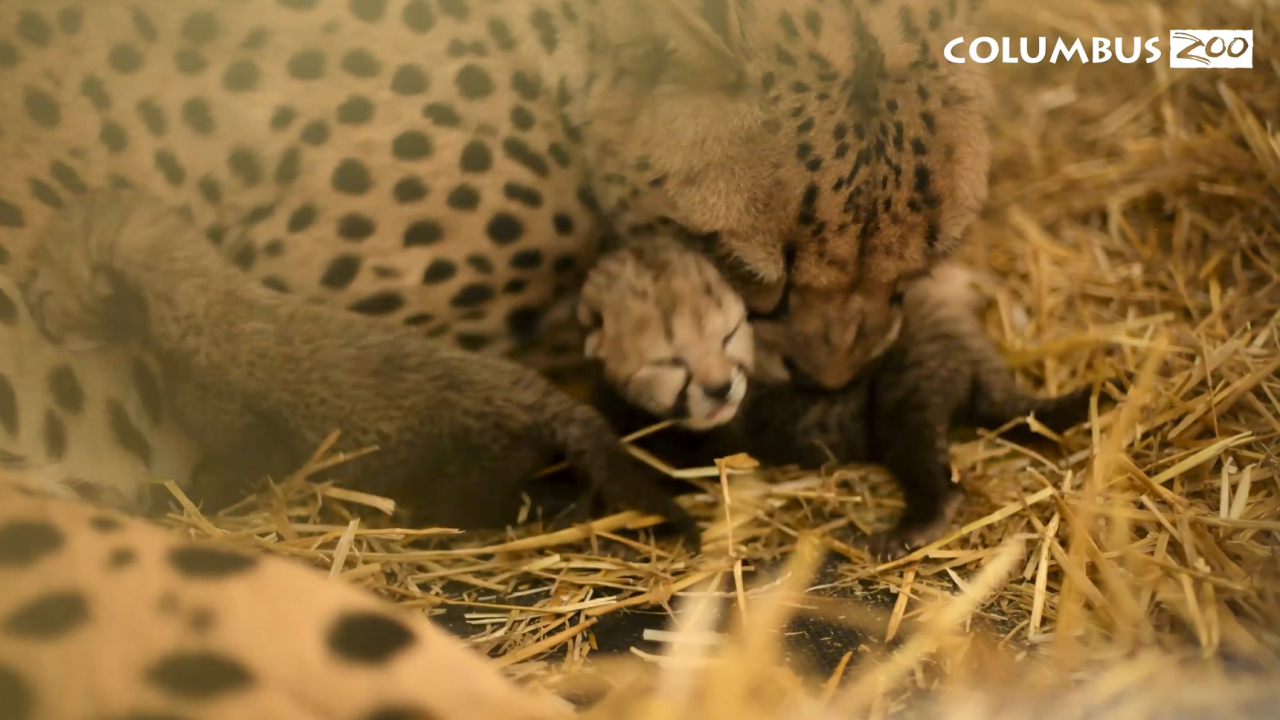 COLUMBUS, Ohio -- History was made at the Columbus Zoo and Aquarium Wednesday when two cheetah cubs were born using in vitro fertilization and embryo transfer into a surrogate mother, the first-ever birth of this nature for the species.

The cubs’ biological mother is named Kibibi, but after careful planning and innovative medical procedures, a female cheetah named Isabelle gave birth to the two cubs Wednesday night. The father of the cubs is a 3-year-old cheetah named Slash from Fossil Rim Wildlife Center.

During in vitro fertilization, or IVF, sperm and eggs are fertilized in a laboratory and incubated to create embryos, which are then implanted into a female’s womb in hopes they develop into fetuses. IVF is popular with humans and other species, but this successful birth via IVF is the first-ever in a cheetah birth.

Cheetahs have a population classification of “vulnerable.” Due to threats such as habitat loss, unregulated tourism and conflict with livestock and game farmers, the population is decreasing and cheetahs only inhabit 10% of their historic native range in Africa, according to the International Union for Conservation of Nature.

The IVF birth at the Columbus Zoo marks the potential to help ensure the survival of the cheetah species and may provide further information to assist conservation in other big cat species, the zoo said.

Columbus Zoo began the process in November when the female cheetah cubs with given hormone injections. Eggs were taken from Isabelle and Kibibi, neither of which had reproduced before. The eggs were fertilized with male cheetahs that same day.

“These two cubs may be tiny but they represent a huge accomplishment, with expert biologists and zoologists working together to create this scientific marvel,” said Dr. Randy Junge, the Columbus Zoo’s Vice President of Animal Health in a press release. “This achievement expands scientific knowledge of cheetah reproduction, and may become an important part of the species’ population management in the future.”

The cheetahs’ care team observed the births through a remote camera and as they continue to monitor Isabelle and the two cubs closing, they said the first-time mother is providing great care to her cubs at this time.

The Columbus Zoo has not announced the names of the cubs but confirmed that one was male and the other was female.

This story was originally published by Camryn Justice at WEWS.