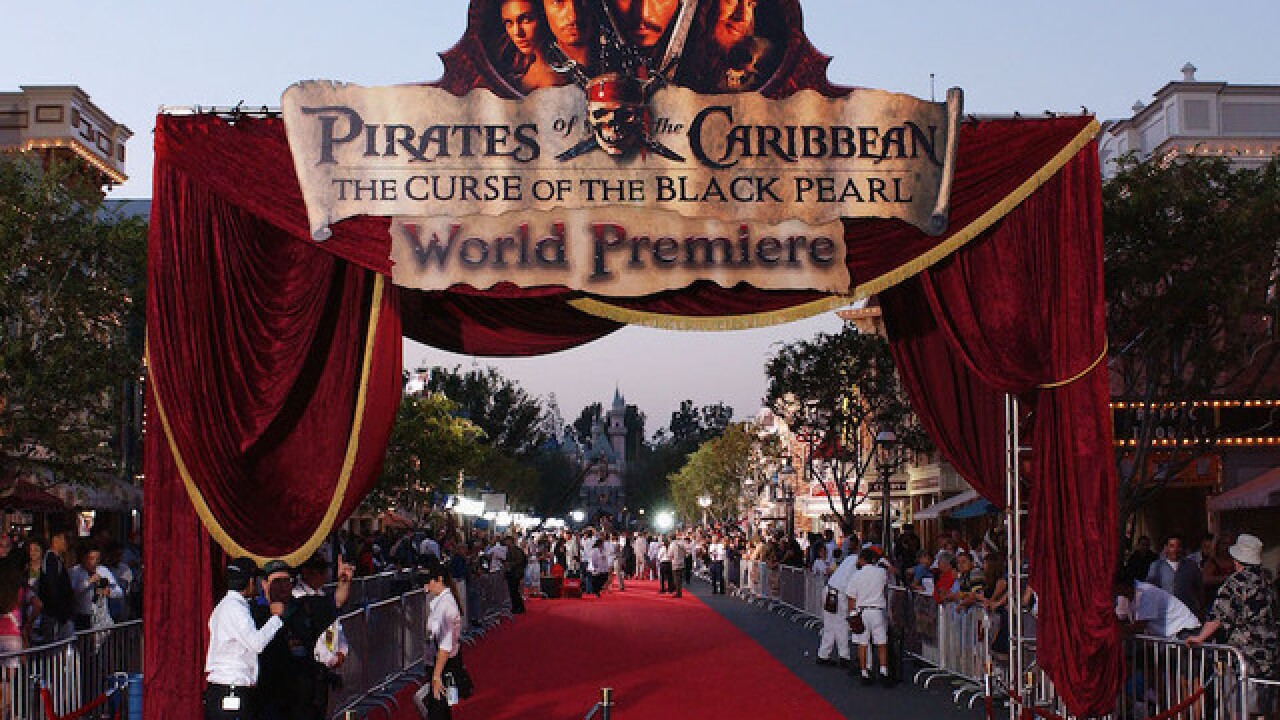 Copyright Getty Images
Amanda Edwards
<p>The red carpet at the World Premiere of "Pirates of the Caribbean : The Curse of the Black Pearl" on June 28, 2003 at Disneyland in Anaheim, California.</p>

Animal abuse on the set of Hollywood movies has been a controversial topic for decades. Since 1939, the American Humane Association has monitored the treatment of animal actors on sets of thousands of films, giving most of them its famous seal of approval, stating that "No animals were harmed" in the making of the movie.

The issue made national news again this week when video from the set of the upcoming film "A Dog's Purpose" was released by TMZ, showing a frightened dog being forced to enter rushing water and being submerged before a crew member yelled "Cut!"

After the video was released, People for the Ethical Treatment of Animals — which has argued for computer-animated animals to replace living animals in movies — called for a boycott of the movie, which is slated for release on Jan. 27. According to The Hollywood Reporter, Universal Pictures canceled the Los Angeles premiere of "A Dog's Purpose" one day after the video surfaced.

"A Dog's Purpose" is just the latest movie to face claims of on-set animal abuse. Listed below are 10 other popular films that faced similar allegations in the past.

Labeling "Heaven's Gate" as "popular" may be a stretch — it notoriously bombed at the box office — but it stands as perhaps the most notorious example of rampant on-set animal abuse. According to the American Humane Association and various reports, several animals were killed in brutal ways while making the film, including a horse that was "blown up" with dynamite. Other animal abuse reports from "Heaven's Gate" include real cockfights, horses being tripped, cattle being cut and chickens being decapitated.

According to a massive 2013 investigation into the American Humane Association's practices by The Hollywood Reporter, 27 animals died on the set of the 2012 blockbuster "The Hobbit: An Unexpected Journey." The creatures, including sheep and goats, died of awful causes including dehydration, exhaustion and drowning. Despite the deaths, the American Humane Association didn't further investigate and eventually gave the movie a "carefully worded" seal of approval, according to The Independent.

One of Disney's most popular movies faced reports of animal abuse after The Hollywood Reporter looked into reported incidents during its filming. "Many smaller animals" — including fish and squid — were killed after explosions were detonated in the ocean. "No one thought they would result in disturbing the marine life, so no precautions were taken," according to documents from the production of "Pirates of the Caribbean: The Curse of the Black Pearl." Dead marine life was seen "washing up on shore" for four days following the shoot.

This sweet movie about a kitten and a pug who become friends was a favorite of many kids who grew up in the 1990s. "The Adventures of Milo and Otis" was also looked upon controversially, based on reports of animal abuse while it was being filmed. According to a 1990 Australian newspaper report, more than 20 kittens were killed during its production and one cat's paw was intentionally broken to make it look unsteady when walking.

Upon its release, "Ben-Hur" was a massive blockbuster that won 11 Oscars, which still stands as the highest tally in history. But according to film historians, as many as 100 horses were killed during the production of the iconic film. The second-unit director of "Ben-Hur" reportedly ordered horses be shot and killed "if they limped," without seeking veterinary care.

Western movies often use horses during action sequences, making them rife targets for potential animal abuse investigations. The critically beloved 1939 film "Stagecoach" faced several claims due to the use of a controversial stunt device that has since been banned. According to the A.V. Club, the crew of "Stagecoach" made use of a device that used wires attached to a horse's legs to "yank" their legs out from under them as they ran, forcing them to violently fall. The device resulted in the deaths of several horses.

Part of the aforementioned Hollywood Reporter investigation into Hollywood animal abuse focused on troubling incidents from the set of the Oscar-winning movie "Life of Pi." The film's co-star is a Bengal tiger and the real-life animal used in the movie was reportedly treated poorly on set — and his mistreatment was allegedly covered up by the American Humane Association. King, the real-life tiger used in the movie, nearly drowned during the shoot, according to people on set.

The first Rambo movie presents a brutal depiction of combat violence but apparently some of the animals used during its filming were forced to endure real-life suffering on the set. American Humane Association accounts indicate rats were killed in various ways, including being "burned by an actor" and being "squeezed and hurled against a wall." As a result, "First Blood" was deemed "Unacceptable" by the American Humane Association's ratings board.

This live-action movie version of the classic cartoon "Speed Racer" was dogged by PETA because of reports of animal abuse on set. People on set of the film claimed a chimpanzee actor used in the film was "beaten" after it bit a human actor. The movie was deemed "Unacceptable" by the American Humane Association as a result of the incident.

Another heartwarming movie about an animal that ironically came under fire for unsafe practices was "Flicka." During the filming of this family movie, two horses were killed. The American Humane Association classified the deaths as "unpreventable accidents," but they obviously would not have happened had the horses never been used in filming in the first place. One horse was euthanized after breaking its leg during a scene and another broke its neck when it tripped on a rope while running.