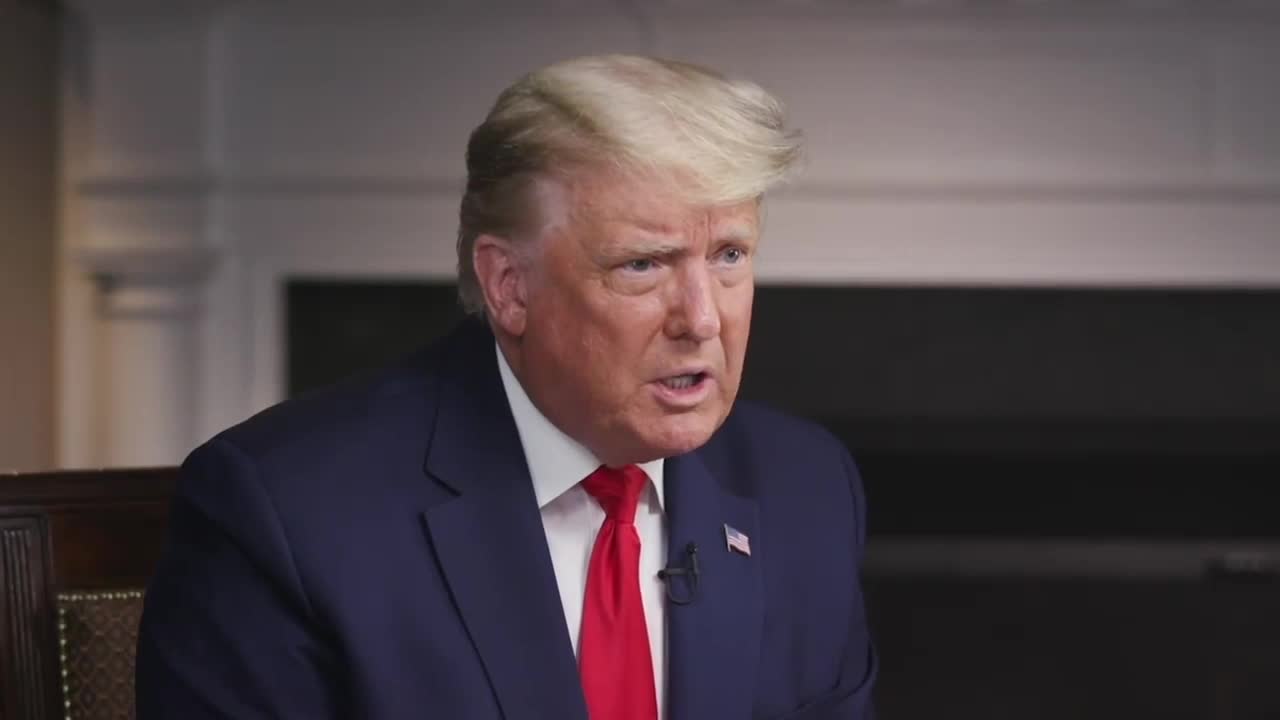 President Donald Trump spoke about Gov. Gretchen Whitmer and Michigan during a “60 Minutes” interview set to air this Sunday.

The president’s campaign released its own recording of the interview, saying journalist Leslie Stahl was “biased” and “rude.”

During the interview, Trump said he didn’t know about the alleged plot to kidnap Whitmer.

He did, however, criticize the governor’s response to the COVID-19 pandemic, particularly the shutdowns she ordered to help control the spread of the virus.

“The way she locked up Michigan is a disgrace,” Trump said. “This is a disgrace – I think it’s disgraceful what she’s done.”

Trump added that he feels the same about other governors’ pandemic responses, and that those governors “happen to be Democrats.”