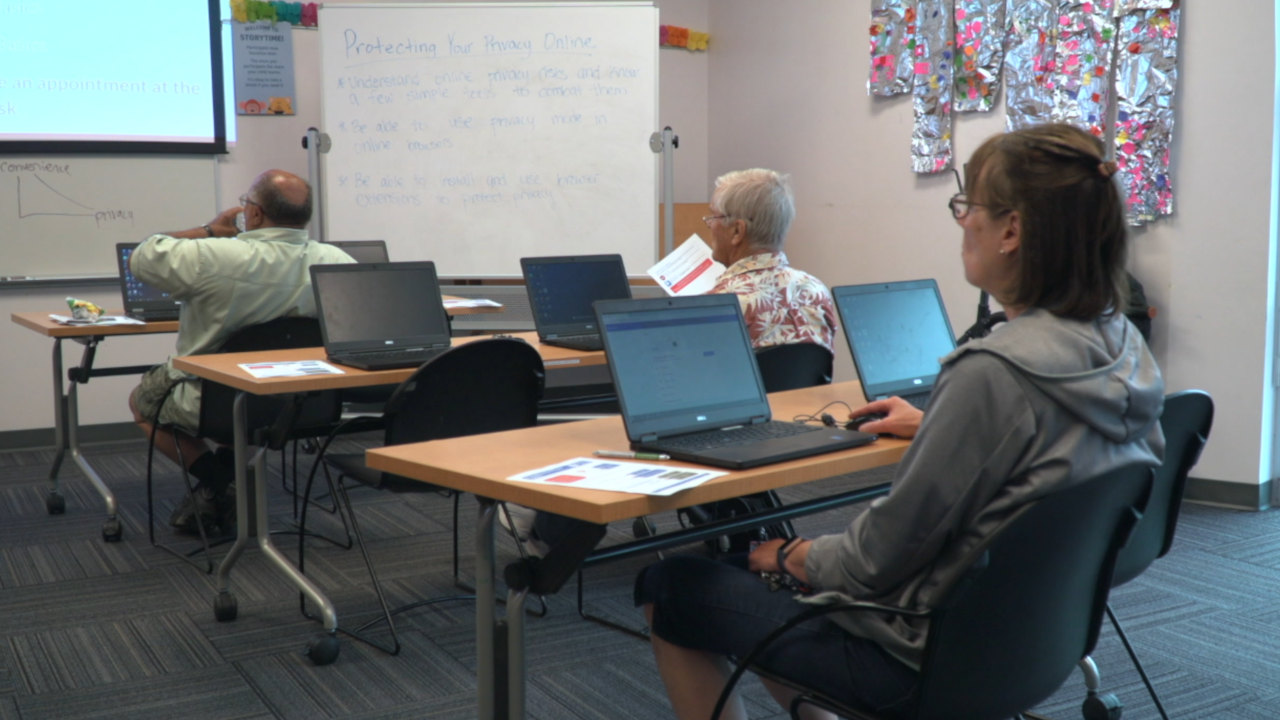 Learning how to navigate the online world safely is challenge for anyone, but it can be especially difficult for those who didn’t grow up with technology.

Pierre Vidoni is 83-years-old and decided to sign up for a digital class at his local library.

"Young people less than 50 years old grew up with computers, so they understand the nuances of computers," Vidoni says.

Amy Halfback teaches the privacy class and says many of her older students say they feel stupid.

"They are nervous interacting in the online world," she says.

From malware, internet scams and phishing, it’s easy for anyone to get taken advantage of online. However, Vidoni says he’s not worried about privacy online.

According to the Journal of Public Health, between 2 to 3 million seniors get scammed each year. A few years ago, that was Vidoni. Hackers took over his home screen and locked him out of his computer.

"They got into my computer, and in order to get it back, I had to pay them money,” Vidoni recalls. “And it was no small amount. It added up to about $800."

His family still teases him for falling for the scam. But after taking classes and practicing keeping his identity private online, Vidoni learned the lesson the hard way.

“Now, anytime someone is asking me for something that I'm not asking for, I just erase it," he says.