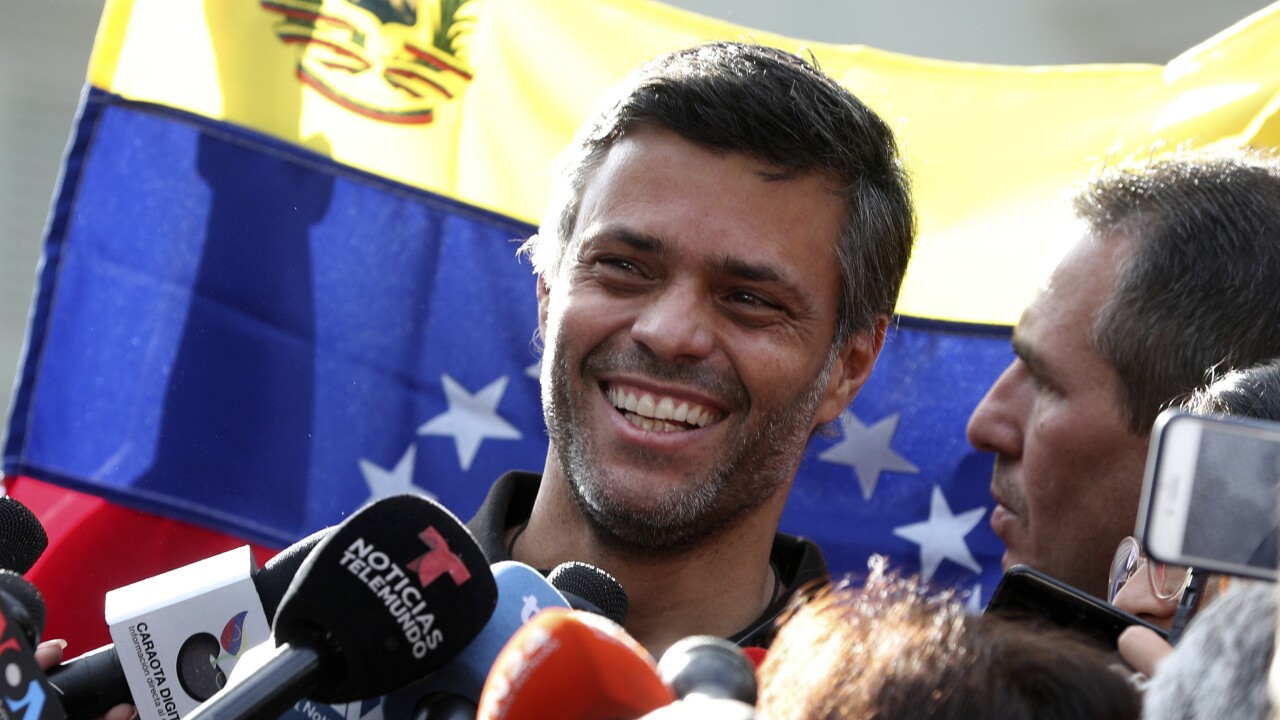 Copyright 2019 The Associated Press. All rights reserved.
Martin Mejia/AP
FILE - In this May 2, 2019 file photo, Venezuelan opposition leader Leopoldo Lopez smiles during a press conference at the gate of the Spanish ambassador's residence in Caracas, Venezuela. Lopez left the residence where he had been a guest since April 30, 2019 and is leaving Venezuela people close to the opposition leader said on Saturday, Oct. 24, 2020. (AP Photo/Martin Mejia, File)

The party of prominent opposition activist Leopoldo López has abandoned the Spanish ambassador’s residence in Caracas and left Venezuela after years of frustrated efforts to oust the nation’s socialist president.

The 49-year-old former Caracas-area mayor has been holed up at the residence since a failed military uprising he led in April 2019 aimed at ousting President Nicolás Maduro.

He has been jailed, under house arrest or in a foreign embassy refuge for nearly seven years.

The party López founded said Saturday he had left the country to continue his work from abroad.