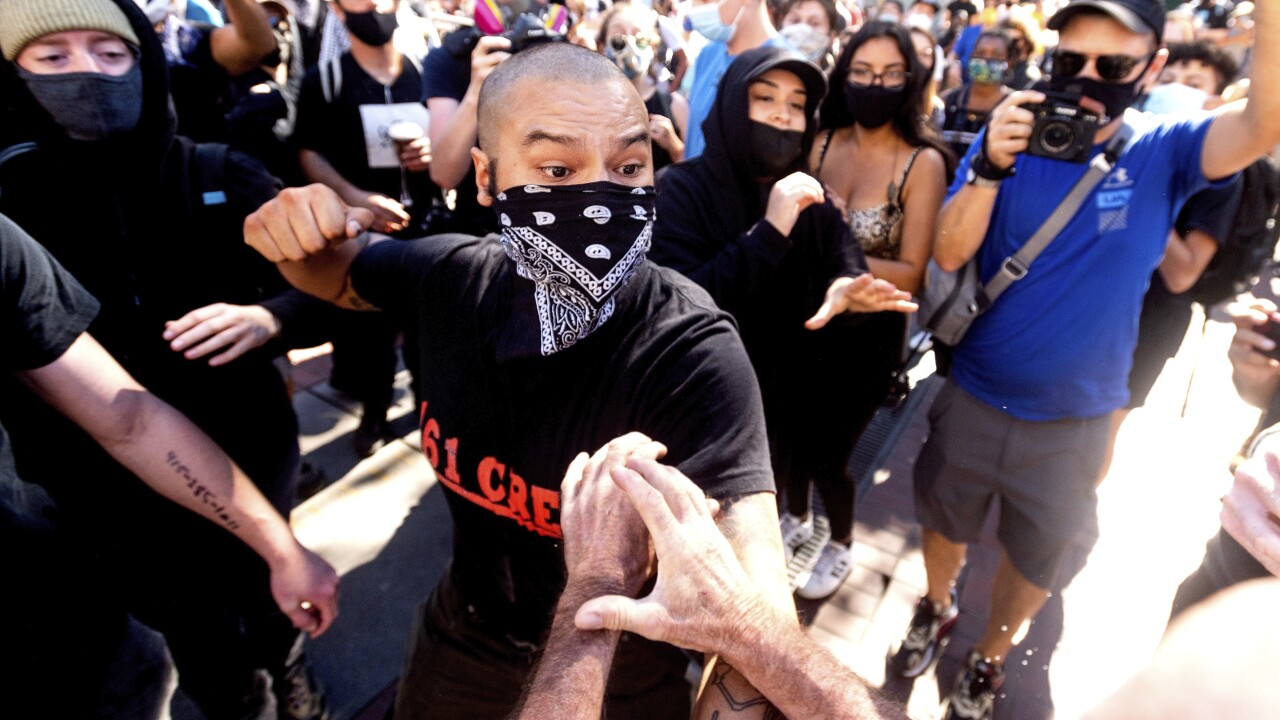 Noah Berger
Noah Berger/AP
A counter-protester, who declined to give his name, prepares to hit a conservative free speech rally organizer in San Francisco on Saturday, Oct. 17, 2020. About a dozen pro-Trump demonstrators were met by several hundred counter-protesters as they tried to rally. (AP Photo/Noah Berger) 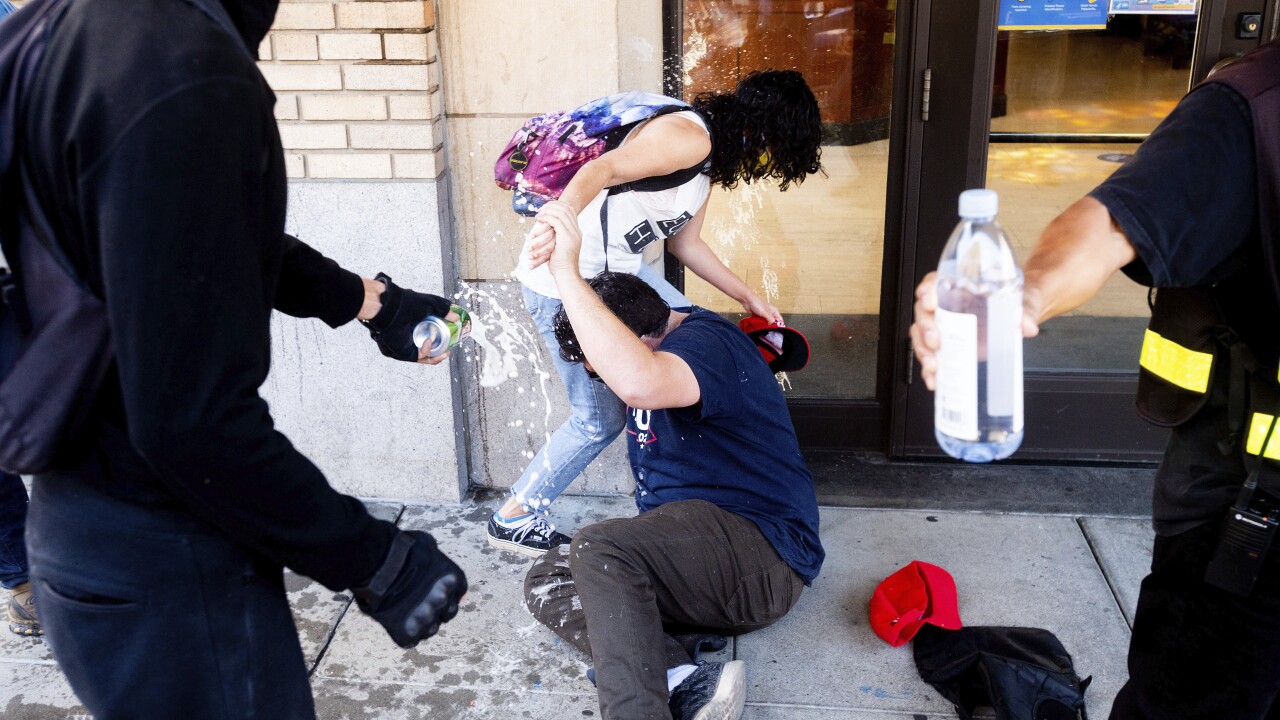 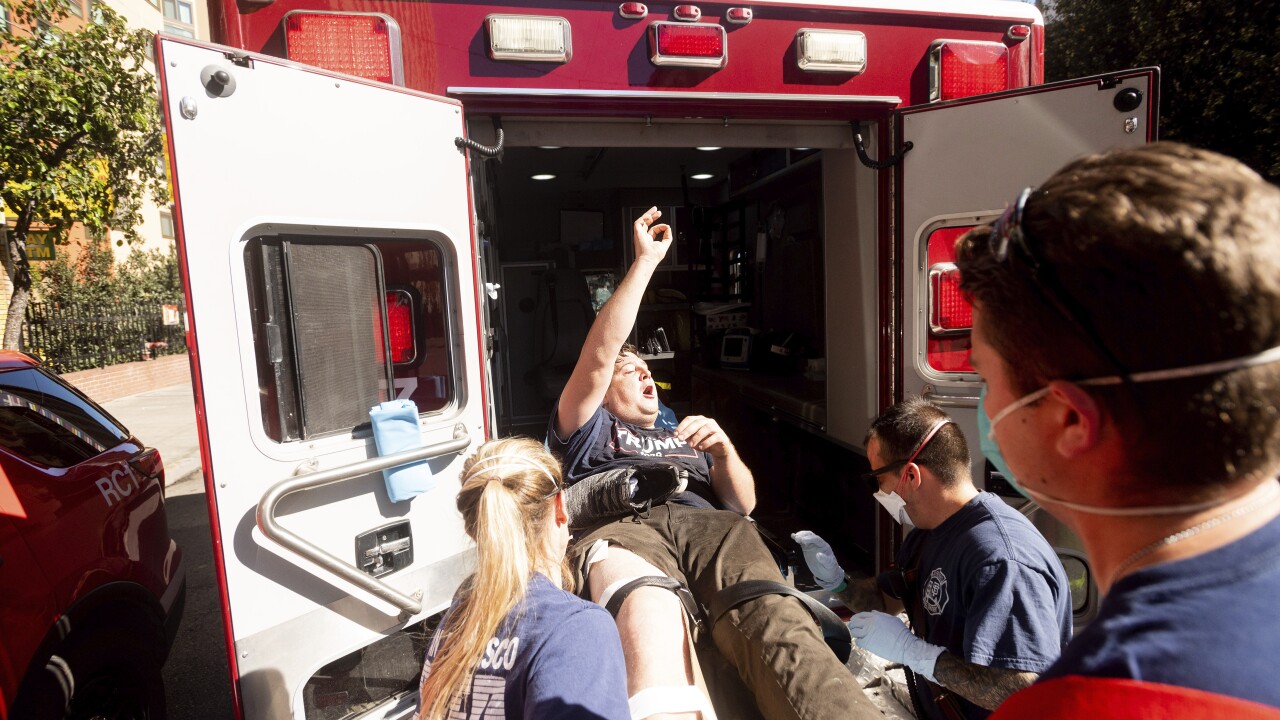 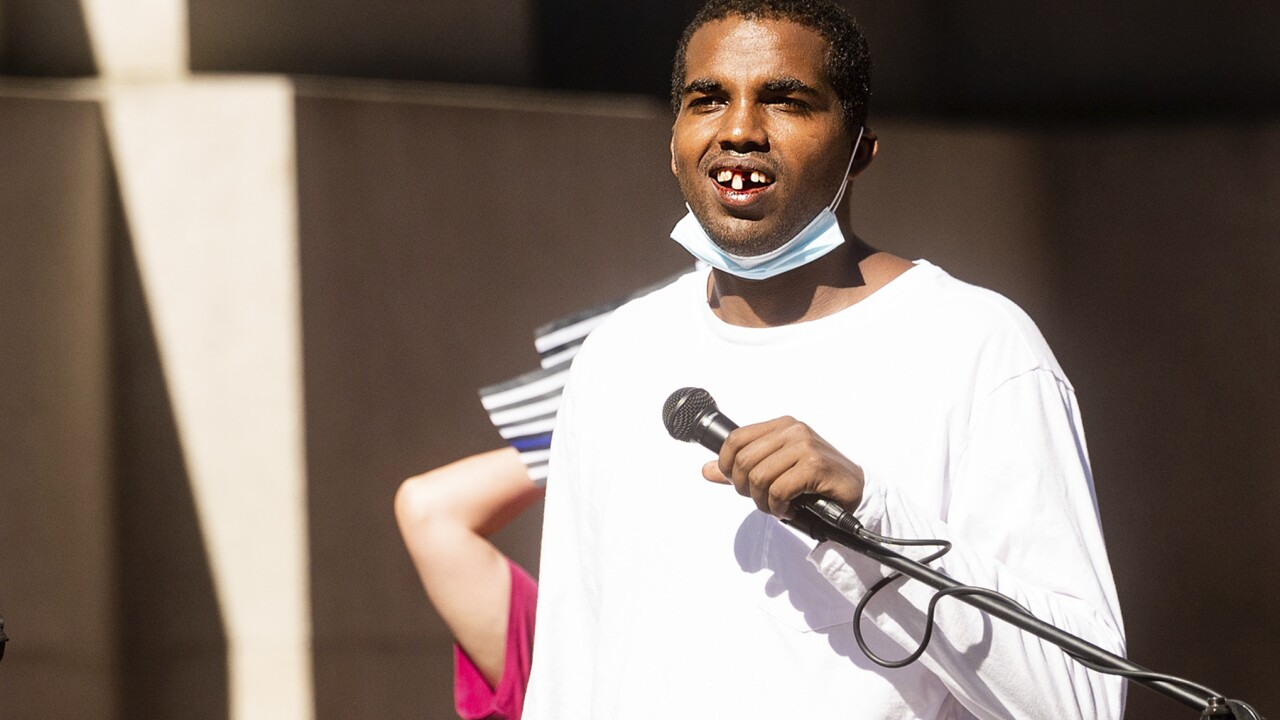 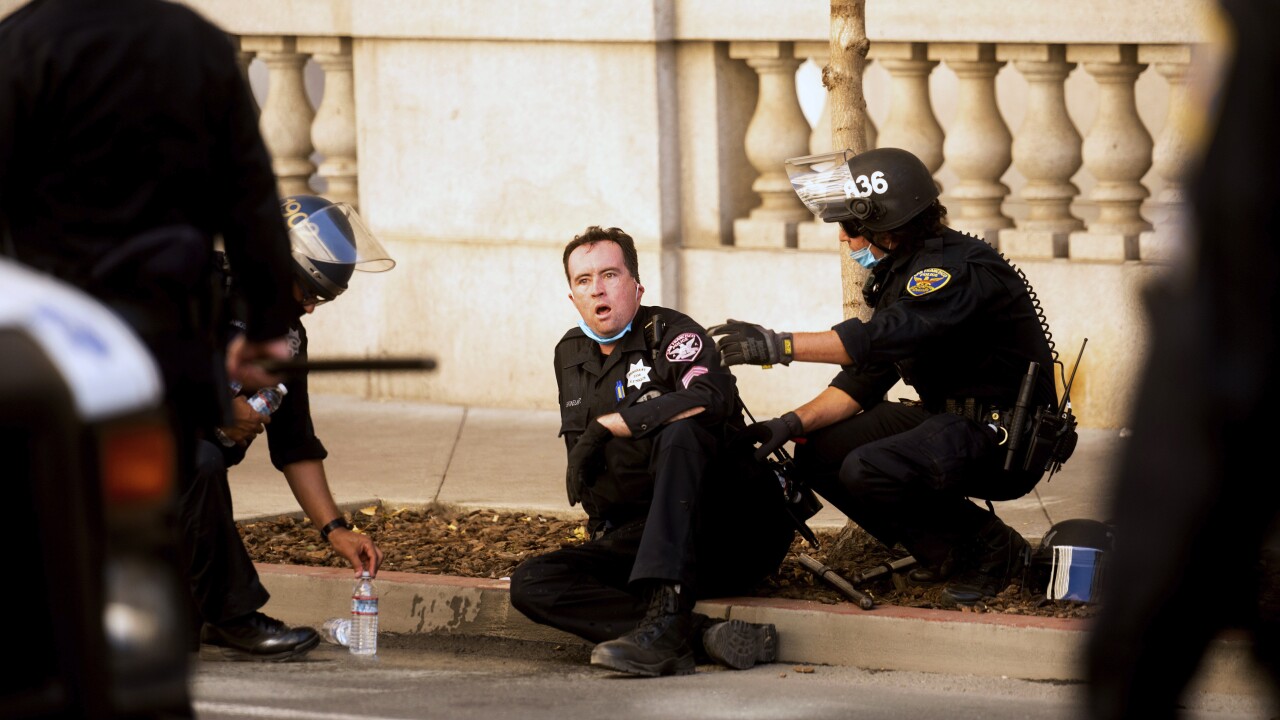 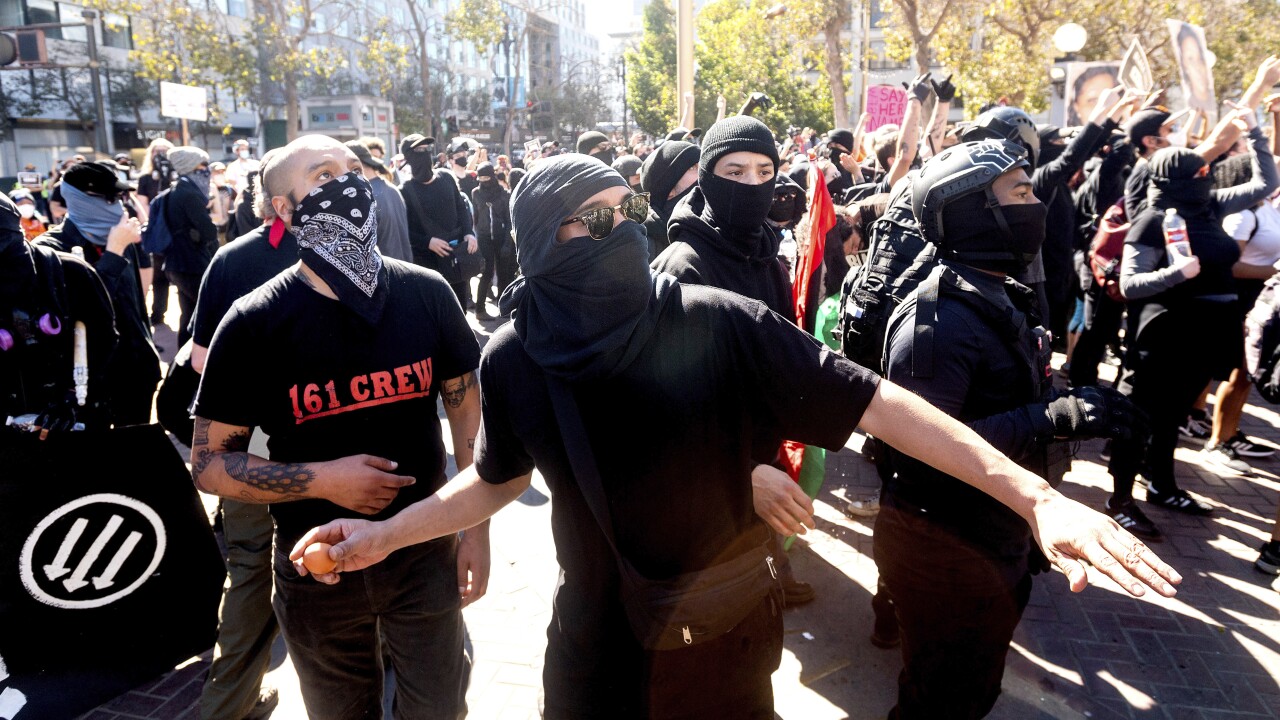 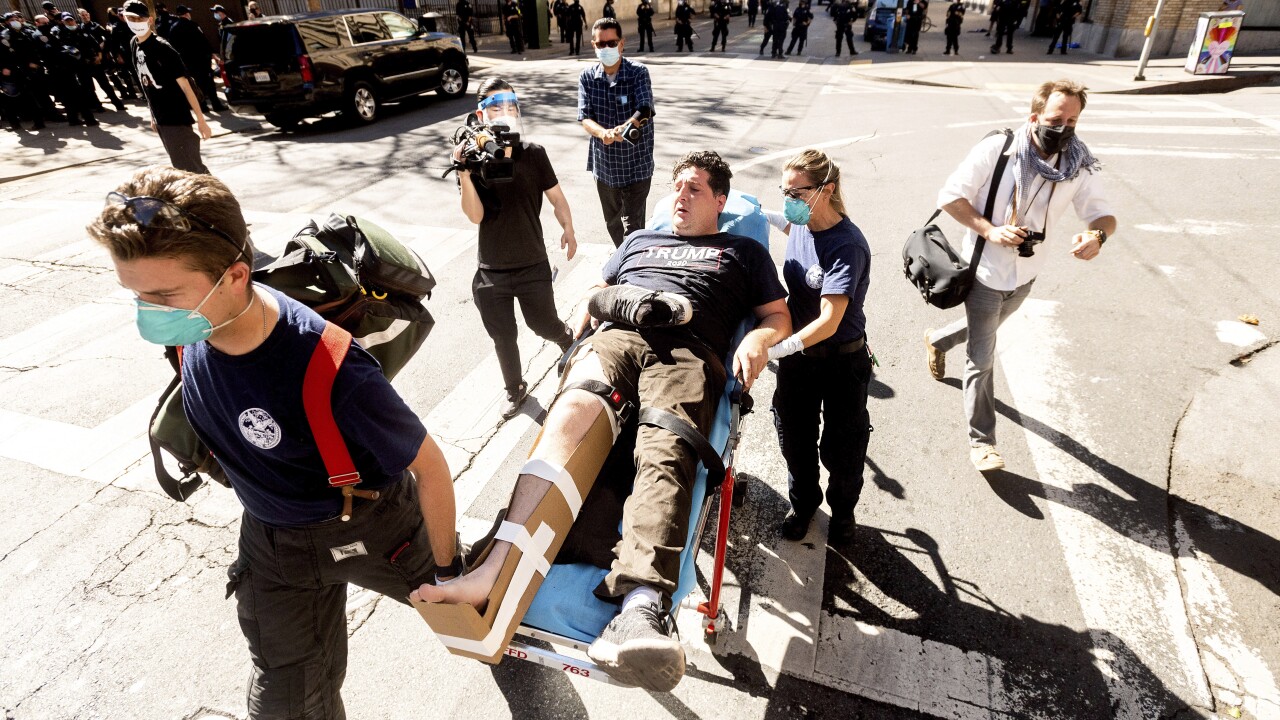 They threw punches and glass bottles, knocking out the front teeth of the organizer of the event.

Philip Anderson, the organizer of the event by Team Save America, posted photos to social media of his bloody mouth with a front tooth missing and another hanging loosely.

The group organized the rally to protest Twitter, which it said squelches conservative speech.

A photographer working for The Associated Press witnessed a Team Save America activist taken away in an ambulance and an injured San Francisco police officer on the ground by the city's United Nations Plaza.