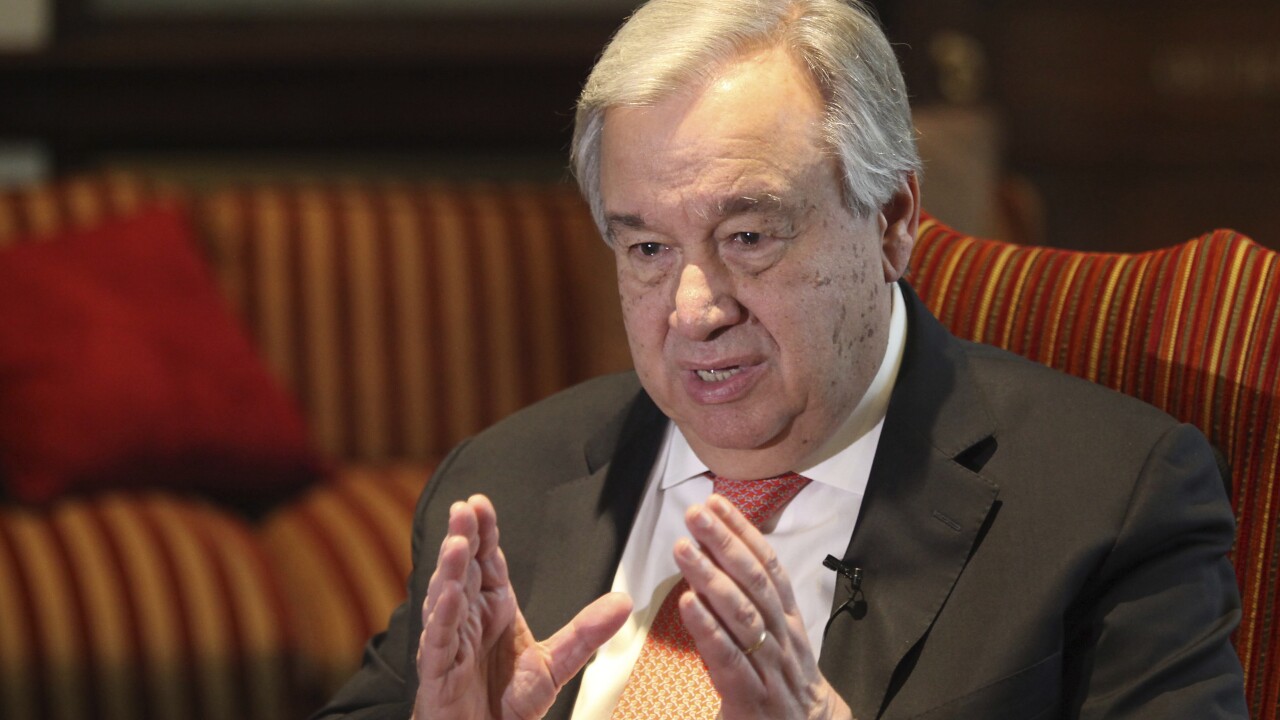 Copyright 2020 The Associated Press. All rights reserved.
K.M. Chaudary/AP
FILE - In this Feb. 18, 2020, file photo, U.N. Secretary-General Antonio Guterres speaks during an interview with The Associated Press in Lahore, Pakistan. The United Nations announced Saturday, Oct. 24, 2020 that 50 countries have ratified a U.N. treaty to ban nuclear weapons triggering its entry into force in 90 days, a move hailed by anti-nuclear activists but strongly opposed by the United States and the other major nuclear powers. U.N. Secretary-General Antonio Guterres commended the 50 states and saluted “the instrumental work" of civil society in facilitating negotiations and pushing for ratification, U.N. spokesman Stephane Dujarric said.(AP Photo/K.M. Chaudhry, File)

The United Nations has confirmed that 50 countries have ratified a U.N. treaty to ban nuclear weapons, triggering its entry into force in 90 days.

The announcement was hailed by anti-nuclear activists but has been strongly opposed by the United States and the other major nuclear powers.

As of Friday, the treaty had 49 signatories, and U.N. officials said the 50th ratification from Honduras had been received.

Beatrice Fihn, head of the Nobel Peace Prize-winning coalition that campaigned for the treaty, said since the nuclear attacks on Japan in World War II nuclear disarmament has been a long-sought goal.