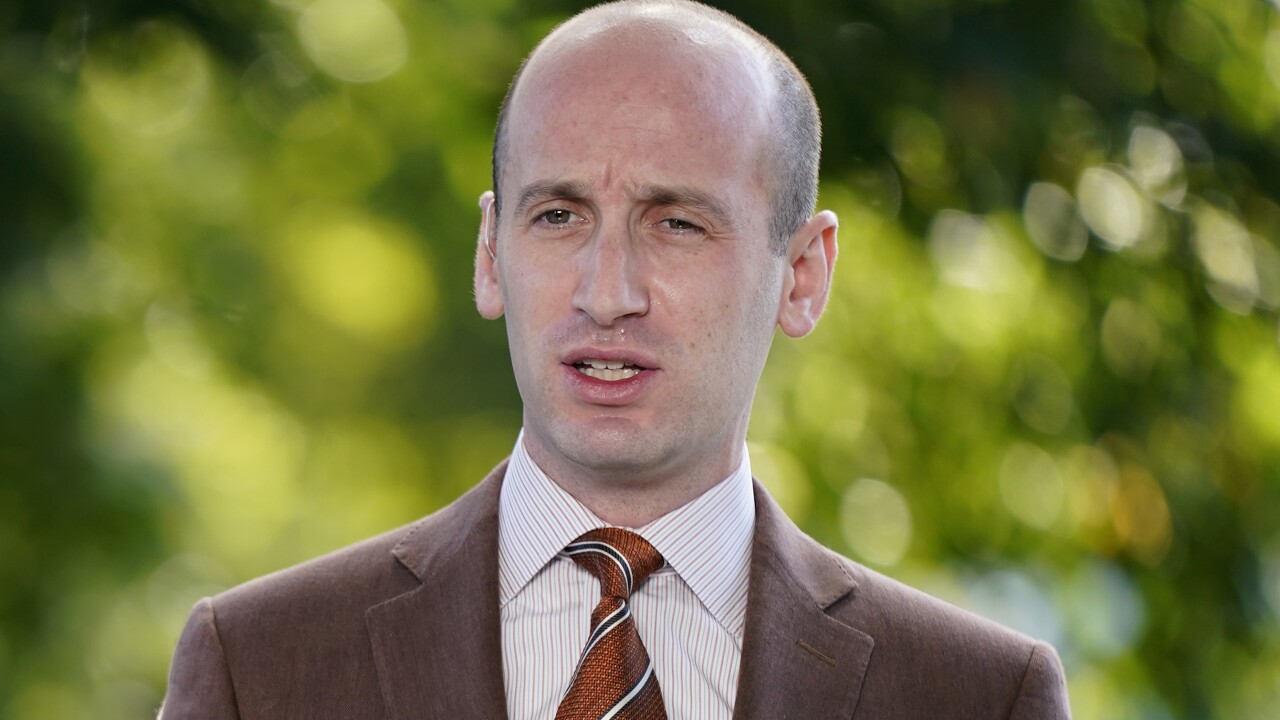 Copyright 2020 The Associated Press. All rights reserved.
Patrick Semansky/AP
FILE - In this Aug. 20, 2020, file photo President Donald Trump's White House Senior Adviser Stephen Miller speaks during a television interview outside the White House in Washington. One of President Donald Trump's top immigration priorities in a second term would be to use agreements with Central American governments as models to get countries around the world to field asylum claims from people seeking refuge in the United States, Miller said Friday, Oct. 23. (AP Photo/Patrick Semansky, File)

A top adviser to President Donald Trump says a key second-term priority on immigration, if the president is reelected, would be using agreements with Central American governments as models to get countries around the world to field asylum claims from people seeking refuge in the United States.

Stephen Miller, a key architect of Trump’s immigration policies, tells The Associated Press that the agreements would help stop “asylum fraud, asylum shopping and asylum abuse on a global scale.”

Like many of Trump’s policies that have dramatically transformed the U.S. immigration system, the bilateral agreements are being challenged in court.