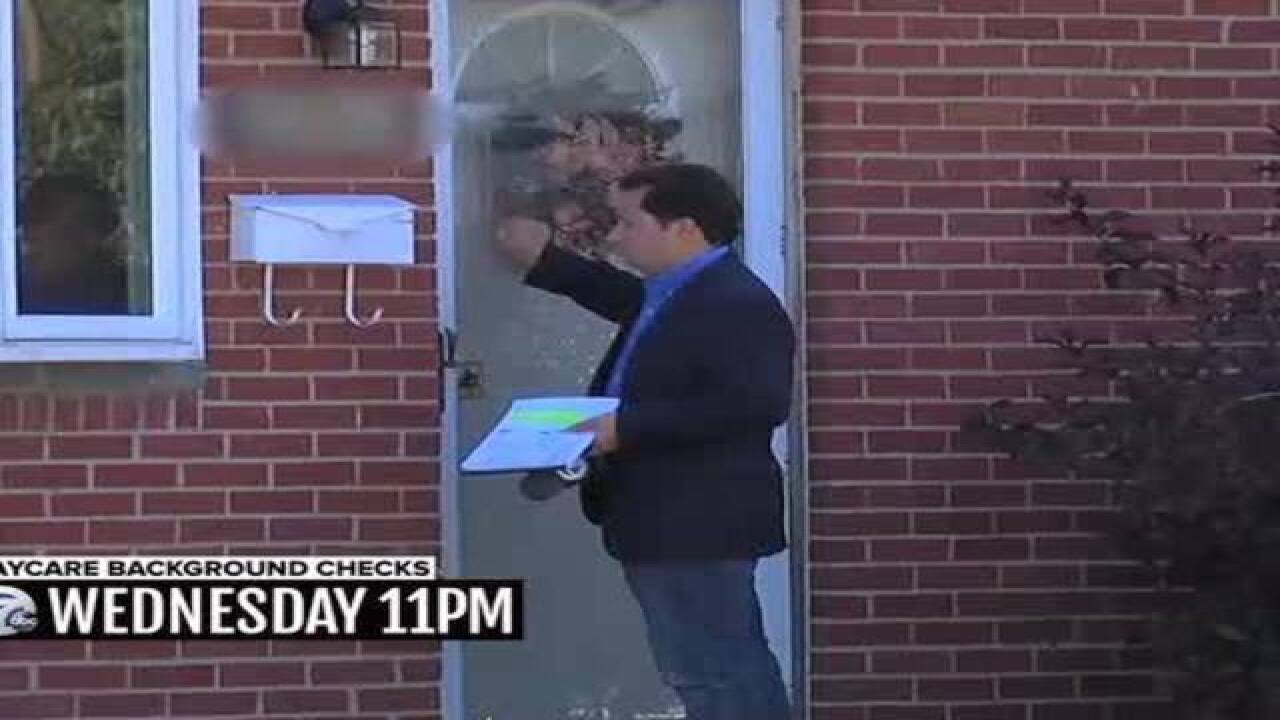 The documents are disturbing: court, medical and CPS files, all obtained by the 7 Investigators.

They show a mother of four, accused by two of her then teenaged daughters of severe verbal and physical abuse. Allegations of punching her child in the face - leaving a black eye - and choking her, and hitting her child with a frying pan.

The children needed psychiatric care, one of them even attempting suicide by downing bleach at the age of 14.

In court records, the mother admitted to using corporal punishment.

After a medical evaluation, a Wayne County judge ordered the children removed from their mother's physical custody.

Around the same time this case was going through the courts, the mother, who we have chosen not to name, was hired at a federally funded daycare in Detroit - New St. Paul Tabernacle Head Start.

According to records we uncovered, she oversaw nearly 50 children ages 2 to 5. This, mind you, while a judge in the same county was determining she was unfit to parent her own children.

Over the phone, New St. Paul's director told us the agency conducted all required background checks on their employee, including one that should show if someone is on the state's central registry of known child abusers.

We asked to visit the agency to talk further, and were invited. But when we arrived with cameras, we were told they were not authorized to do an on-camera interview.

State documents we uncovered show the agency failed to properly notify the state of the woman's promotion to program director until it was discovered by licensing regulators nearly a year later. The state must approve the credentials of such a person first.

But still, the agency says they did all they were supposed to do. They also noted they fired the employee two months ago on unrelated grounds.

We contacted child protective services. Due to confidentiality laws they are unable to confirm any details regarding child abuse cases, and whether or not someone is actually on, or was ever on the central registry.

They also say, just because someone may not appear on the registry does not mean abuse allegations aren't legitimate.

Finally, we attempted to speak with the mother and former daycare worker at her home.

"Its not true," the woman told us through her front door, before closing it.

She refused the opportunity to defend herself and clear up the accusations made against her by her children.

A short time later she called us by phone, but once again refused to answer questions. Instead, she lashed out verbally and threatened to sue us  and her children, one of whom told us in an off camera interview she still fears her mother each and every day.

So what can parents do?

As we uncovered, privacy laws don't allow for much, and leave you at the mercy of the child care provider and its due diligence.

However experts say during the interview process, parents should ask about the type of background checks conducted and who is screened. In some places, you can be provided a copy of those checks.