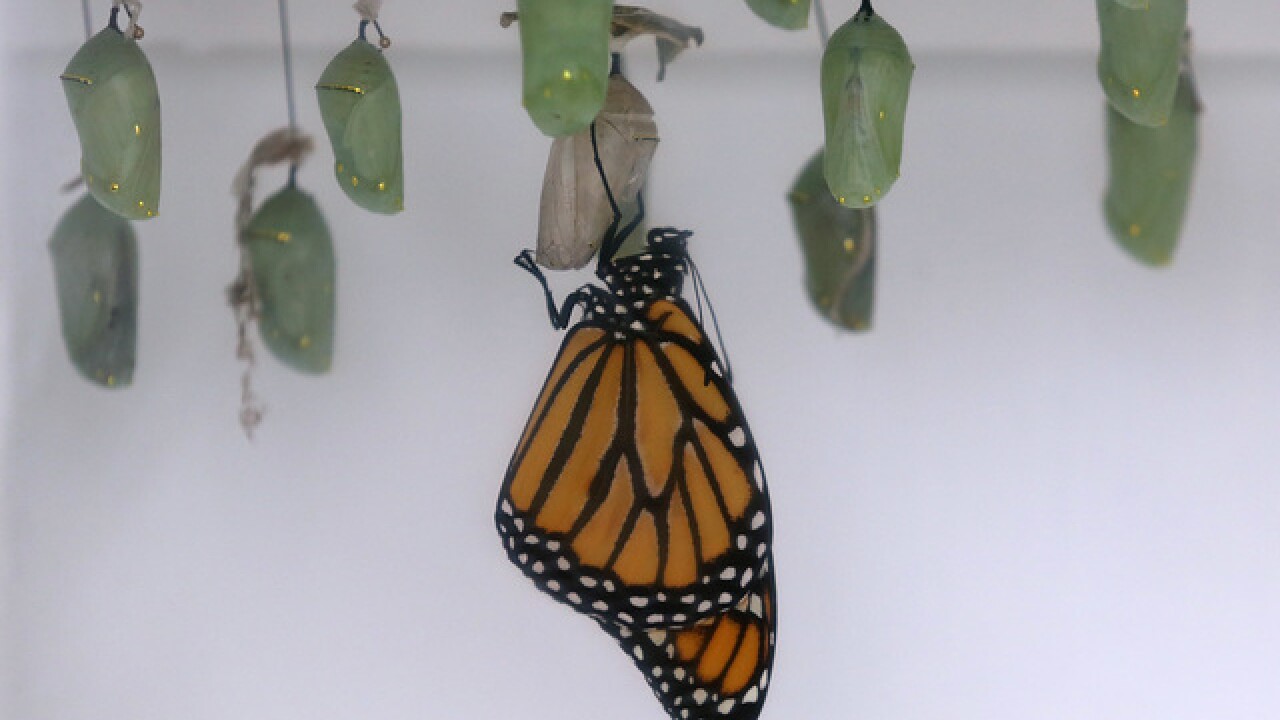 Copyright Getty Images
Justin Sullivan
<p>SAN FRANCISCO, CA - MAY 08: A Monarch butterfly hangs from its cocoon during the first day of the "Butterflies and Blooms" exhibit at the Conservatory of Flowers in Golden Gate Park on May 8, 2013 in San Francisco, California. The popular "Butterflies and Blooms" exhibit has returned to the Conservatory of Flowers and features more than 20 species of North American butterflies including Monarchs, Western Swallowtails and more. (Photo by Justin Sullivan/Getty Images)</p>

Officials in northern Michigan are working to get rid of an invasive plant that poisons monarch butterflies.

The black swallow-wort was recently spotted in the Grand Traverse County community of Kingsley, the Traverse City Record-Eagle reported . The vine has heart-shaped leaves and small, dark purple flowers. The plant, which typically grows along roadsides, pastures and gardens, can choke out native vegetation and poison insects and wildlife.

"It is quite difficult to remove," said Emily Cook, outreach specialist with the Northwest Michigan Invasive Species Network. The nonprofit organization is studying whether the plant has been found elsewhere in Benzie, Grand Traverse, Leelanau and Manistee counties.

The plant attracts monarch butterflies, which often lay their eggs on the plant, Cook said. But caterpillars will be poisoned when they hatch and begin to eat the plant.

"It's toxic to caterpillars when eaten," Cook said.

The plant also has sap that's toxic to mammals and insects, and produces pathogens that stop other plants from growing around it, said Joanne Foreman, the invasive species communication coordinator for the Michigan Department of Natural Resources.

"There's a lot of concern about this plant," she said.

Black swallow-wort has a complicated root system, so pulling the plant can sometimes help the invasive vine spread, Cook said. The best way to kill the invasive plant and cut down the risk of unintentionally spreading it is to use an herbicide, she said.