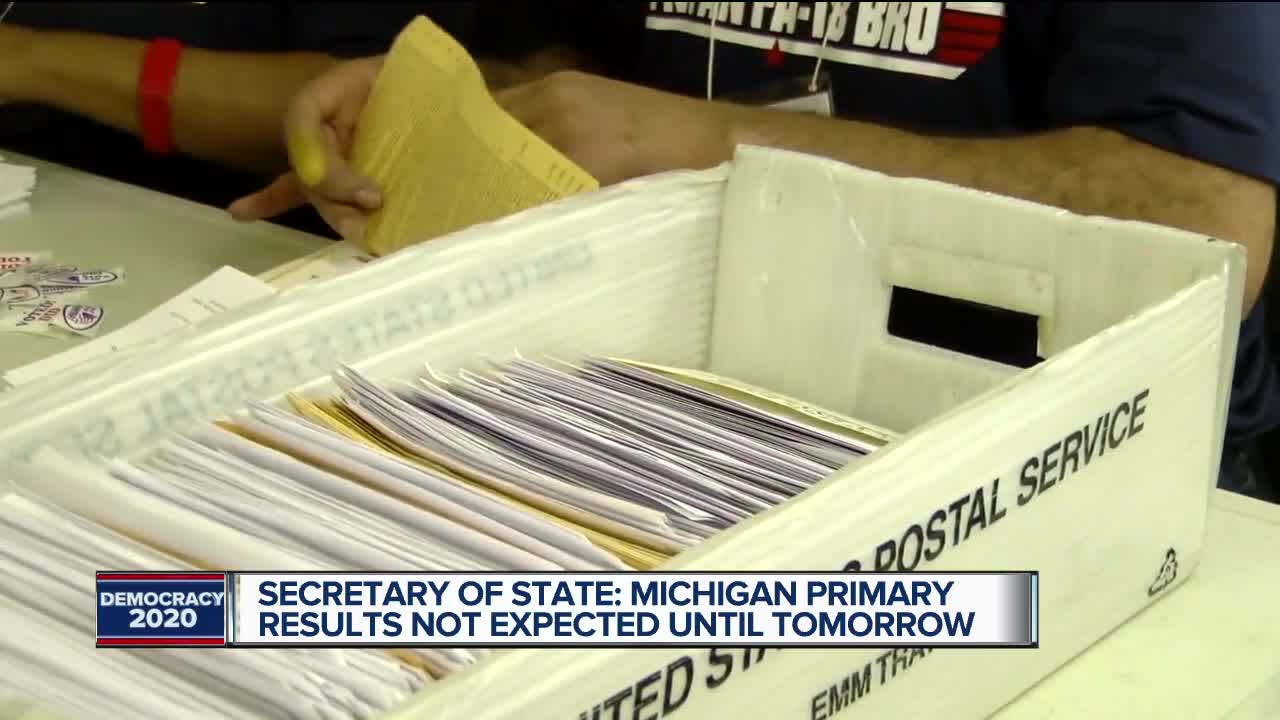 Secretary of State in Michigan says primary results are not expected until Wednesday.

Michigan Secretary of State Jocelyn Benson said they may not know the results of Michigan's presidential primary until Wednesday.

Benson said that as of Tuesday morning, there have been 804,216 absentee ballots returned in the state, up 60 percent from 2016.

Those absentee ballots can't be counted today, and there are hundreds of workers inside counting.

This is due to a constitutional amendment passed in 2018 that expanded access to voting – including not needing a reason to vote absentee and same-day voter registration.

"This means that across Michigan clerks and their teams will have significantly more work to do today than on previous election days, and that the results of today’s elections may not be known until well into Wednesday," Benson said in an op-ed published Tuesday morning in USA Today .

Come November, Benson said there will be new systems in place that will make the results quicker, but she's also urging the legislature to allow absentee ballots to be prepared for counting beofre election day like 18 other states allow.

As for the same-day registration and voting, Benson said that roughly 7,000 people have taken advantage of it.