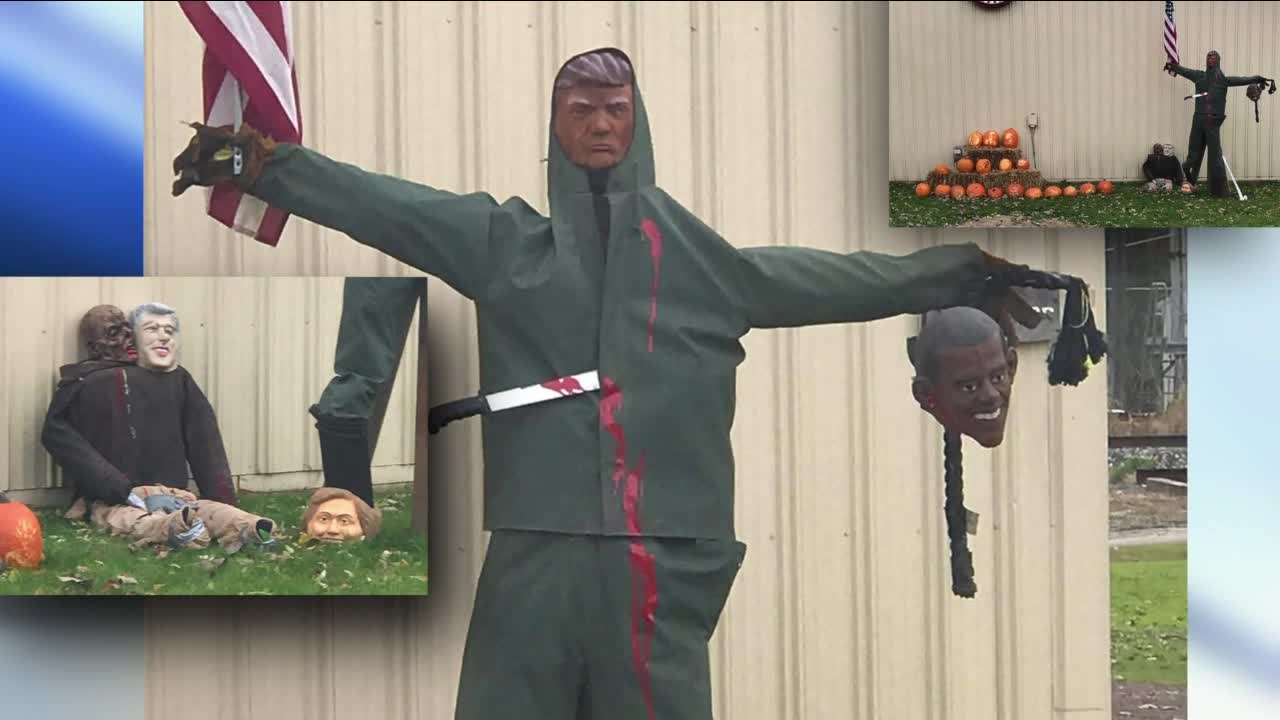 A Halloween display featuring President Donald Trump and former President Barack Obama put up outside of a Fowlerville auto shop has drawn concern and even death threats to the owner. 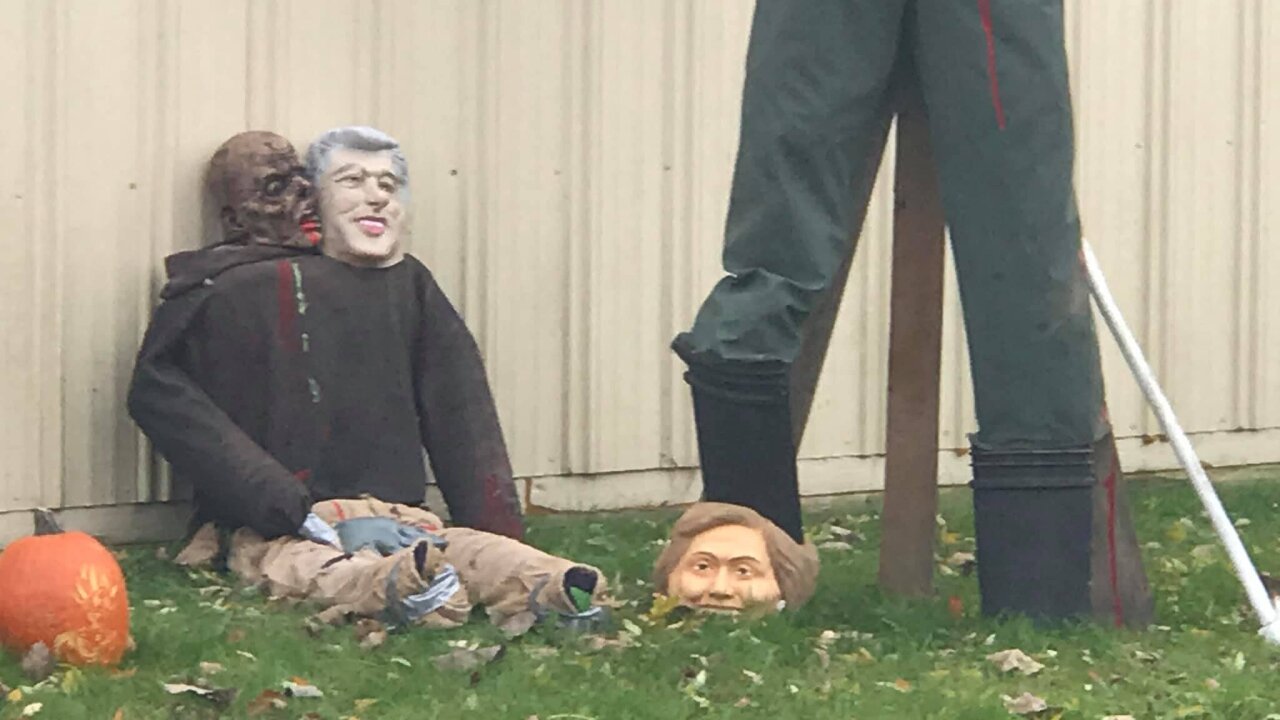 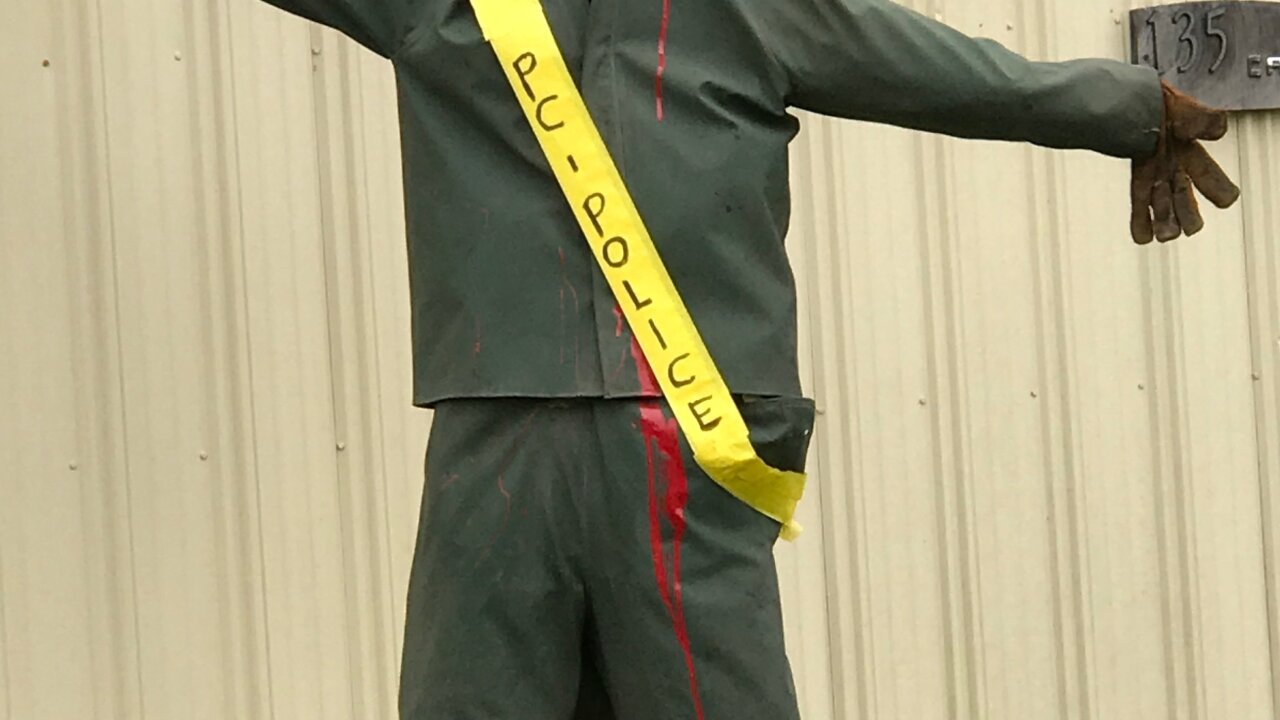 A Halloween display featuring President Donald Trump and former President Barack Obama put up outside of a Fowlerville auto shop has drawn concern and even death threats to the owner.

The original display was put up three weeks ago outside of Quality Coatings on Carr Street. It was a scarecrow with Trump’s facemask holding a rope and Obama’s facemask at the bottom of the rope. Under the Trump scarecrow foot was a Hillary Clinton mask.

Just a few days ago, the auto shop owner took down the rope and Obama’s head and placed a sash on the Trump scarecrow that says, “PC Police.”

A post on social media displaying the original decorations went viral, with many claiming the rope looked like a noose.

The shop owner, who refused to go on camera with WXYZ-TV’s Brian Abel, says it was not meant to be racist, rather the rope was meant to look like a spine and a move from the game Mortal Kombat.

"I feel like it was supposed to be a noose and he says there’s no winners, yet who’s holding Obama's head?," said Ashley Tyler who lives near the display.

A Secret Service spokesperson would not tell WXYZ if there was an active investigation into the display.

“The Secret Service does not confirm or comment on the absence or existence of specific investigations.”

The Quality Coatings Facebook page has been removed after the owner said he received multiple negative reviews.