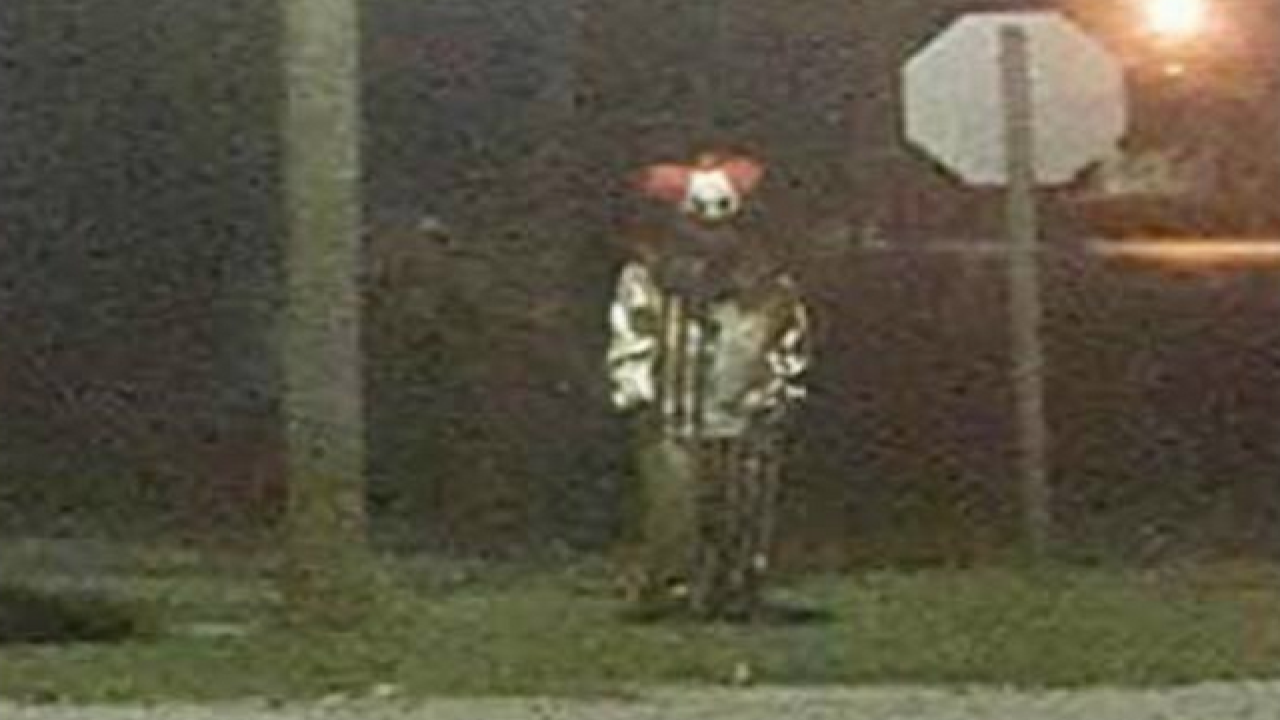 A creepy clown was spotted in Lake Orion Monday night behind an ice cream shop.

A man, who wishes to remain anonymous, took a picture of the clown standing near Eva's across from a cemetery at Indianwood and Lapeer.

The man tells us the clown ran away after he took a picture.

People are on edge after an uptick in "creepy clown" sightings have been reported across the nation.

The man calls this clown a "harmless prankster."

This isn't the first "creepy clown" sighting in metro Detroit. On Sunday, a clown was spotted waving outside a car wash in Clinton Township.

The Troy School District also sent out a letter to parents of Larson Middle School and Athens High School students this week regarding a clown scare:

I wanted to give you an update on the clown prank yesterday outside Athens High School. Police have located the individual responsible and have spoken to him about this incident (and others reported by neighbors.) Though he is not a TSD student, he will not be allowed on school property in the future.  He is cooperating with authorities and has agreed not to try to scare people in this manner again.

As I said yesterday, this is also a good time to talk with your older children about the dangers of copying this "prank." It may seem funny or harmless to teens but these costumes often include "weapons" and can be very frightening to those approached. Unfortunately, communities around the country are seeing increased incidents of this nature and we would like to prevent any further disturbances.

We are happy that this case came to a quick resolution and are confident that this young man will not be bothering students as they walk to or from school.

Troy police are warning pranksters that dressing up as clowns to scare people isn't a good idea at this time:

Troy Clowns: Please consider that the folks you are targeting may feel threatened and defend themselves. #ClownSighting @killerclowntroy https://t.co/wuYK3cGVuW