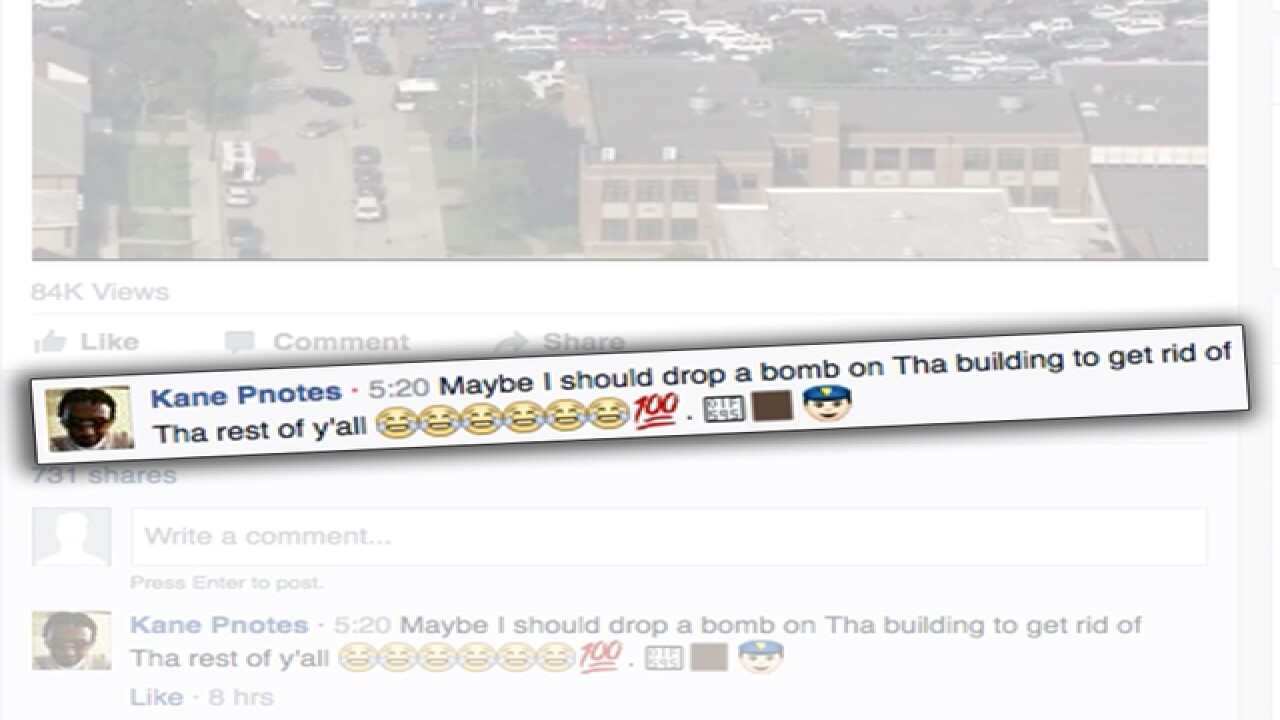 <p>An image from Facebook shows a threatening statement made during Friday's funeral.</p> 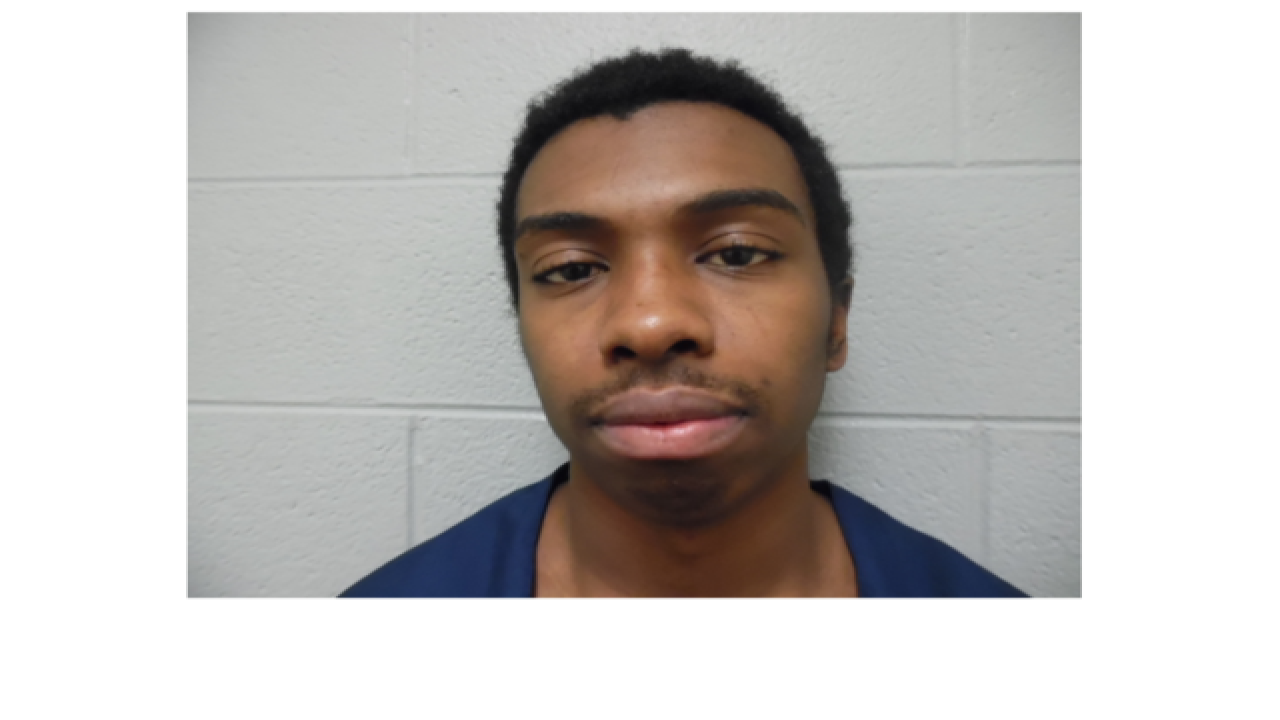 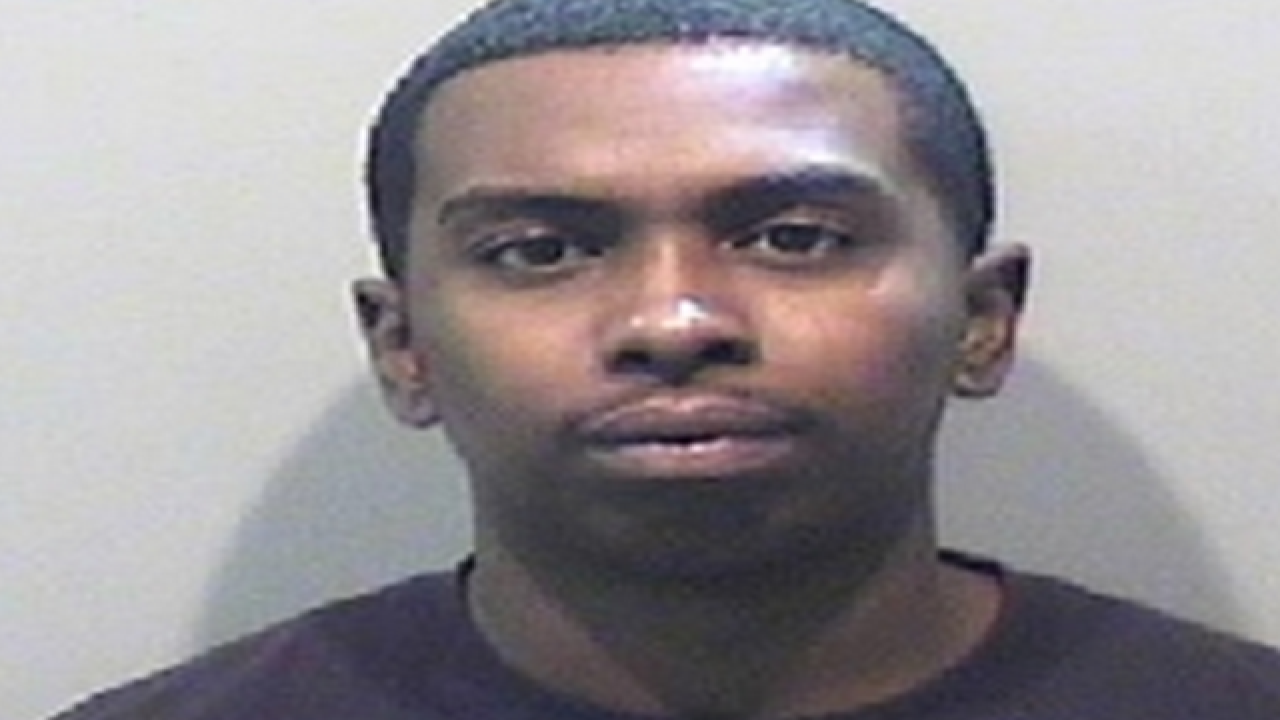 A man is facing charges after posting a threat against officers on WXYZ's Facebook page during a live stream of the funeral for Detroit Police Sgt. Kenneth Steil, according to a criminal complaint filed in federal court.

Deshawn Maurice Lanton (aka Kane Pnotes on social media) is accused of writing, "maybe I should drop a bomb on the building to get rid of the rest of y'all" on the Facebook live stream showing the funeral on September 23 in St. Clair Shores.

According to the criminal complaint, investigators discovered that Lanton had public pictures of him posing with multiple firearms, smoking marijuana and calling himself a member of the "Money Gang." He is also accused of posting a number of videos showing police officers getting hurt and indicating "how pleased he was to see officers being injured."

Lanton is on probation with the Michigan Department of Corrections -- and has been convicted of fleeing police, assaulting/resisting/obstructing police and receiving/concealing stolen property.