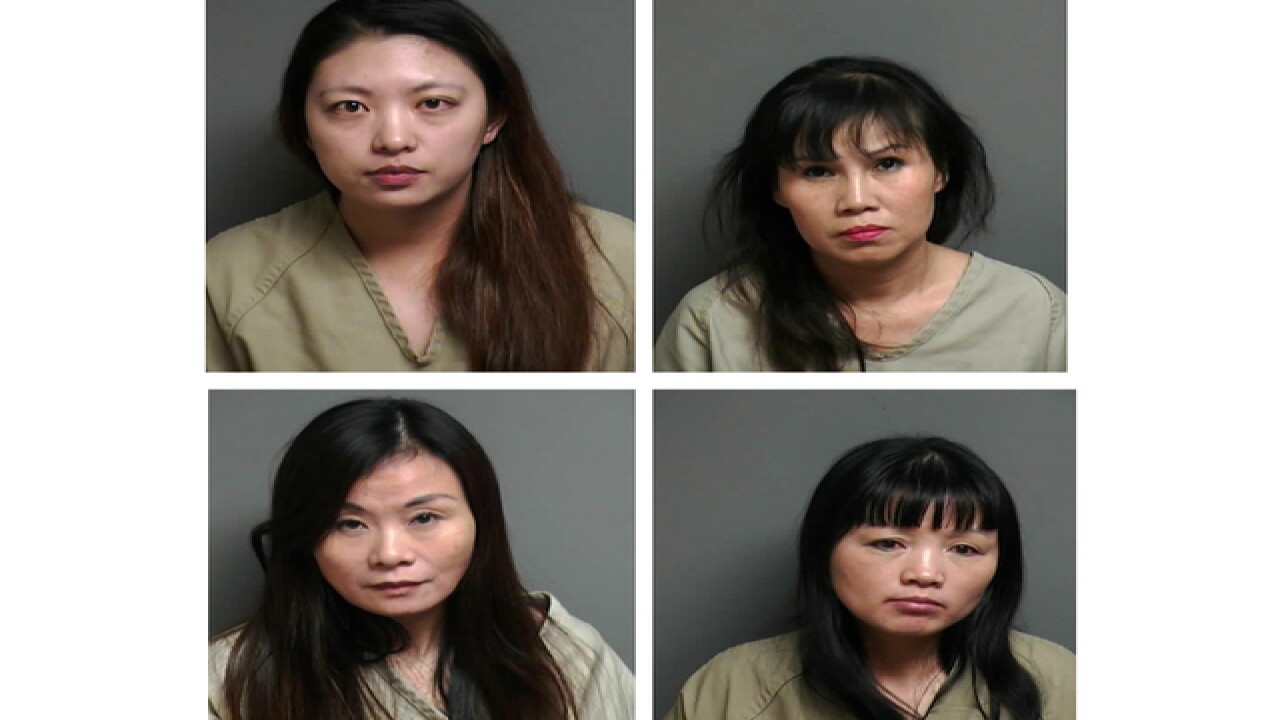 We're told deputies received a tip last November that workers at the Sun Chinese Spa in the 36000 block of Jefferson in Harrison Township were offering sex acts to male clients.

The sheriff's office opened an investigation and learned the business had been advertising for customers on a popular website. On January 14, after surveillance and visits by undercover detectives, a search warrant was executed at Sun Chinese Spa and five employees were arrested.

The business was shut down and the records were seized.

Four of the women, Meijuan Yu, 49, Suhua Mei, 44, Hongmei Qu, 26, and Xiaoying Yu, 51, were charged with using a computer to commit a crime, maintaining a house of prostitution and accosting and soliciting.

The fifth woman was released as she arrived the same day the search was conducted.

The women are due back in court on January 27.