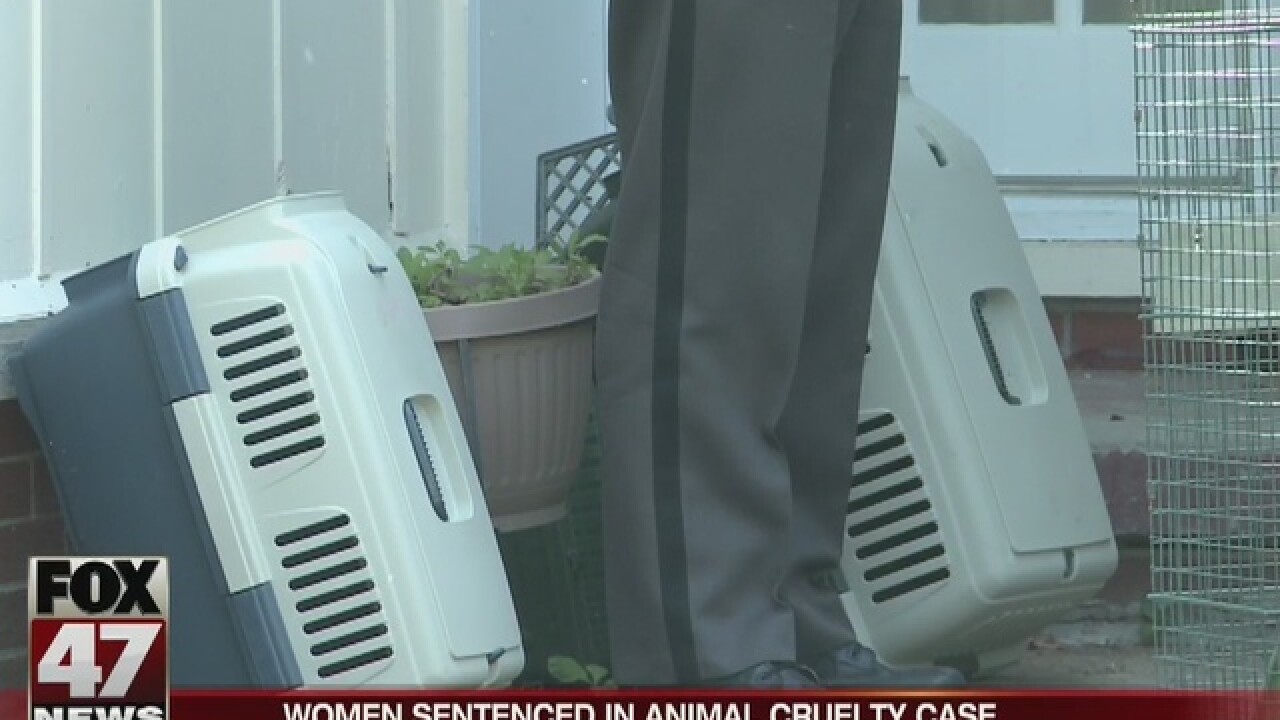 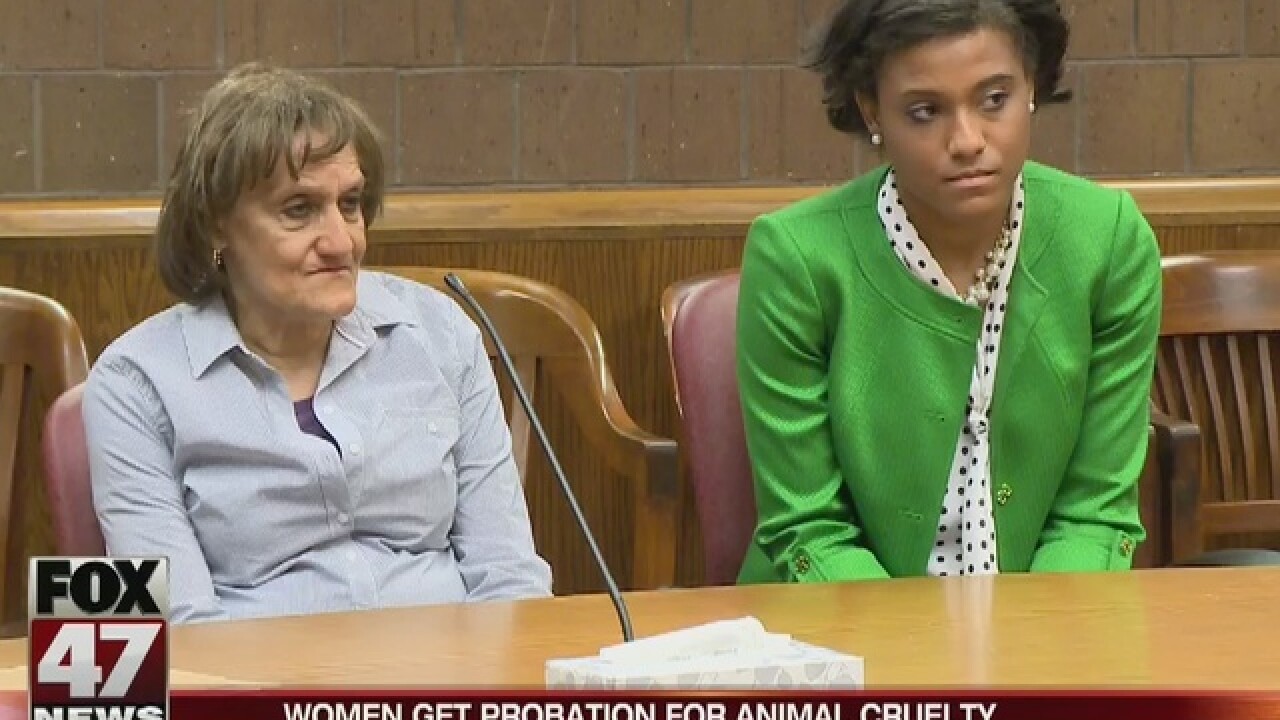 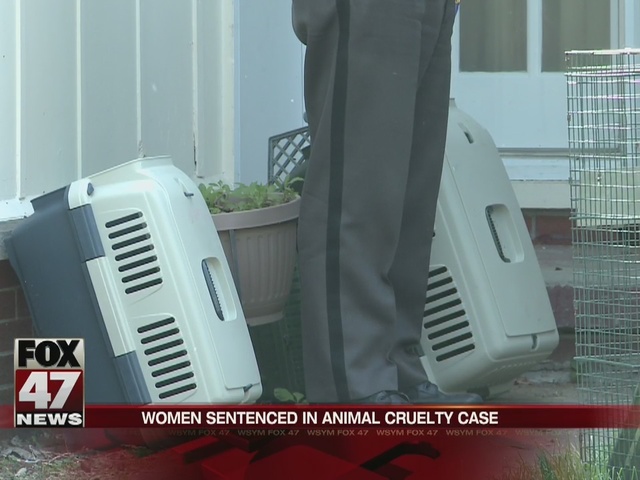 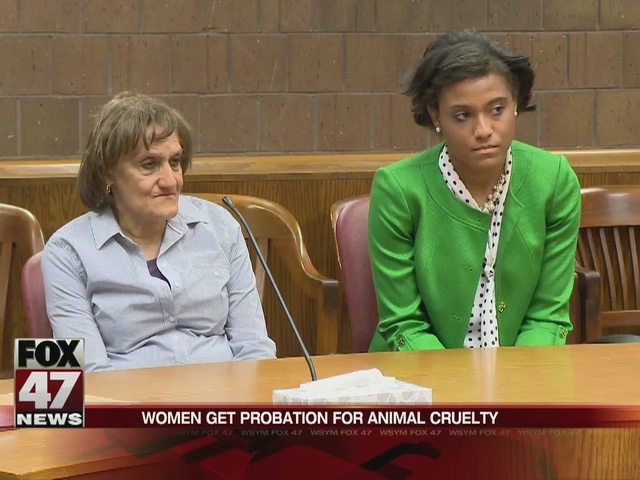 The mother and daughter who were facing charges for animal cruelty have been sentenced.

Lanni and Amanda Price were given two years probation and have to pay more than $62,000 in restitution.

Authorities removed more than 120 cats from their Lansing Township home, nearly 100 of which were found dead or had to be euthanized.

More than half of the restitution will go towards repairs of the home they were renting.