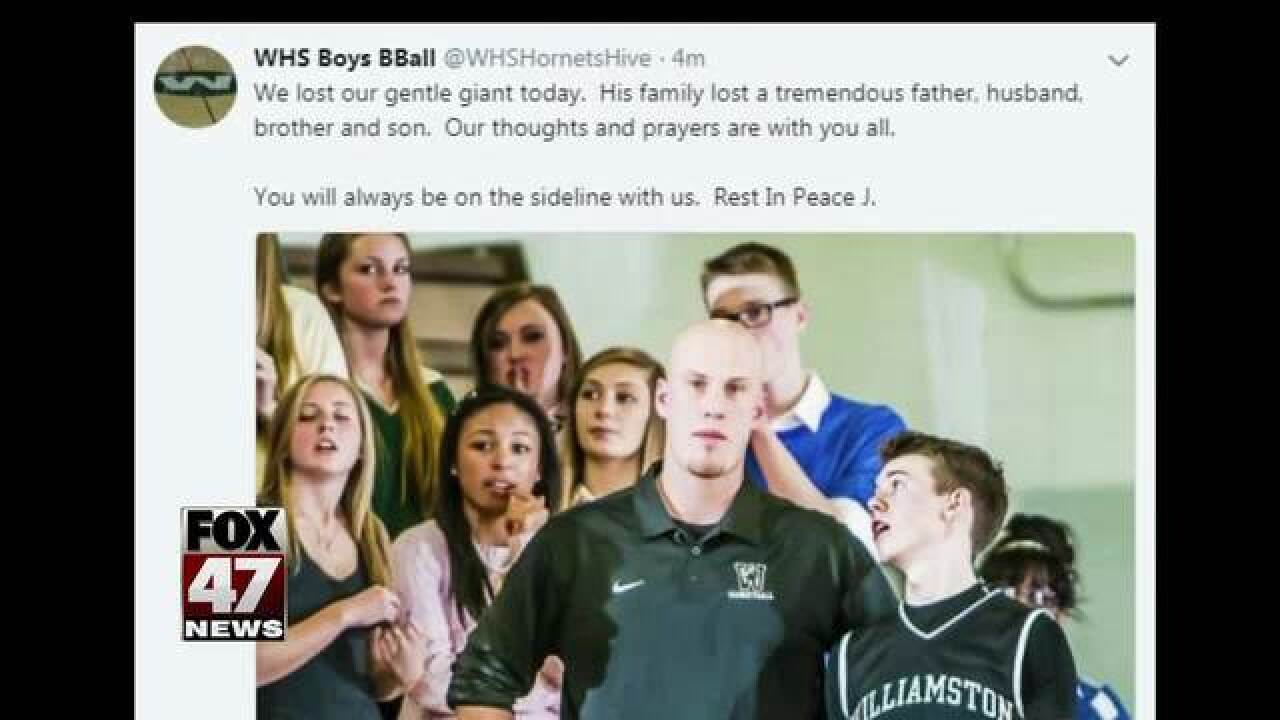 Bauer helped lead one of the area's most successful high school boys basketball programs in Mid-Michigan during his time on the bench with the Williamston Hornets, before stepping away in March of 2016. The Hornets played into the Class B state semifinal game in 2016.

The Williamston boys basketball Twitter handle tweeted a photo of Bauer and said: " We lost our gentle giant today. His family lost a tremendous father, husband, brother and son. Our thoughts and prayers are with you all. You will always be on the sideline with us.