Who is Mel Tucker? 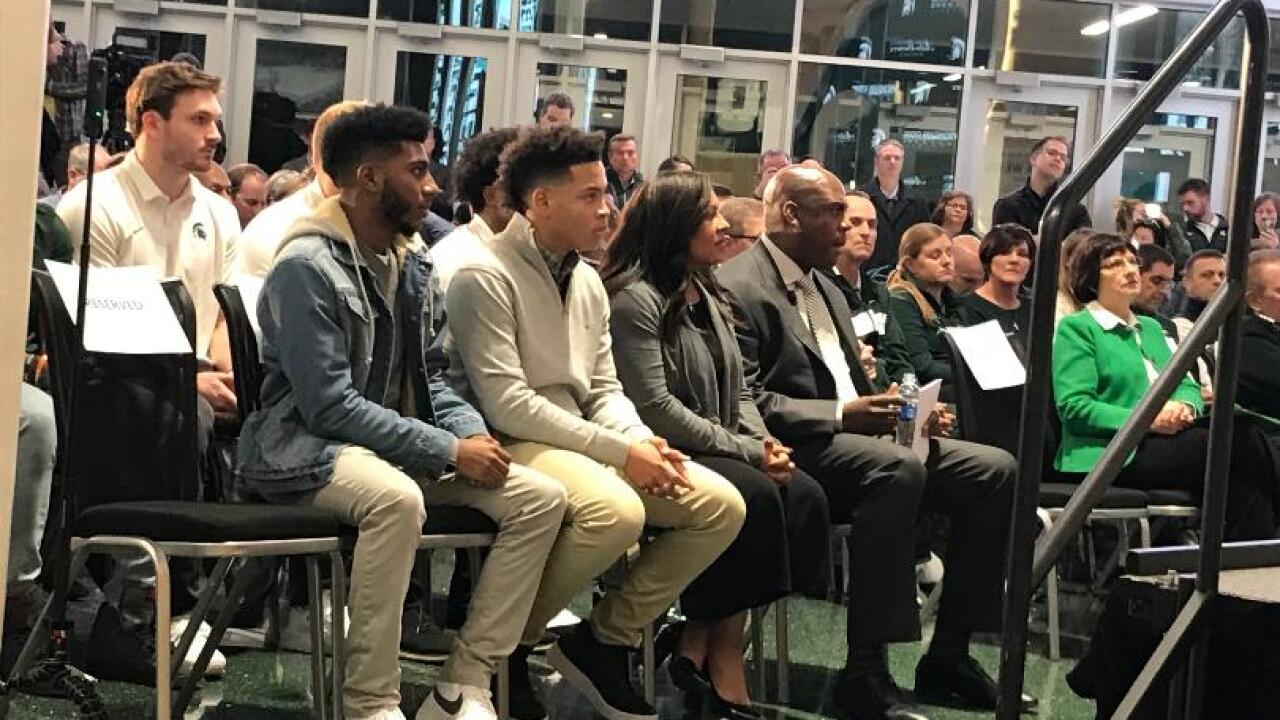 Tucker comes to East Lansing after one year as the head coach in Boulder; the Buffaloes went 5-7 in his single season as head coach.

Before his time at Colorado, Tucker was the Defensive Coordinator and Defensive Backs Coach at the University of Georgia from 2016-2018. There, he helped the Bulldogs to a 32-9 record, as well as the school's first SEC Championship in 12 years in 2017.

Tucker also spent 10 years (2005-2014) in the National Football League, coaching with the Cleveland Browns, Jacksonville Jaguars, and the Chicago Bears. He coached five games as an interim Head Coach for the Jaguars.

Before the NFL, Tucker was in the college ranks, serving as a Defensive Backs Coach for Ohio State, Louisiana State and Miami (Ohio).

His first coaching experience came in 1997. Tucker coached two years as a graduate assistant for the Spartans under Nick Saban, Alabama head football coach, and his predecessor, Mark Dantonio.

Saban released a statement regarding Tucker's move to MSU.

"I've known Mel Tucker since my days coaching at Michigan State when he was a graduate assistant on our staff. Since then, Mel has made a name for himself as one of the best and brightest coaches in our profession. I believe he will do a tremendous job as head coach of the Spartans. MSU is getting a guy with infinite class and a great personality, who is smart, works hard and does it with an incredible amount of enthusiasm and positive energy. Mel is a tireless recruiter who knows the game of college football and understands what it will take to be successful in East Lansing."

Octavis Long, who played under Tucker, also had words of encouragement for Tucker.

"He was one that cared for his players, cared for everyone in the program and he was going to do everything he could to make you the best player you could be," said Long. "I think this is a place (East Lansing) that he always considered home because this was the beginning and I know for a fact that it was always in the back of his head that if he had the opportunity to come back home and coach, he would. I know that Michigan State has got the right guy in Coach Tucker. I love Coach Dantonio, trust me, I love Coach Dantonio, but today is great day for Michigan State football and I'm extremely excited, you know, for the future."

Tucker brings a strong recruiting resume to Michigan State. He was ranked the No. 14 overall recruiter in the country ahead of the 2018 season and his 2020 class at Colorado was ranked 35th in the nation.

A Cleveland, Ohio native, Tucker has a wife (JoEllyn), who according to The Florida Times-Union accepted his marriage proposal on their first date, and two kids, Joseph (16) and Christian (14), who share the same birthday (Feb. 18th).

WATCH the video below from Coach Tucker recorded on a plane from Denver to Lansing for his meeting with the MSU Board of Trustees at 5 p.m. and a press conference at 6:30 p.m.