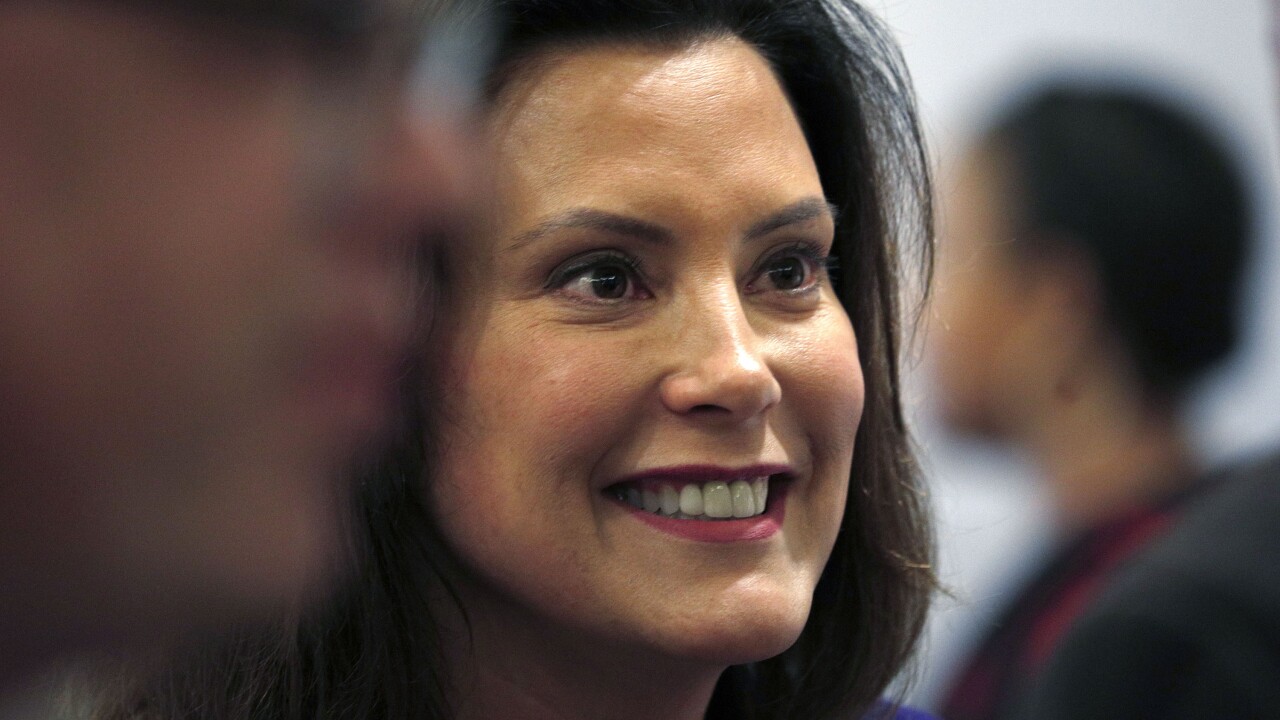 LANSING, Mich. (AP) — Democratic Gov. Gretchen Whitmer said Friday that she will ask the Republican-led Legislature to change newly enacted work or job-related requirements to qualify for Michigan's Medicaid expansion program, saying that between 61,000 and 183,000 residents could lose coverage should the rules take effect in 2020, as scheduled.

Whitmer disclosed her plan in a letter to Seema Verma, administrator of the federal Centers for Medicare and Medicaid Services. The Trump administration in December approved the state's requirements and signed off on a waiver that then-Gov. Rick Snyder said would also extend the Medicaid expansion, known as Healthy Michigan, through 2023.

"As governor, I am committed to doing everything in my power to defend Healthy Michigan and protect coverage for the 680,000 Michiganders who rely on it for quality care," Whitmer said in a statement. "That's why I plan to take steps in the coming weeks to work with our partners in the Legislature to change the Healthy Michigan Plan so that it preserves coverage, promotes work, reduces red tape and minimizes administrative costs."

At the time the federal waiver was issued, Snyder's office said the requirements could affect about 400,000 of the 663,000 people who were covered through the expansion program. Many, however, will probably qualify for one of many exemptions.

Whitmer, however, pointed to a report released this week by Manatt Health, which estimates that 61,000 to 183,000 — or between 9 percent and 27 percent of the Medicaid expansion population — will lose coverage over a one-year period. The study was funded by State Health and Value Strategies, a program of the Robert Wood Johnson Foundation. The estimate is higher than one made last year by the nonpartisan House Fiscal Agency, which said caseloads could drop by between 5 percent and 10 percent.

At the time Michigan's law was enacted, Whitmer wrote, its effects were "speculation" because work rules in other states had not taken effect. She said in Arkansas, 18,000 people lost their insurance in the first seven months — "and Michigan's statute is more sweeping ... threatening a broader range of adults with more exacting reporting demands."

In Michigan, abled-bodied adults ages 18 to 62 who want to keep their coverage will have to show workforce engagement averaging 80 hours a month — through work, school, job training or vocational training, an internship, substance abuse treatment or community service.

Republican lawmakers have defended the law, saying it will help fill job openings.