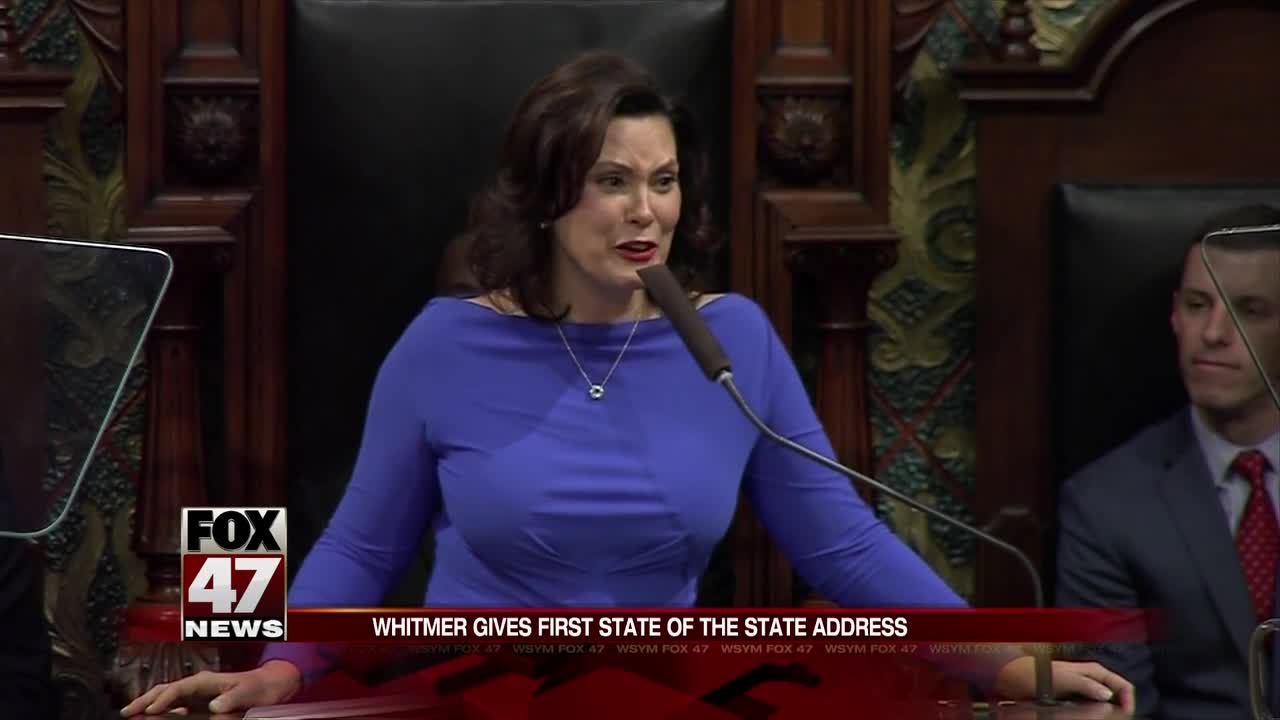 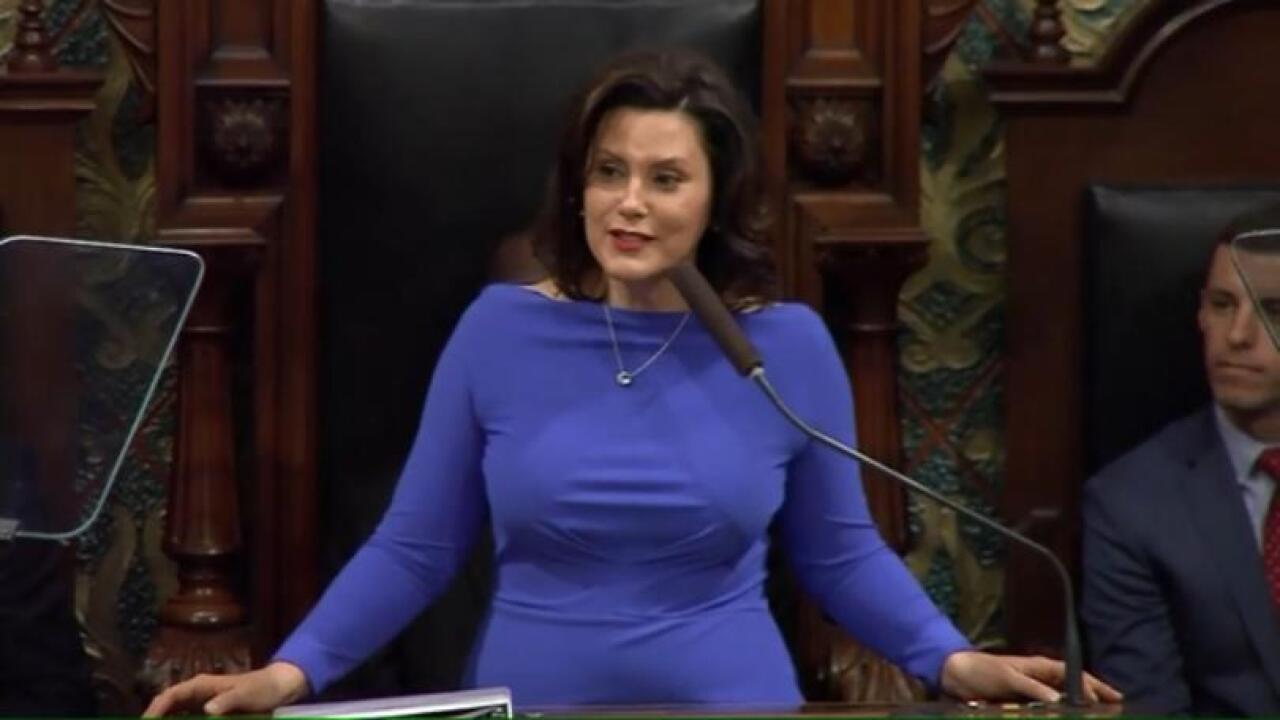 The Democrat, in her first State of the State address, said she did not run to "manage the decline of our state" but rather to make sure it "is one where our kids stay and families thrive."

Whitmer announced a goal of increasing the number of residents with a postsecondary credential — an industry certificate, associate degree or higher — to 60 percent by 2030, from 44 percent as of 2016.

She also proposed that the state provide graduating high schoolers two years of tuition-free education at a community college — with no means testing — or a two-year maximum $2,500 annual scholarship to those attending a four-year college or university. The latter would only qualify with a minimum 3.0 GPA and a household income under $80,000. Adults 25 and older also could receive financial support.

"It will make Michigan the first Midwestern state to guarantee community college for all," Whitmer said during a 55-minute televised speech before the Republican-led Legislature.

She focused on the state of K-12 education, as well, saying Michigan had the worst decline in childhood literacy among states measured every year since 2014.

The education crisis, Whitmer said, hurts companies that cannot fill their jobs with in-state workers who have the proper training. She said vast majority of jobs require some form of postsecondary education, whether it's a degree or a skills certification. But only 44 percent of the workforce has such a credential.

Detailed proposals will likely wait until she proposes her initial budget to lawmakers in March.

Of the roads, Whitmer said just 18 percent are in "good" condition.

"We need to act now, before a catastrophe strikes or the situation becomes truly unrecoverable," she said.

A state commission has said Michigan lags nearby states and the country in infrastructure spending and needs $4 billion more annually, including $2.2 billion for roads and bridges. In her campaign, Whitmer called for additional "user fees" such as fuel taxes or asking voters to approve a bond if the Legislature does not ask.