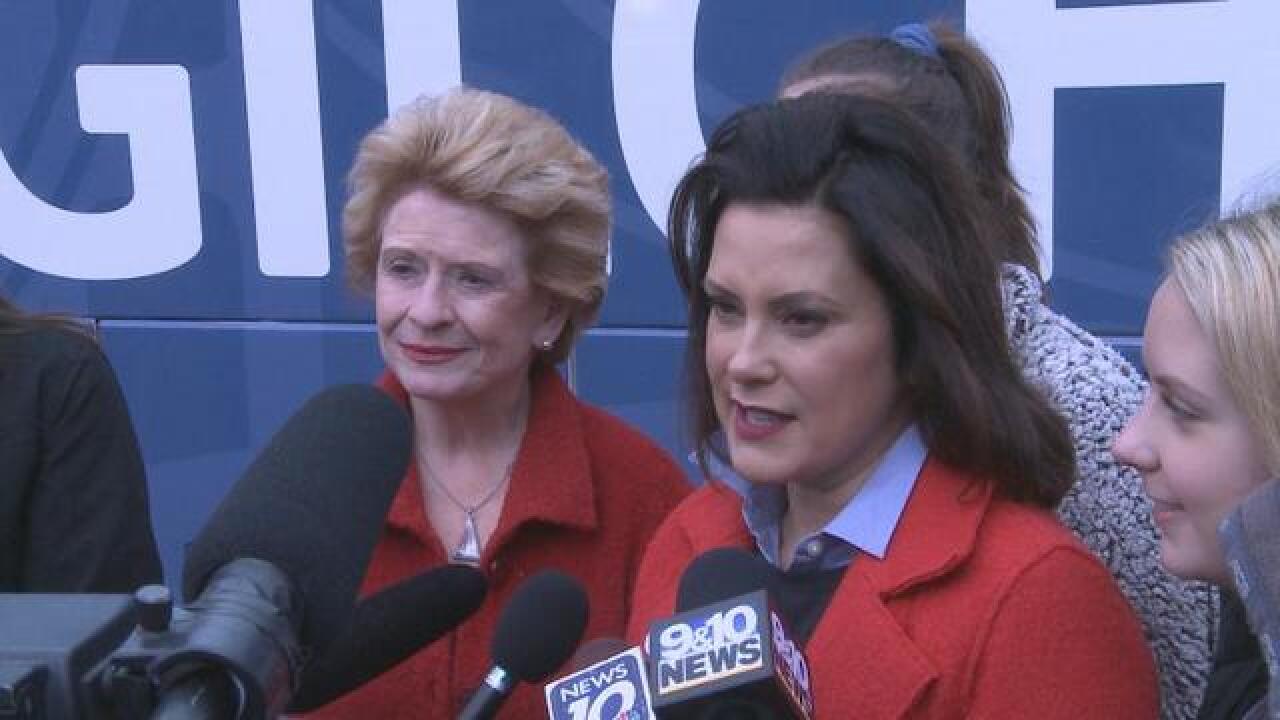 Whitmer, accompanied by her daughters, cast her ballot in front of a number of reporters and photographers.

Following submitting her ballot, Whitmer was joined by Democratic Senator Debbie Stabenow, who will be with Whitmer most of election day as they continue to campaign around the state.

Stabenow, the incumbent in her race again Republican John James, voted absentee prior to election day.

Gretchen Whitmer is up against Republican Bill Schuette for the Governor's chair.