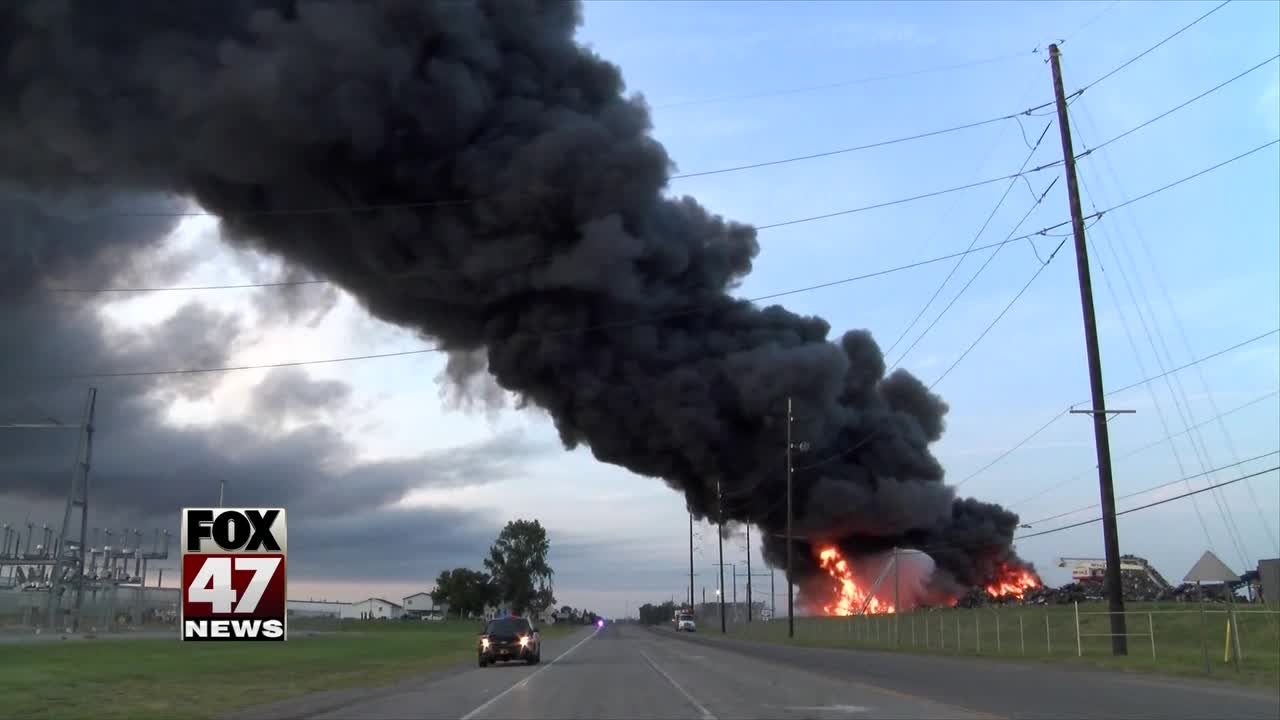 LANSING, Mich. — A large fire at a scrap metal yard, a state away, is finally out after burning for more than 24 hours.

It started in a pile of scrap metal at the MetalX facility in Delta, Ohio, and that fire is causing some confusion here in the Lansing area.

So, what does a fire about a hundred miles away in Ohio have to do with Mid-Michigan? A lot actually, because several people in the area have been smelling something weird in the air.

"It smelled like literally like my siding on my house was on fire....something was burning," Lindsey Ball, who lives in Lansing said.

People like Ball woke up to the scent of burning plastic on Tuesday. But Lansing wasn't the only place the smoke wafted. It was smelled from Portland to Grand Ledge and every where in between.

"It was a very pungent smell....I thought one of the neighbors was having electrical issues, it smelled like burning wires,"Jake Schroder who lives in Portland said.

"Woke me right up. I could not stay in the room. I had to go downstairs just to make sure there wasn't a fire or anything and realized it wasn't my house and wasn't my property," Devon Hampton, who lives in Grand Ledge said.

It was reported that the fire officials in Delta, Ohio are looking to find out what caused it, while the people here in the area are hoping the smoke and smell leaves soon.

"it was surprising, I was hoping it wouldn't last long considering it was a pretty strong smell," Hampton said.

MetalX CEO Danny Rifkin said in a statement to local media that they were relieved no one was hurt, and there is no impact on the health of employees or community.