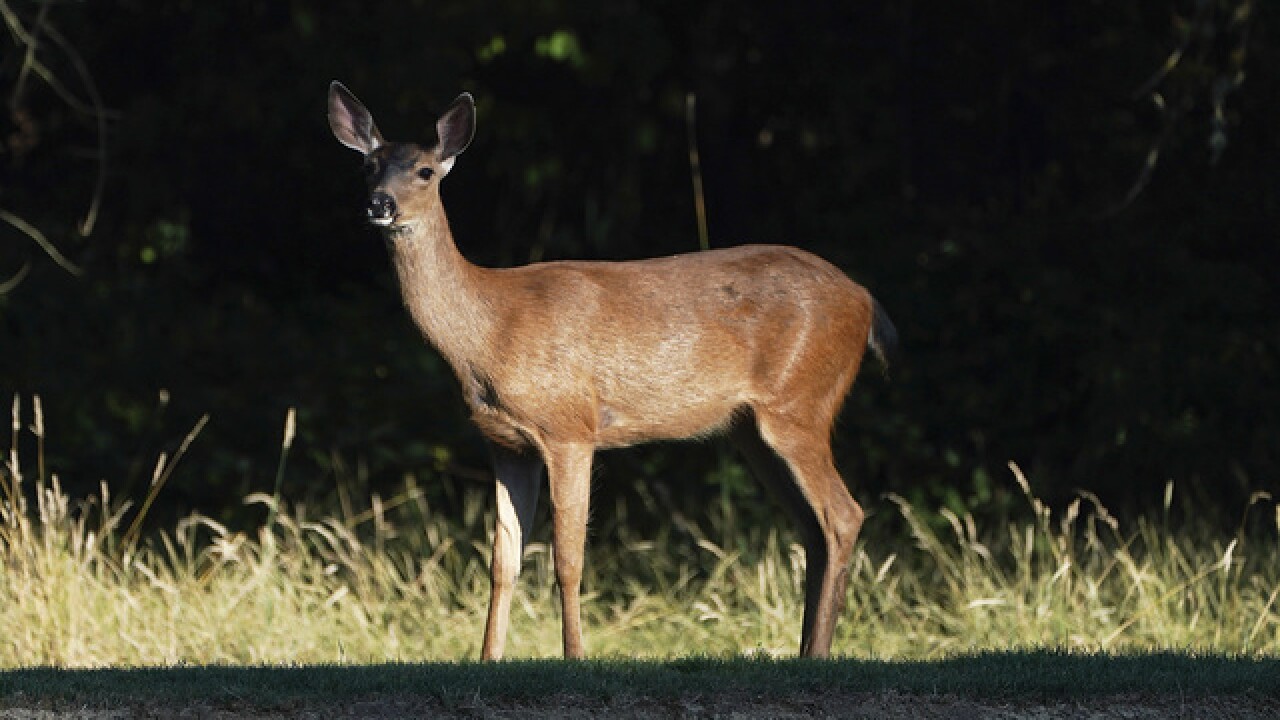 Image copyright 2018 Getty Images. All rights reserved. This material may not be published, broadcast, rewritten, or redistributed.
Steve Dykes
<p>PORTLAND, OR - AUGUST 18: A deer wanders along the fairway on the 14th hole during the third round of the WinCo Foods Portland Open on August 18, 2018 in Portland, Oregon. (Photo by Steve Dykes/Getty Images)</p>

Michigan’s firearms deer season officially begins Nov. 15 and the Insurance Alliance of Michigan (IAM) has a warning to drivers: Be on the lookout for deer.

“As hunters head into fields and forests deer will become more active – especially at dawn and dusk. It’s important for drivers to keep their eyes peeled for deer, which can dart out in front of cars without warning,” said Dyck Van Koevering, general counsel for IAM. “More than 1,100 people were injured in car crashes involving deer in 2017, making it more important than ever to remain vigilant.”

According to the Michigan State Police, the counties with the most reported vehicle crashes involving deer in 2017 were:

“Remember, deer travel in groups, so if you see one near the side of the road there’s a good chance others are nearby,” Van Koevering said. “Deer can be easily startled, making it hard to predict which direction they’ll run and when, so it’s best to be prepared for anything.”