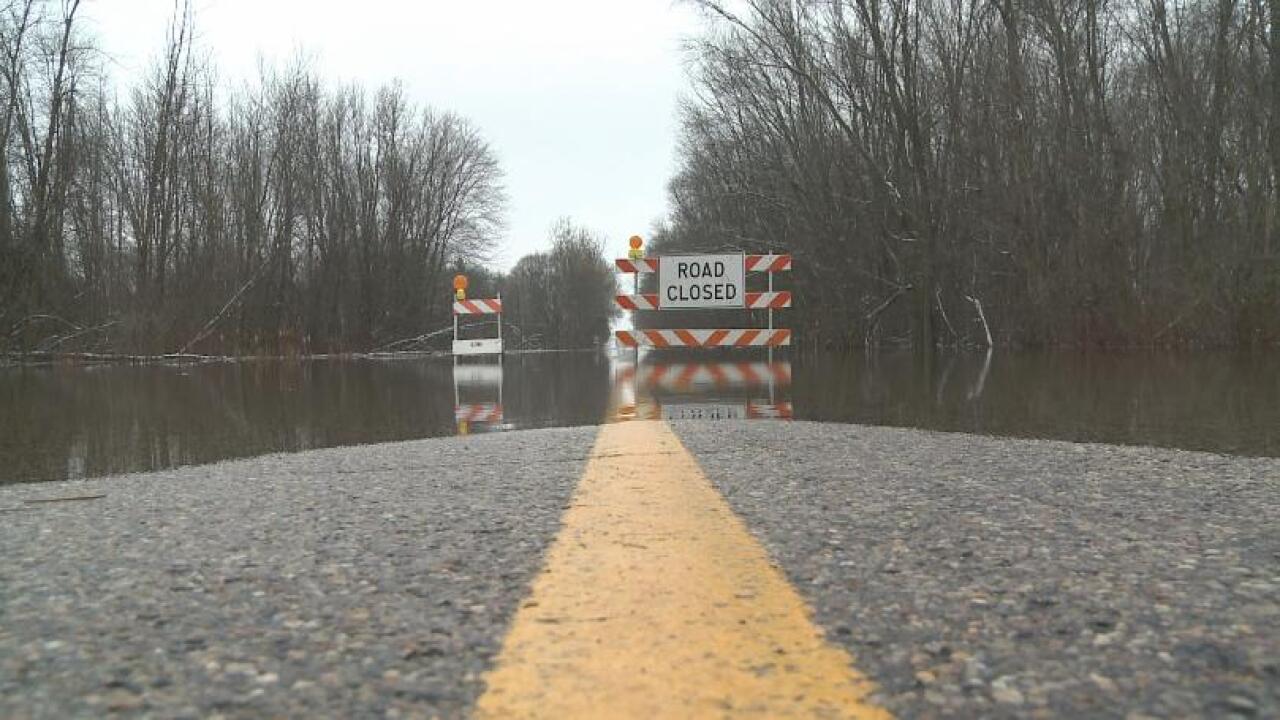 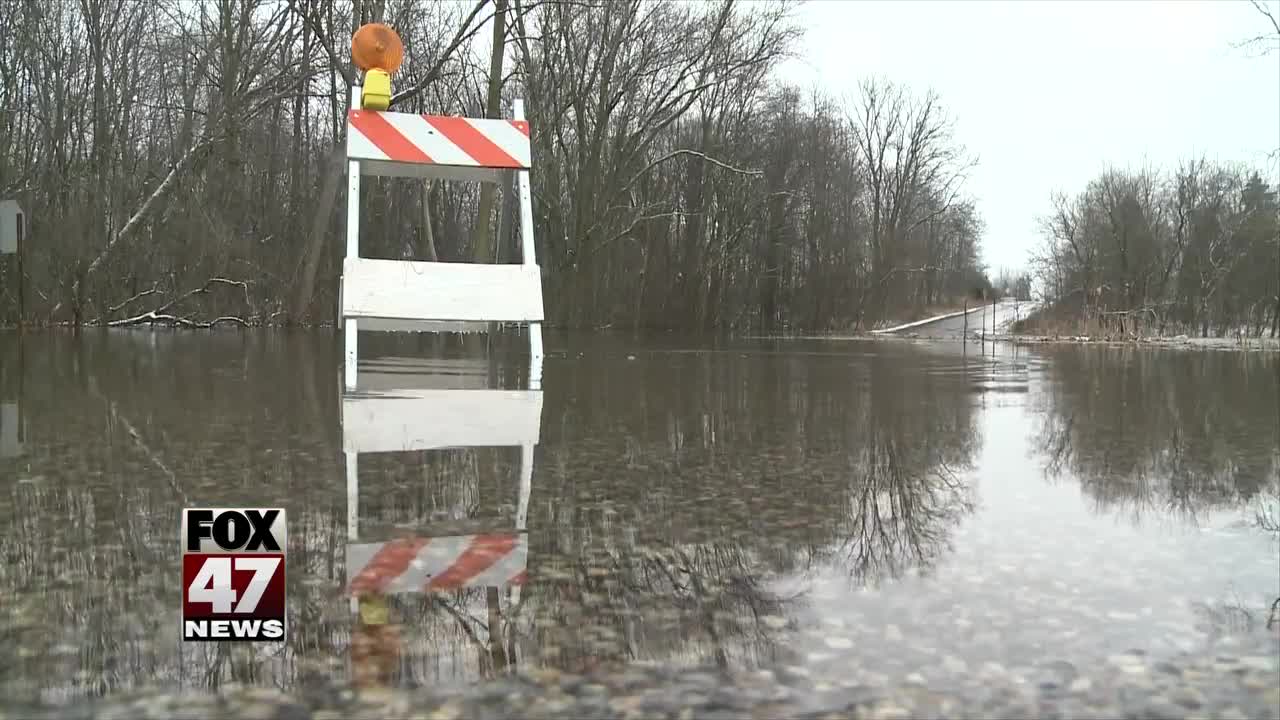 "We had almost a record rainfall, snowfall, over the past three days, so we're dealing with a lot of water and a lot of ice," said Eaton County Road Commission Manager Blair Ballou.

Ballou said they're not used to seeing this kind of weather during this time of the year.

"It's just unusual for us to have this type of storm in the middle of the winter where you have that volume of rain," said Ballou.

"I'd say over the weekend we got just under 3 feet of water. I think with the frozen ground there's just no place for it to go and it is just going straight into the river system," said Tim Johnson, who lives in Dimondale.

Unless the flooding is caused by road issue, the only thing the road commission can do is let mother nature take its course.

"It's going to take several days for these locations to go down," Ballou said.

And, lower temperatures can hurt the process.

"That would become a problem, not just for the roads, but for the drainage area in general," he said. "Because with ice, the water stops flowing. We're lucky so far that's not going to occur in the short term over the net few days," said Ballou.

"Please do not drive in the standing water...if the signs are there, and it says road closed, that's really what they mean...road closed. It's not safe to proceed. You don't know what's under the water...there could be a hole, or a culvert could be washed out," said Ballou.

If temperatures drop and the area gets significantly below freezing, those roads under water can be taken care of with salt and sand, however, the flooding might get worse.