"Ultimately it was up to me to pass the bar exam"

The other day we reported that more WMU Cooley Law School students failed the Michigan Bar Exam in July 2018 than other law schools. We dove deeper to look closer at people that passed and failed and into WMU Cooley Law School in general to make sure that we offered you a complete picture. 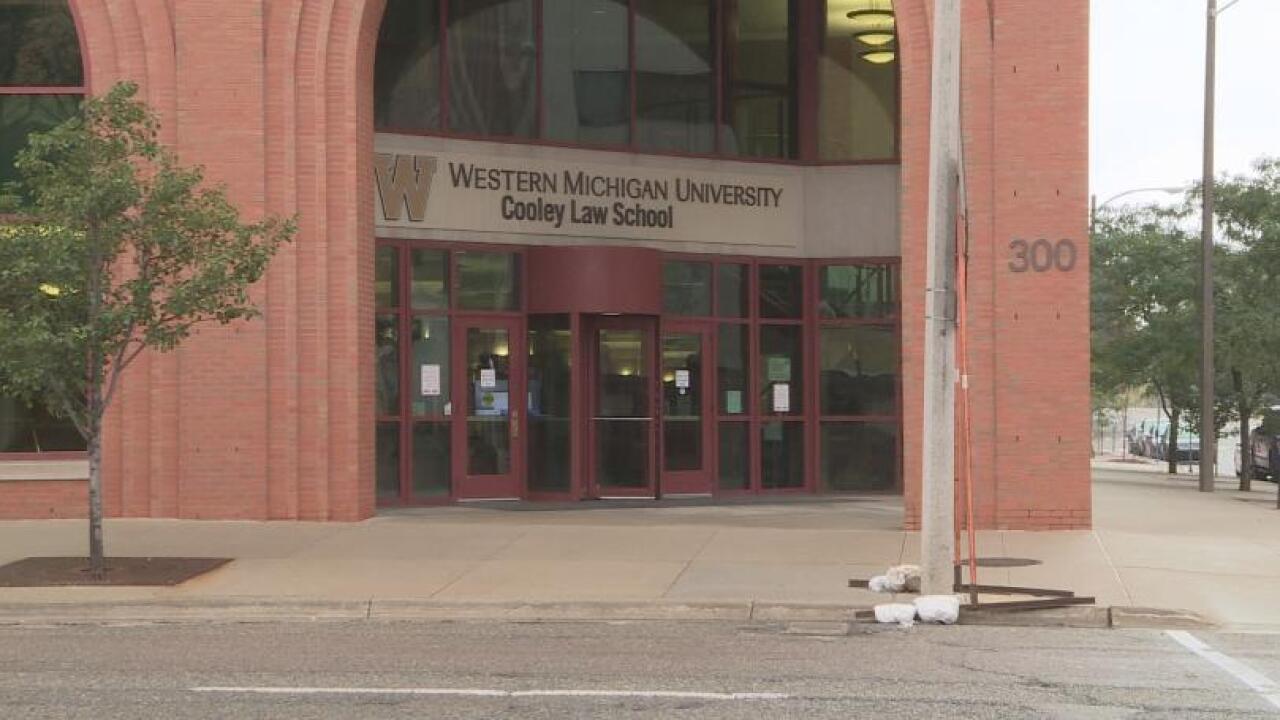 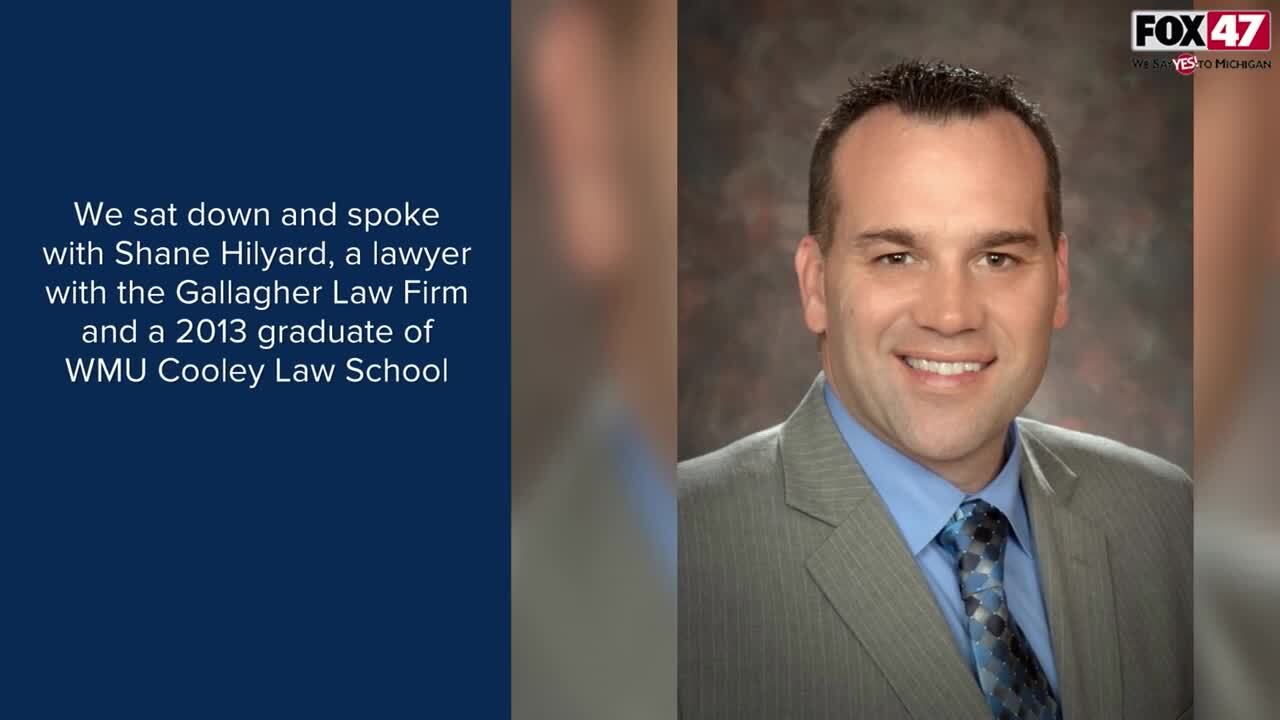 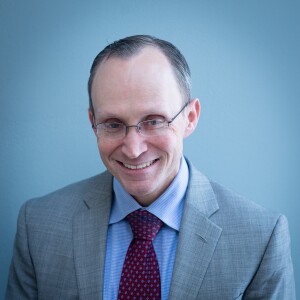 LANSING, Mich. — The other day we reported that more WMU Cooley Law School students failed the Michigan Bar Exam in July 2018 than other law schools. We decided to dive a bit deeper and look closer at people that passed and failed and into WMU Cooley Law School in general to make sure that we offered you a complete picture.

According to the WMU Cooley Law School website, "Western Michigan University Thomas M. Cooley Law School is a private, independent, non-profit, 501(c)(3) tax-exempt law school dedicated to teaching students the knowledge, skills, and ethics needed to succeed in both the law and its practice and to be valuable members of society."

WMU-Cooley stands firm in its belief that the study of law should not be an esoteric pursuit and that the practice of law should not be an elitist profession. The School was founded on the premises that an individual's formal knowledge of the law is beneficial to society as a whole and that the strength of a democracy depends upon the ability of people to understand their laws.Toward that end, WMU-Cooley is proud of its reputation of offering admission opportunities to a diverse group of applicants.

Some have criticized WMU Cooley Law School because of this access mission, but their history shows that from the founder, Justice Brennan, to current Interim President Jeffrey Martlew, access has been a hallmark of their admission standards. Beyond this, they also have focused their education since it's founding on a more practical approach to legal education which is not the typical tradition of legal education (although many more law schools have followed suit in more recent years).

We spoke with a few WMU Cooley Law School Graduates to get their take on the low pass rate percentage for WMU Cooley students on the July exam. In the below video you will hear from Shane Hilyard, a graduate of WMU Cooley law school in 2013. Mr. Hilyard took and pass the bar exam on his first attempt.

WMU Cooley gave me the tools that I needed. In the three years that I was there I got the basic education and tools and all of the bar prep stuff that I could handle. A lot of the professors gave you more than enough. I think what it comes down to is the individual. If you have the tools but they sit in the toolbox, they're worthless. If you use those tools, you learn to hone those tools, gain that knowledge and you will be ok. I guess it is like the old adage, you get out of it what you out into it.

We also heard from Michael Braem, a lawyer with a large organization in Lansing, Michigan as he shared:

WMU Cooley gave me the foundation to understand fundamental legal principles, but ultimately it was up to me to pursue the additional goal of passing the bar exam to become licensed (which I passed on the first try).

What people seem to forget is that the bar exam is the great equalizer - once a law school graduate becomes licensed and experienced, all the clients care about is whether or not they can be helped, not what law school his/her lawyer graduated from. And out of all the law schools which typically come to mind (U of M, Harvard, Yale, Princeton, etc.), I'd argue that WMU Cooley is the leader in pushing the values of client advocacy, empathy, attorney ethics, and compassion for the client.

Another graduate who goes by the name of Deborah Innocent on facebook explained:

Law school doesn’t prepare for bar, bar prep prepares for the bar. Cooley prepared me for practice. Most Alumni like myself own their own firm and doing great.

Jessica Connarn, a graduate from December 2017 shared her perspective saying:

I think people just underestimate the bar and don’t put in what it takes. I was doing 10-12 hour days, told my friends if they loved me they won’t call me during those few months, thankfully had two understanding bosses who let me take 2 months off, and I knew some commercial course with recordings wasn’t gonna work for me that I’d need a human teaching me so I took a course that had a live instructor. The kids I know who went out, took more than a few “personal” days, worked, or only did a few hours a day didn’t pass.

As you can see from the quotes above, people that we spoke with felt that the education that they received at WMU Cooley Law School was strong and gave them the tools needed to pass the bar exam. However, it was not just the coursework or the professors that could completely prepare students to pass the bar exam, it also took personal sacrifice, time and effort to prepare completely for this test. Many of the graduates that I spoke with agreed with Jessica Connarn, that you have to put in the effort to be able to pass the exam.