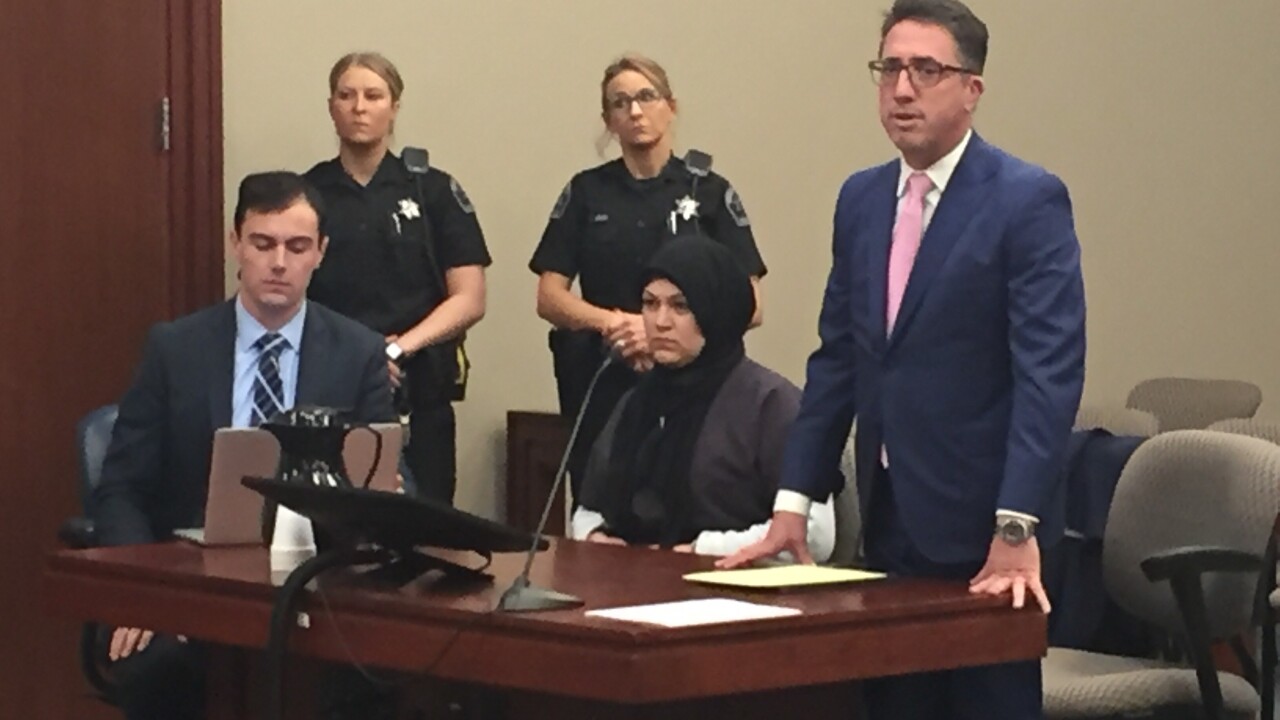 LANSING, Mich. — A pre-trial conference was held on Monday for Bdour Al-Yasari.

She is the woman charged in the alleged love-triangle murder of her husband, Ammar Al-Yasari.

Jacob Ficher, the man that killed her husband with an ax, has already been convicted and sentenced to life without parole.

It was decided at the pre-conference that her trial would be March 16, 2020.

Ammar Al-Yasari was killed in February 2019 by Ficher with a camping ax.

Ficher said he went to the house that day to threaten Ammar Al-Yasari and confront him about the abuse that his lover, Bdour Al-Yasari, told him about.

"She did want a divorce, but one of the things she discussed was how she felt in danger trying to leave him because he had threatened, on multiple occasions, that if she had tried to leave, he would kill her," Ficher said.

Ficher said Bdour turned off her home's security to let him inside so that he could confront her husband about the abuse while she was at work.

That's when Ficher said he realized that a simple conversation wasn't going to be enough.

Ficher claims Ammar arrived home, saw him and swung at him, which lead Ficher to fight back.

Ficher said he then found a bottle of bleach in the pantry and poured it over the body, and then left through the front door.

He also got rid of his backpack that carried the murder weapon.

Prosecutors said Ficher conspired with Al-Yasari's wife to kill Al-Yasari, however, Ficher maintains that Bdour had no involvement.

During his sentencing, Al-Yasari's sister gave a statement saying Ficher "destroyed our lives."

Ficher said he was sorry that his actions led to a man dying, and Bdour being separated from her two children.

He was also sentenced to pay $20,000 in restitution to Ammar Al-Yasari's family, along with other fees to the state.