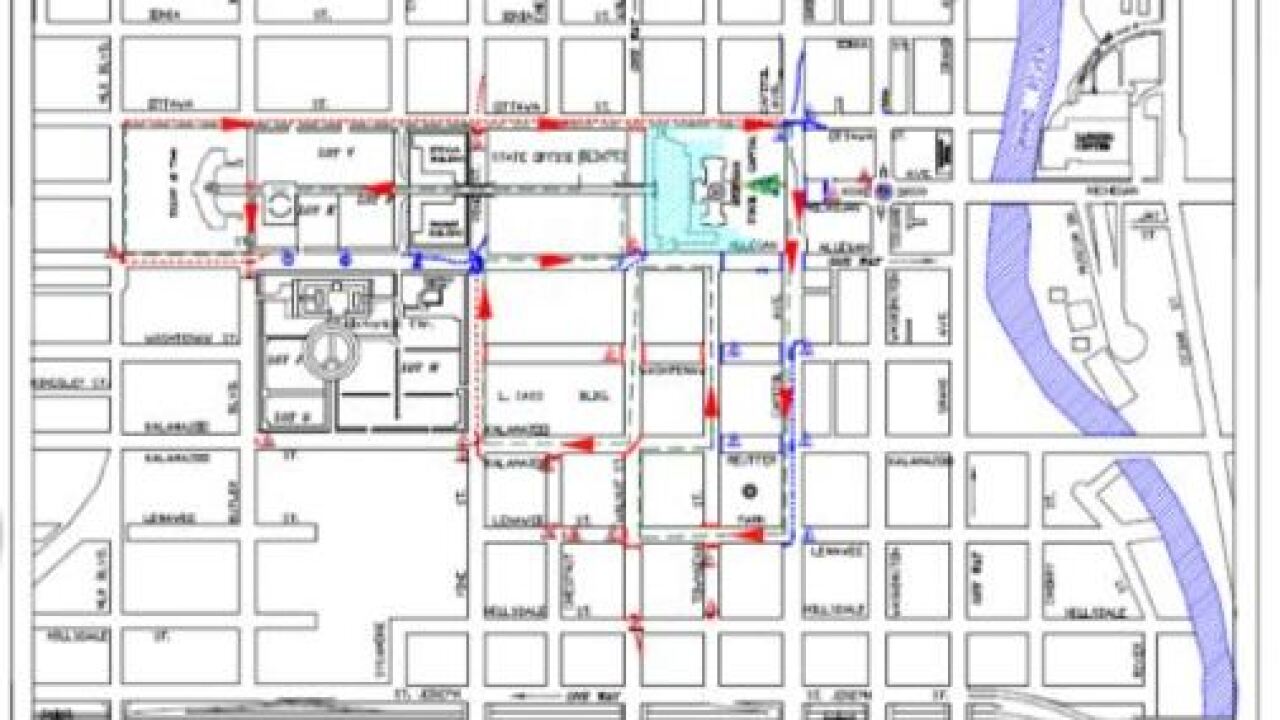 The City of Lansing Public Service Department announces the following Street closures and lane restrictions will be in effect on Saturday, November 17, 2018 to accommodate the Silver Bells 5k Walk/Run. The 5K is scheduled to start at 9:00 a.m.