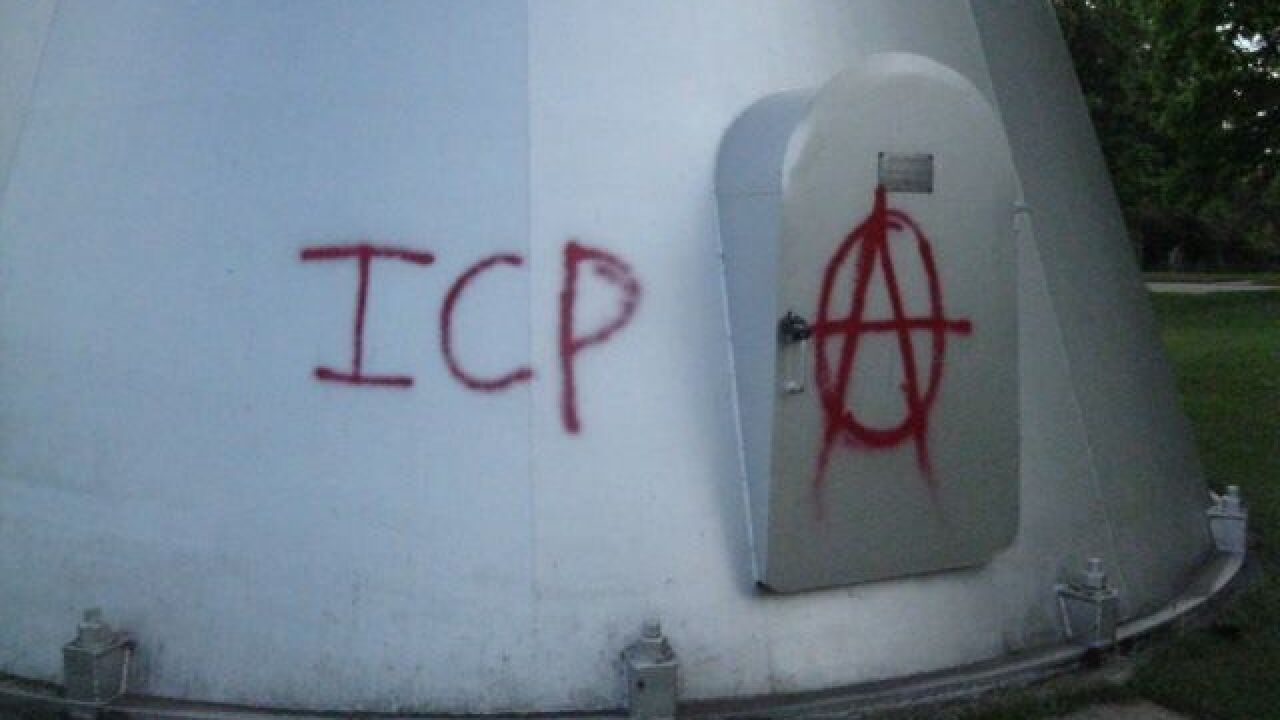 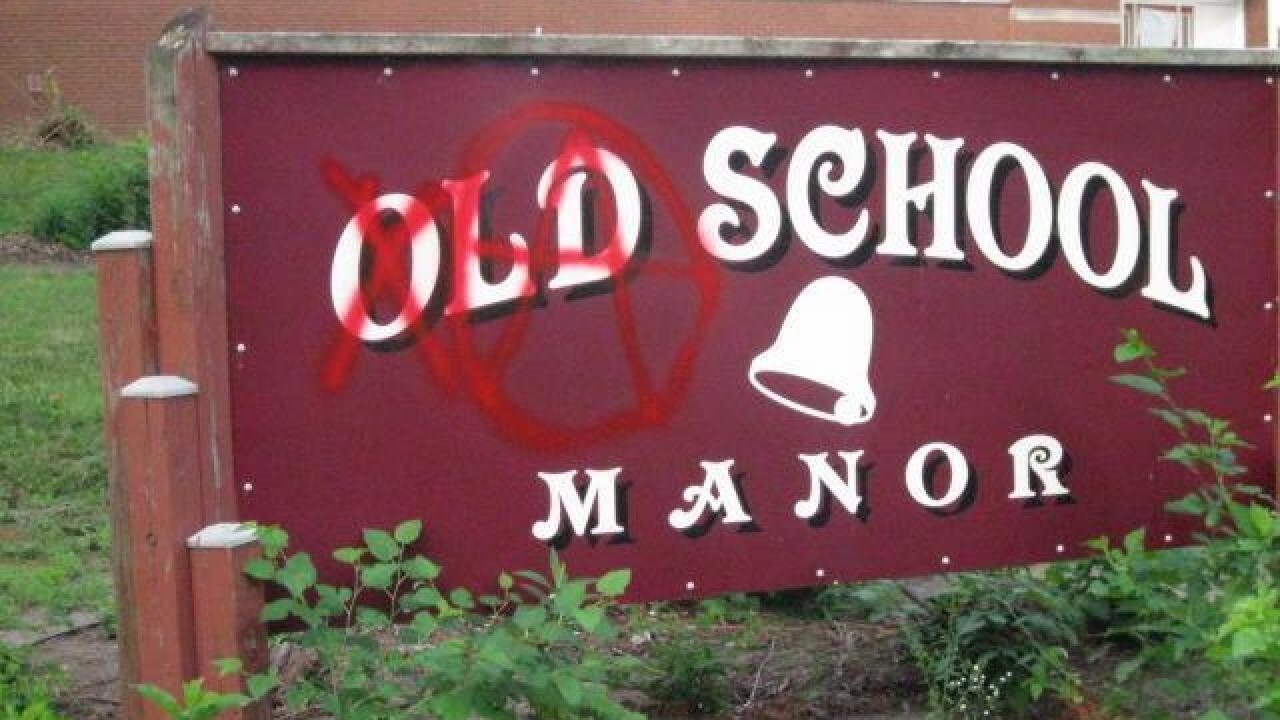 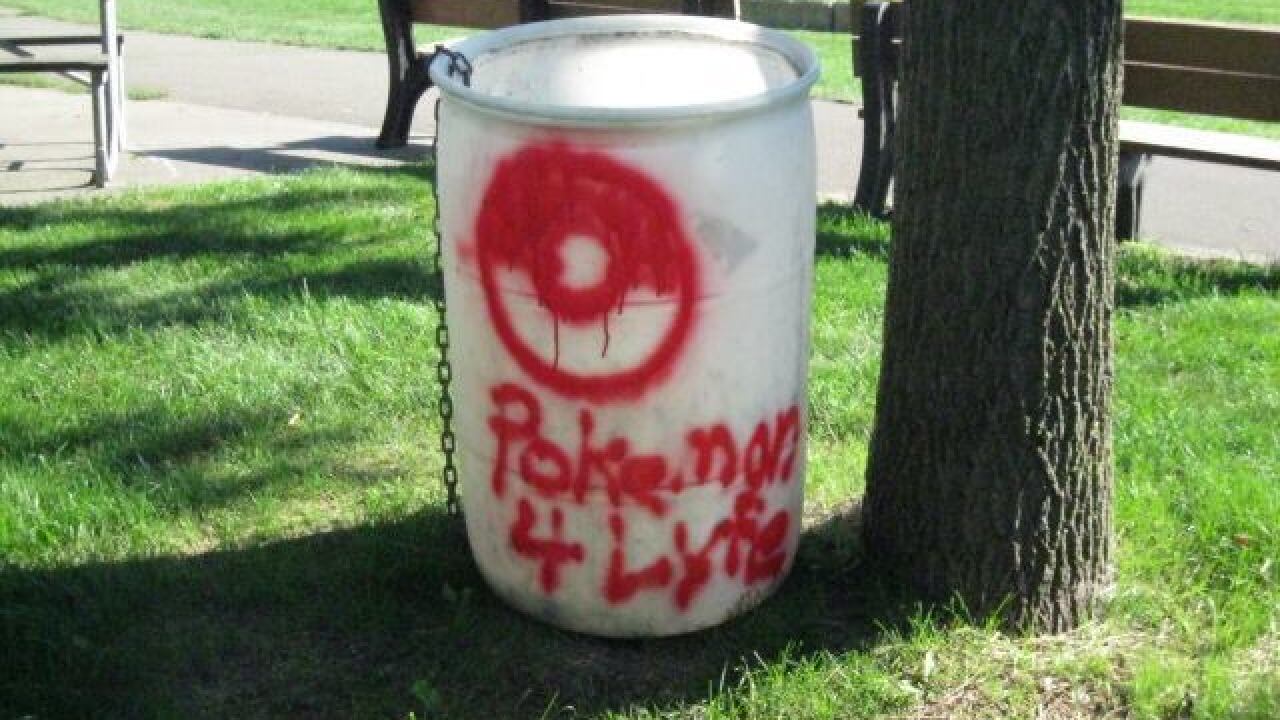 Police in Portland are looking for suspects who have been entering local churches, and also vandalizing areas with graffiti, says the Portland Police Department.

On Friday, the pastor at the Baptist Church located three young men inside the church, who ran out when they were seen. The department says they were wearing bandanas to cover their faces.

Police also suspect that a person, or persons were inside the First Congregational Church.

Graffiti has been spray painted on the Methodist Church, as well as one of the city’s water towers, Two Rivers Park, Old School Manor and other locations, according to police.

The department shared the photos on its Facebook page, and also stated that other graffiti was too graphic or vulgar to share with the community.

Anyone who has information can contact the Portland Police Department at 517-647-2947.