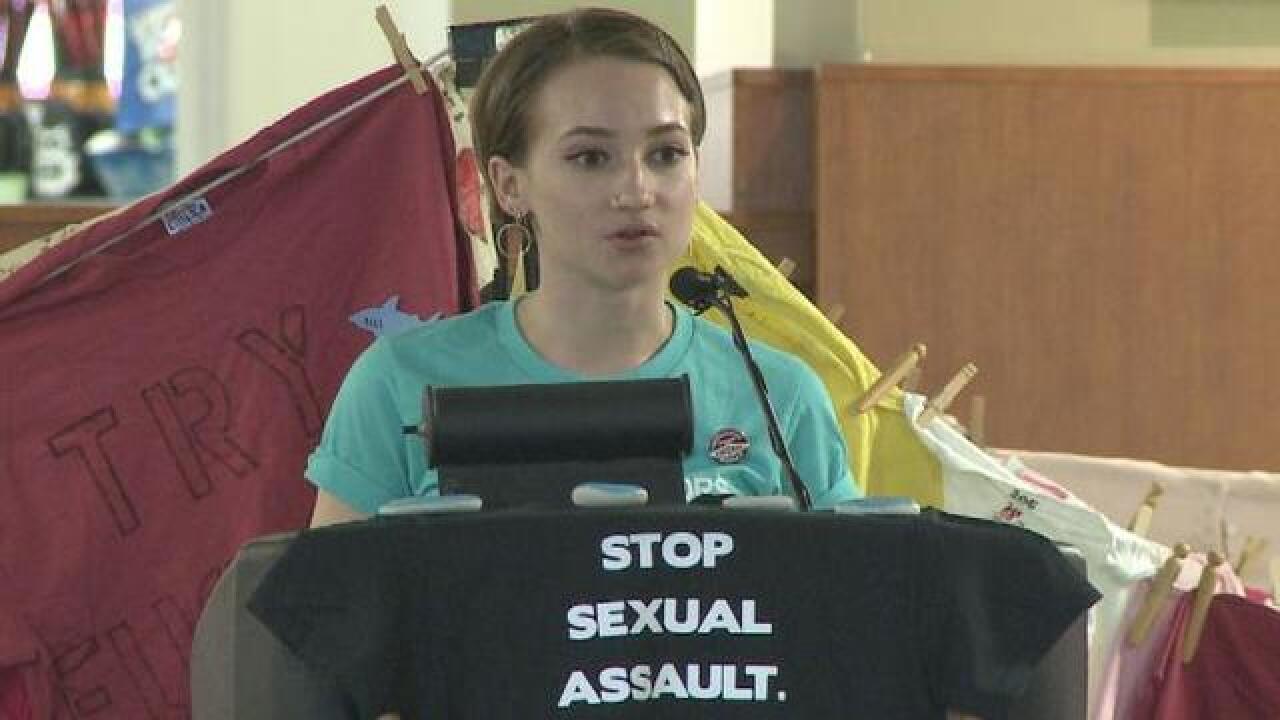 Survivors made a big step in their healing as they climbed up to the podium to share their personal stories of abuse.

“But I also stand before you as a little girl, the one who at only 12-years-old was sexually abused by Larry Nassar on this very campus”, Morgan McCaul announced to the crowd.

The 18-year-old was one of many who took the stage at the annual MSU Take the Night Back rally, which aims to bring awareness to sexual and domestic violence.

“Specifically this event, on this campus, on ground zero of mine and hundreds, if not thousands of other women's assaults”, said McCaul.

“I felt like it was really important to be here.”

Many survivors held back tears and some of their voices shook but still they found the strength to speak out.

“But to have people finally starting to listen and want to then support it that's the real movement.”

A movement that is working to change the culture at MSU and break the silence on sexual assault.

“We look at survivors of sexual assault and we blame them and we shame them”, said Amanda Thomashow, who is also a survivor.

“We silence them into isolation and submission and it's so important that we give survivors their voices back.”

Sexual assault supporters and survivors say they plan to protest the MSU board meeting Friday morning.

We'll let you know what happens.