Suppliers feeling impacts of the strike 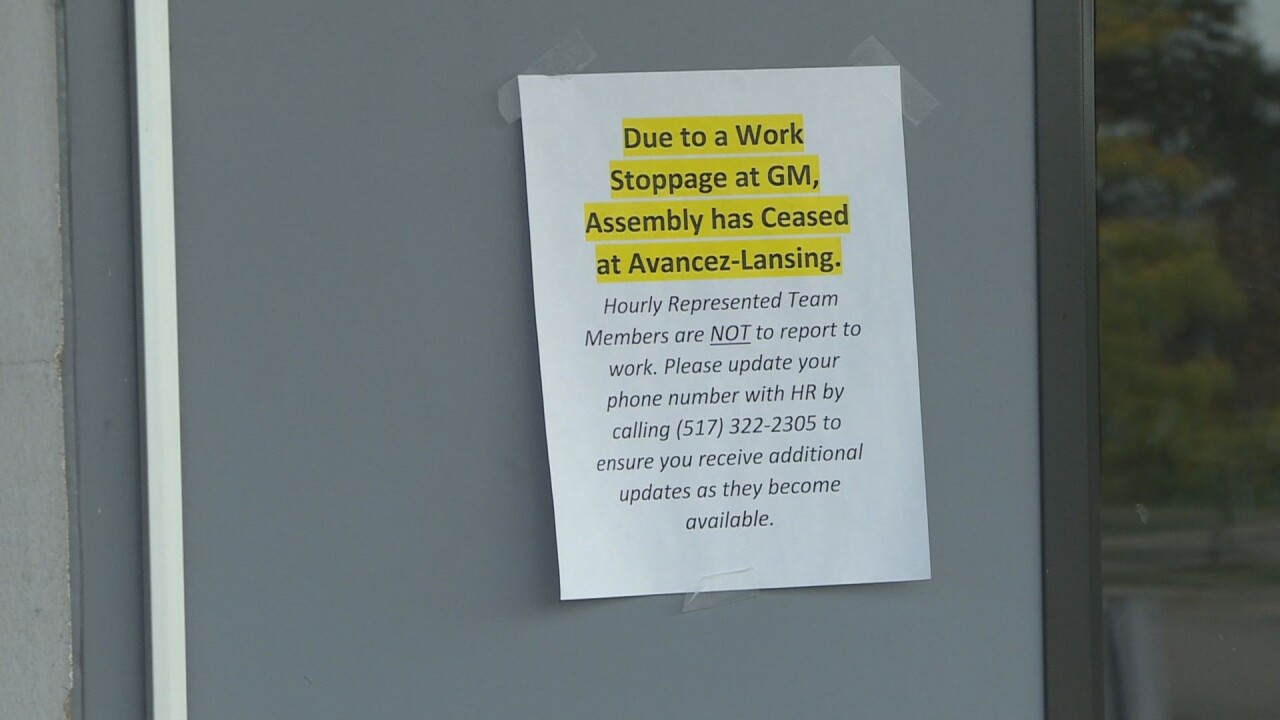 LANSING, Mich. — It's been five days since workers at GM decided to walk out and hit the picket lines, but they're aren't the only ones that are feeling the effects of the strike.

Suppliers are feeling it too.

"But we got to remember that all the GM plants have IPS, which are independent part suppliers, supplying them with the parts that go into the vehicle. They are not covered by the national agreement," Jake Jacobson, bargaining chair for Android/Avancez Industries.

If you go to local suppliers like Android, Avancez and Bridgewater, you'll see a sign on the door and an empty parking lot.

"The moment the strike went down, we finished building what we had in house, we were walking out the building because we had nothing else to build," Jacobson said.

Jacobson guesses that about one third of people working for them don't qualify for unemployment because they are new-hires. He worries that they won't be able to stay afloat, and will be forced to work elsewhere.

"So we're talking about a group of people that will not receive any type of assistance, which in this day in age in America, it's wrong. I'm so concerned that we are going to lose team members going to another job through this," Jacobson said.

He said they don't blame UAW for going on strike, they support them, even calling them "brothers" and "sisters." He wants a fair agreement soon for the sake of suppliers and the UAW.

"These people deserved everything they are going after. I've been in their plants even though I work in a supplier plant, I see what these people go through day after day after day building vehicles. They make American roll," Jacobson said.

There is still no agreement, but we are told they will be negotiating throughout the weekend.