Superhero Strength: The tragedy behind rise of Lansing Batman 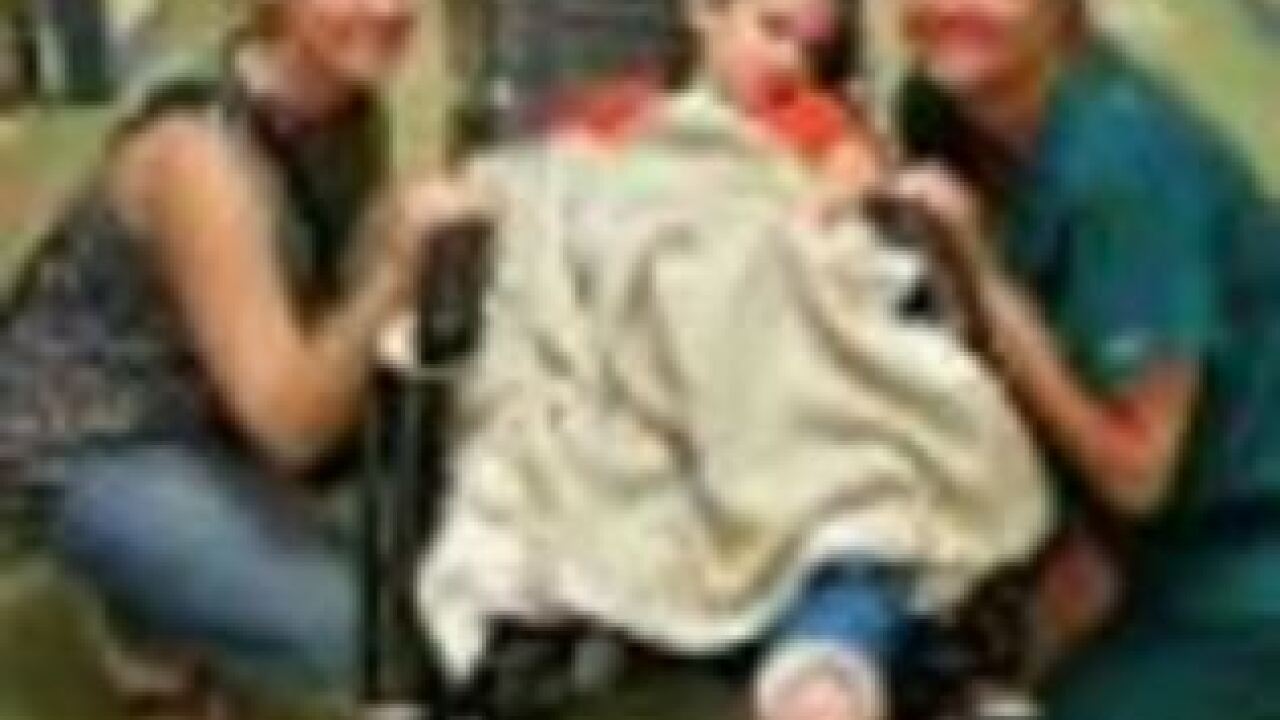 Batman is known as The Caped Crusader, The World's Best Detective, and The Dark Knight.

Ironically, it was a dark night that brought a local man to the darkest moment of his life. A traumatic accident sparked a real-life superhero, the man behind the mask of Lansing Batman.

Batman wears a suit of armor to protect him while he fights crime. For Shamus Smith, also known as Lansing Batman, that suit of armor is power that helps him battle post-traumatic stress disorder.

"It became kind of a way to exorcise the demons of that and the sleepless nights and the nightmares," Smith said.

Smith had nightmares for weeks after the rainy evening three years ago when he hit a young child who ran out into the street.

"A mess, just blood and everything everywhere. It was horrible. It was absolutely horrible," he said.

The boy's mother, Ashley Krupp said, "I heard a loud crash and swerving and tires and everything and I saw him laying in the road."

Krupp had no idea her 3-year-old son Wesley had followed her to the mailbox across a busy Laingsburg road. There was little warning for Smith, who was driving his truck at about 45 mph hauling a trailer full of equipment.

"As I crown over the hill, I saw a kid in the road," Smith said. "I remember stomping on the brakes. I slid to the left trying to avoid him." But Smith was not able to avoid the little boy. Wesley was hit by the trailer as it swung across the road.

"The worst thing that you could ever imagine happening to your child. You turn your back for one second, he was 3-and-a-half, you know; they're fast," Krupp said.

Smith stopped his truck and ran to try to help the boy.

"I remember seeing him, his eyes roll back in his head and the mom flipping him over," Krupp said. "I just went into a mode."

Smith describes watching as she and a nurse worked to keep the boy alive.

"He died at the scene and she resuscitated her own son. I was down on my knees, the father was next to me. I was holding, touching the boy's leg and we were just a mess."

As the ambulance drove away, Smith remained in the dark for days, not knowing the fate of the little boy he hit.

"I didn't sleep for a week. I didn't know if he survived."

While Smith battled with sleepless nights, Wesley was slowly recovering.

"The injuries were, they weren't as bad as, you know, we expected them to be," Krupp said.

Wesley had several broken bones including a shattered pelvis and fractured skull, as well as a brain bleed, collapsed lungs and a lacerated spleen. Wesley's aunt and nanny created a Facebook page to keep family and friends updated on his recovery.

"And that is honestly how Shamus found us," Krupp said. "We wanted somebody to get a hold of him and let him know that he was okay, and come to find out no one ever did."

After a week in the hospital, Wesley was sent home in a body cast.

Smith and his family were the first to visit the family's home.

"It was so important for us to know that he knew that we knew, it was not his fault. It was an accident," Krupp said.

The visit helped start the healing process for Smith, because of the superhero toys he left for Wesley.

"His mom had remarked that Batman was his favorite and that kind of struck a cord," Smith said.

That night, the darkness began to lift for Smith. A few weeks later, he put on his Batman suit for a community Halloween event.

"The response from the kids was huge," he said. "I got to sleep that night. It was the first night I slept all the way through the night since the accident."

Out of a dark night, two new superheroes were born: The man "healing" behind the armor and the boy behind it all.

"We get to enjoy the fact that every day he is a perfect, happy, healthy 100-percent functional 6-year-old," Krupp said.

Smith says the accident and his new alter ego has changed his life forever.

"It's shown me that you can do more. That you can reach out to the community. That you can go to these places where people are in pain or suffering and make them happy just for a few minutes by meeting their hero. It's a huge thing."