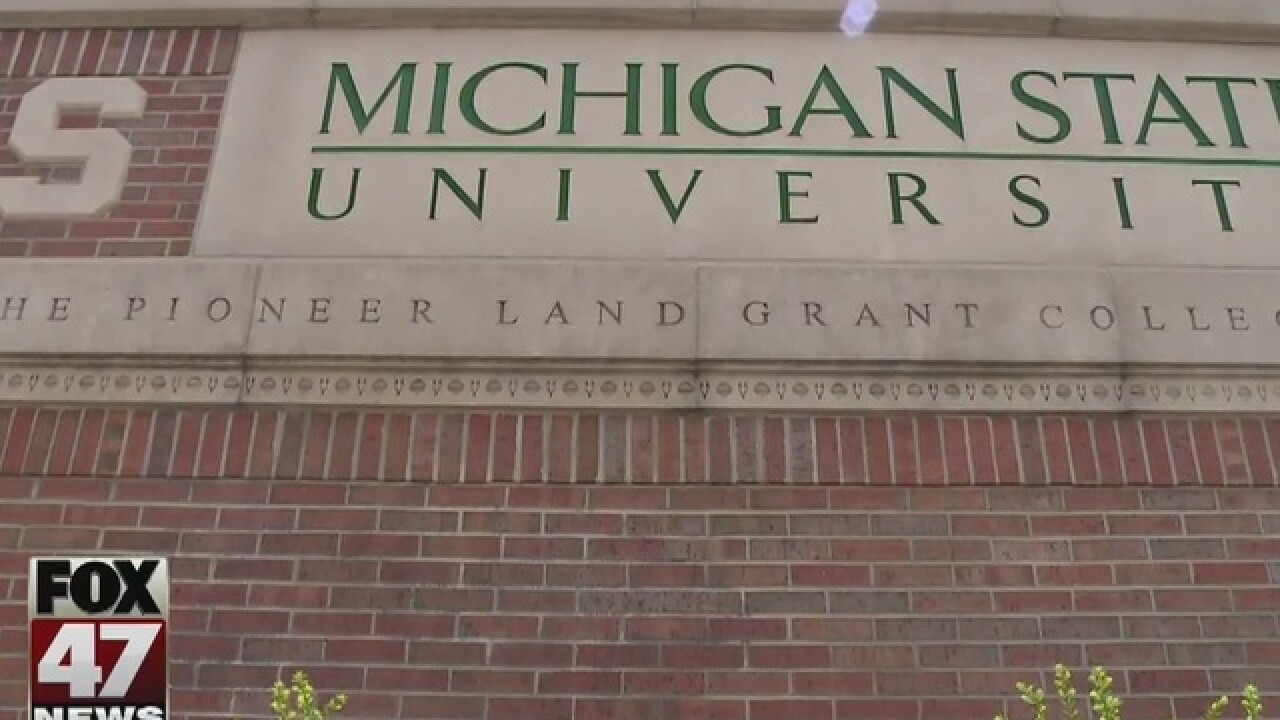 A Michigan State University student is suing the school for how she says she was treated after she reported being raped by 3 MSU basketball players in 2015.

What follows are her allegations as described in the lawsuit. She is referred to as Jane Doe.

Jane Doe was an 18-year-old in her first year at Michigan State University studying to become a sports journalist.

The night of April 11, 2015 and the morning of April 12 she went to Harper's Bar in East Lansing with her roommate. Sometime after midnight most of the MSU basketball team arrived at the bar.

The team had arrived in East Lansing earlier in the week after being eliminated in the Final Four of the NCAA tournament.

One of the players, John Doe 1, offered to buy Jane Doe a drink. She accepted, and John Doe 1 asked her if she wanted to meet "other guys" on the basketball team. Due to her interest in becoming a sports journalist she says she wanted to meet the team. The lawsuit also states that she never indicated she had a "romantic interest" in any of the team members.

One of the players asked her if she wanted to come to their apartment for a party. They lied, and told Jane Doe that her roommate was already on her way to the party. "At this point, Plaintiff was having a hard time holding on to her glass even though she had not had a lot to drink." She went with the players to John Doe 2's off-campus apartment.

The lawsuit states that there were few people at the apartment, and it was not a party. Jane Doe realized that her roommate was not there. She attempted to send a text, but did not have enough control over her fingers.

John Doe 1 pulled Jane Doe into a bedroom, and said, "You are mine for the night." She says she managed to leave the bedroom and go back to the living room. This is where she realized that "something was wrong and she thought she might have been drugged."

The next morning she called a taxi and went back to her dorm room. When she met her roommate, she found out that her roommate didn't know anything about the "party" and had been looking for Jane Doe but could not find her.

Jane Doe was traumatized from the events. She confided in a second individual from her dorm room. That friend took her to the Michigan State University Counseling Center where Jane Doe reported the rape to a counselor and completed an intake and assessment.

The lawsuit states that when Jane Doe made it clear that her attackers were notable MSU athletes, the counselor told her she needed another person in the room. It also states that the counselor's demeanor completely changed. Another staff person was brought into the room.

The staff told Jane Doe that her options were to either file a police report, or "deal with the aftermath of the rape(s) on her own." Staff told her that if she chose to go to the police she would face negative media attention. Comments made by staff "to the effect of 'we have had many other students in the same situation who have reported, and it has been very traumatic for them'."

They indicated to her that the best thing she could do was to "just get yourself better," suggesting that she should not report the rape(s) to police. They also said, "if you pursue this, you are going to be swimming with some really big fish."

Jane Doe was not told to get tested for STD's, pregnancy, have a physical exam, or seek medical treatment. Due to the interactions with MSUCC staff she was so frightened she decided not to report the rape(s) to police. She also waited ten months to ask for help from the Michigan State University Sexual Assault Program.

Jane Doe lived at Brody Hall on MSU's campus. She would often see one, or all, of her attackers at the dining hall. The lawsuit says this would cause her to have panic attacks, and flashbacks to the rape(s). She lived in fear.

In October of 2015 she was admitted to Sparrow Hospital outpatient psychiatric for treatment. That fall semester she stopped attending her classes, and withdrew for the semester. She did receive a refund of her tuition money after telling university officials she had been raped and was suffering trauma.

According to the lawsuit, at no point was Jane Doe informed of her rights to academic assistance, or given a referral to the OIE. In January of 2016 she returned to classes, but changed her major.

Because of the attacks she has suffered depression, anxiety, panic attacks, and insomnia. She believes that MSU has created a culture where female victims are silenced when male athletes are the attackers. That way the male athletics program is protected, all "at the expense of the female victims."

"Discouraging female students from reporting sexual assaults committed by student athletes plausibly creates an environment where football and basketball players can sexually assault females without repercussion," as written in the lawsuit.

Jane Doe claims her rights were violated after she told counselors about the rape(s). You can read the lawsuit in it's entirety