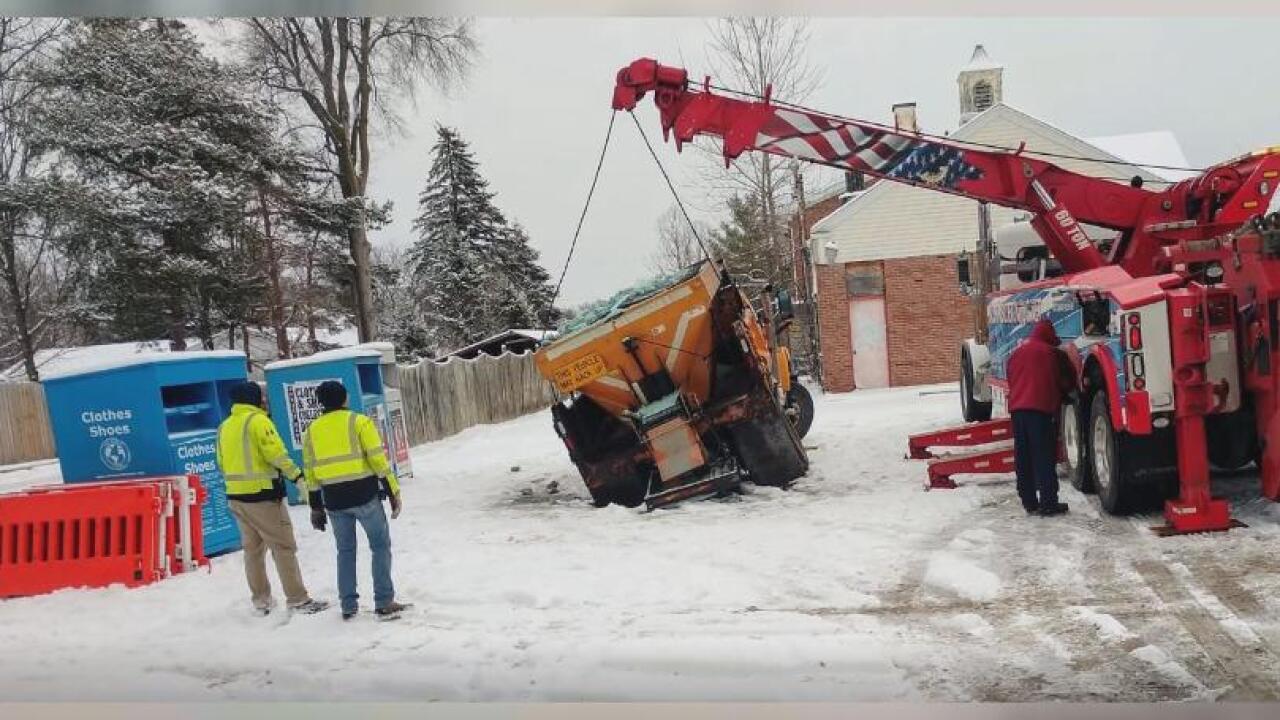 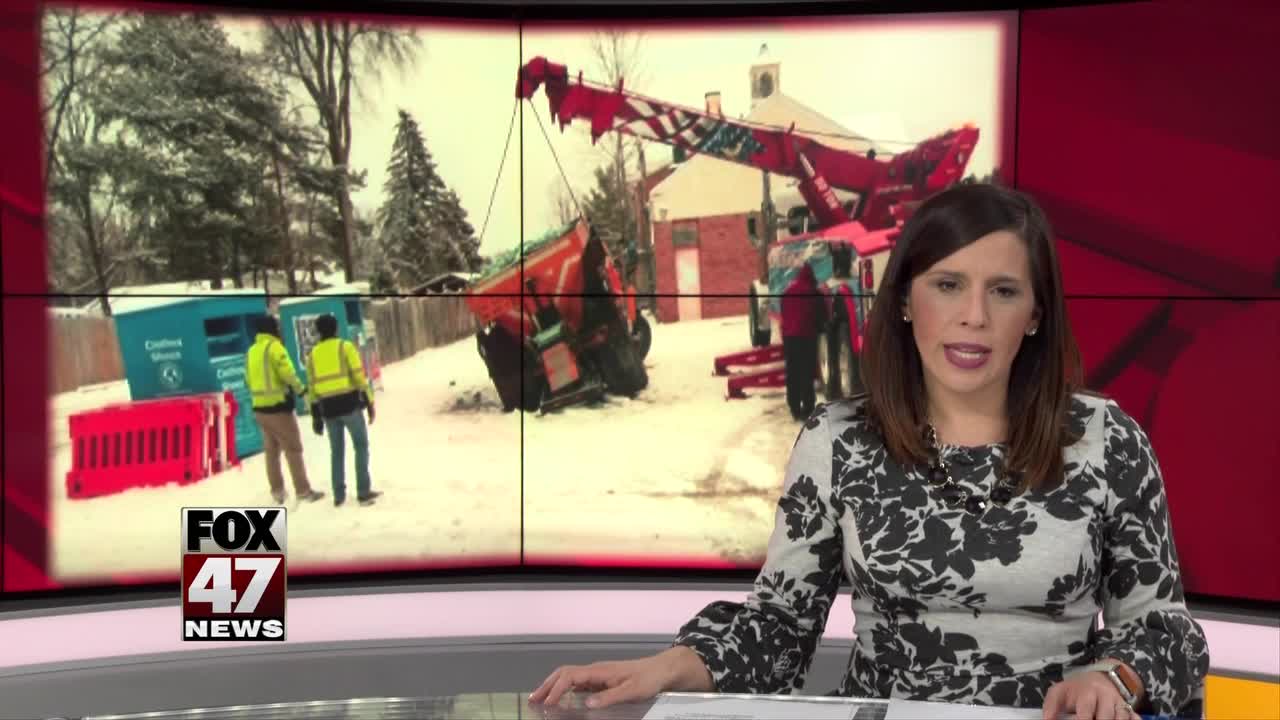 LANSING, Mich. — A sigh of relief and a move forward came Thursday in Grand Ledge after repairs were made to a storm drain that caused a sinkhole in the lot of a former gas station.

The 6-foot deep, 5-foot wide hole happened on Friday and trapped a salt truck. The driver was okay and only minor damage was done to the truck. Mayor Thom Sowle said he's thankful no one was hurt.

"It could have been much worse," said Sowle.

The city made repairs to the storm sewer on Tuesday after getting the 'okay' from the state of Michigan. The hole is on property owned by the Michigan Land Bank. The Michigan Department of Environment, Great Lakes, and Energy (EGLE) said the problem was caused by a state monitor well that was drilled 13 years ago.

That compromise in the sewer was never fixed or exposed until the salt truck drove over it.

"I believe we knew, but the storm sewer was just left that way and then it collapsed. I don't think the collapse was expected," said Greenberg.

"It may have lasted another five years before it eroded away far enough just to drop in by itself," said Sowle.

EGLE is planning to remedy the damages. Still, some residents say they have unanswered questions.

"If they have this one problem are they gonna have another? You know, is this going to be a reoccurring thing because of it being so out of date? A lot of our infrastructure needs to be brought up to date so that we don't have problems like this. That's my question are they actually going to take care of it and going to be a permanent fix," said Michael Aldrich, who lives nearby the whole.

EGLE says they took soil samples to prepare for disposal on Wednesday and Thursday they plan to put the soil back into the hole. There will be a soil pile left, which will be removed sometime next week.

New asphalt will be put down in the spring.

EGLE says the entire site has been under environmental clean-up since 1994. The state does plan to pay the city of Grand Ledge for work completed on-site and utility repairs. Overall the state expects the sinkhole repairs to cost under $50,000.