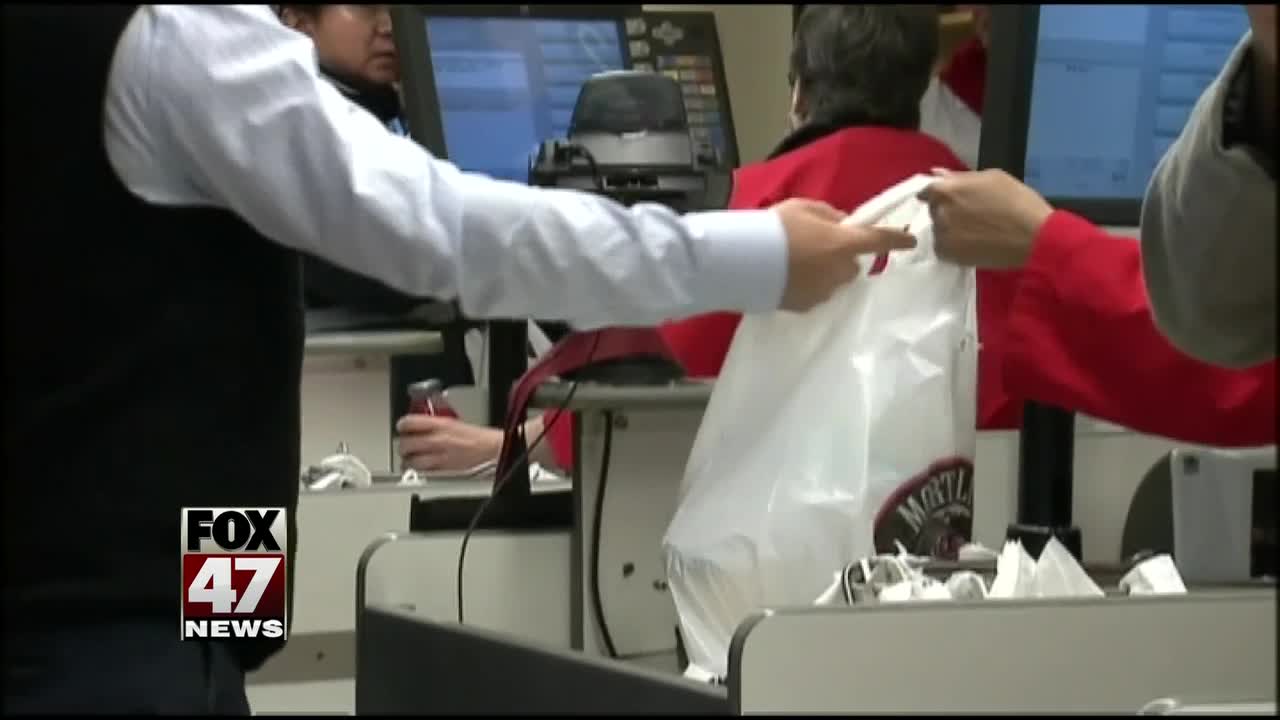 More and more communities around the country are banning plastic bags because of environmental concerns. Both Washtenaw and Muskegon counties have talked about it, but the state is looking to stop them in their tracks by banning plastic bag bans.

More and more communities around the country are banning plastic bags because of environmental concerns. Both Washtenaw and Muskegon counties have talked about it, but the state is looking to stop them in their tracks by banning plastic bag bans.

There are plenty of shoppers who prefer the bags because of the convenience.

"I have about 7 bags on me," said Zinna Baker, showing how many bags she can carry at once.

With double-bagging Baker says she can get everything unloaded in one piece, a feat she knows isn't as easy with paper.

"The groceries fall out the bottom of them when they get wet," Baker said.

Researchers at Rutgers University Energy Institute estimate shoppers across the county use about 100 billion plastic bags every year. As waste management companies like Granger know, many of those bags end up in landfills.

"When you do dig open into a landfill you're going to see some of the stuff that was deposited in there," explained Phil Mikus, Granger's Manger of Recycling.

Some companies will recycle the bags, but Granger doesn't. Still thousands of plastic bags end up in their center every year and they're causing problems.

"Those plastic bags get wrapped up around processing equipment, it slows up the process and damages the equipment," Mikus added.

For environmentalists, like Jack Schmitt with the Michigan League of Conservation Voters, seeing bags littering streets is just as bad.

"I run on the river trail frequently and along the Grand River and the Red Cedar River, plastic bags are on the more frequently seen items that folks will throw out the windrow or are not disposed of properly," Schmitt.

It's something Baker also doesn't want to see so she's perfected her method of saving each bag.

The bill is now on the house floor.