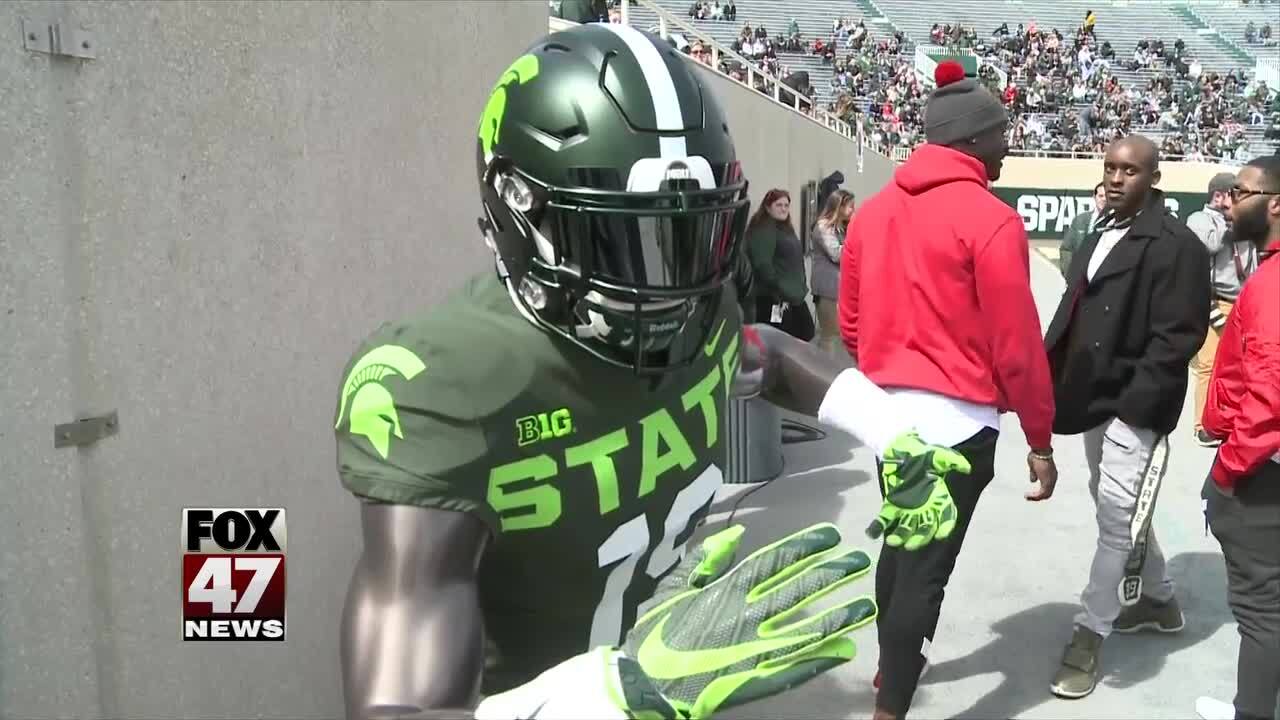 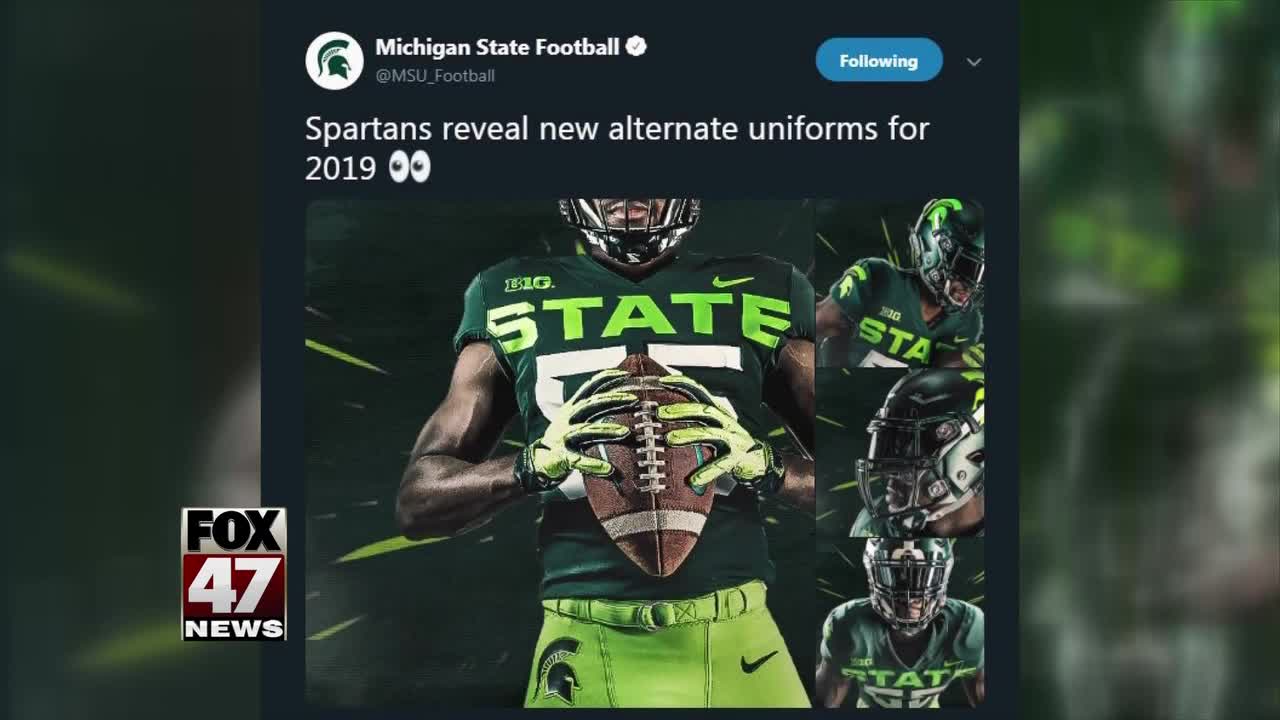 EAST LANSING, Mich. — There a times when the unveiling of a new uniform divides a fan base.

But this time it's nearly unanimous: even the people who like the neon-and-green combination admit it's a little much.

Spartan fans were quick to shoot down the uniforms when Michigan State unveiled them on Saturday.

Twitter turned into open-mic night at the comedy club.

Some, however, appreciate the effort, but say they did too much.

"Me personally, no, I’m not a fan, but it is a neat uniform," said James Ives, an MSU Employee.

"I’m not crazy about it, but at the same time, it is kind of cool," said student Josh Richardson.

"I like that they're trying something new, I think they should have stuck with either the white or the neon green," said John Robertson, another student. "White, neon green and dark green is a little too much going on.

"I’m not too crazy about the bright lime green and the dark green contrast...and then the white," said Richardson.

Some are of the opinion they should use a similar concept as the 2015 gold alternates.

"My favorite jerseys I’ve ever seen," said Robertson. "I think they should bring back something like that. Those were sweet."

"It would have looked cooler if they had stuck with two colors," said Richardson.

But as polarizing as they may be, what the Spartans wear won't deter fans from cheering on their team.

"I’m more of a traditionalist...just green and white. But I’m still a Spartan," said Ives.

I love MSU football so very deeply but those uniforms require an exorcism. https://t.co/F3GEYGEfs9