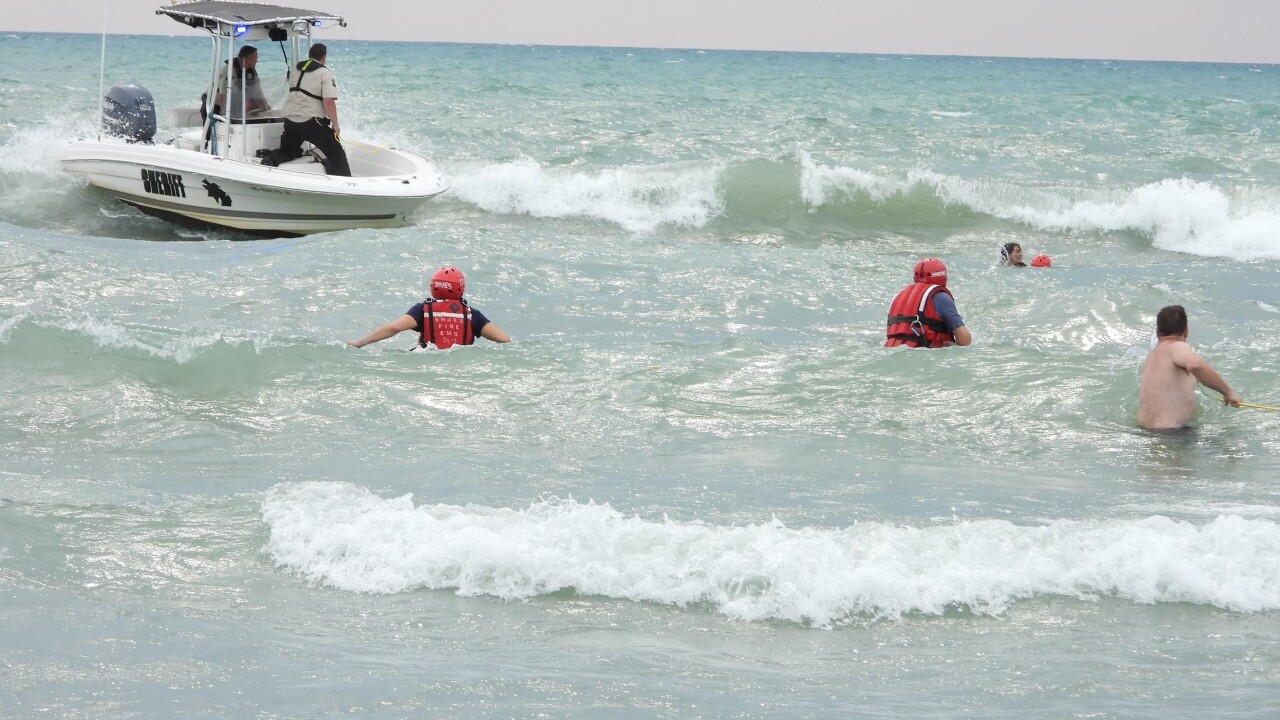 7:50 p.m. update: The search for the missing 18-year-old has been suspended for the night and will pick up in the morning.

SHAES received a call after 4 p.m. Sunday for two men in distress at a buoy in the south beach swimming area in South Haven.

Red flags were flying at the time, with waves 3-to-5 feet.

Upon arrival, first responders saw a man clinging to the buoy about 100 yards from shore.

Once the man was reached, he said his friend tried to swim back to shore and never came back.

Both men are from the Jackson area, with the 19-year-old man being saved as the search continues for the 18-year-old

Sunday's incident following three incidents from Saturday, where three rescues were made.

There have been two confirmed drownings of city of South Haven beaches this Summer.

Responders remain on scene at the south beach of South Haven to search for the possible drowning victim.

The situation is developing. We will update this story with more information when it becomes readily available.