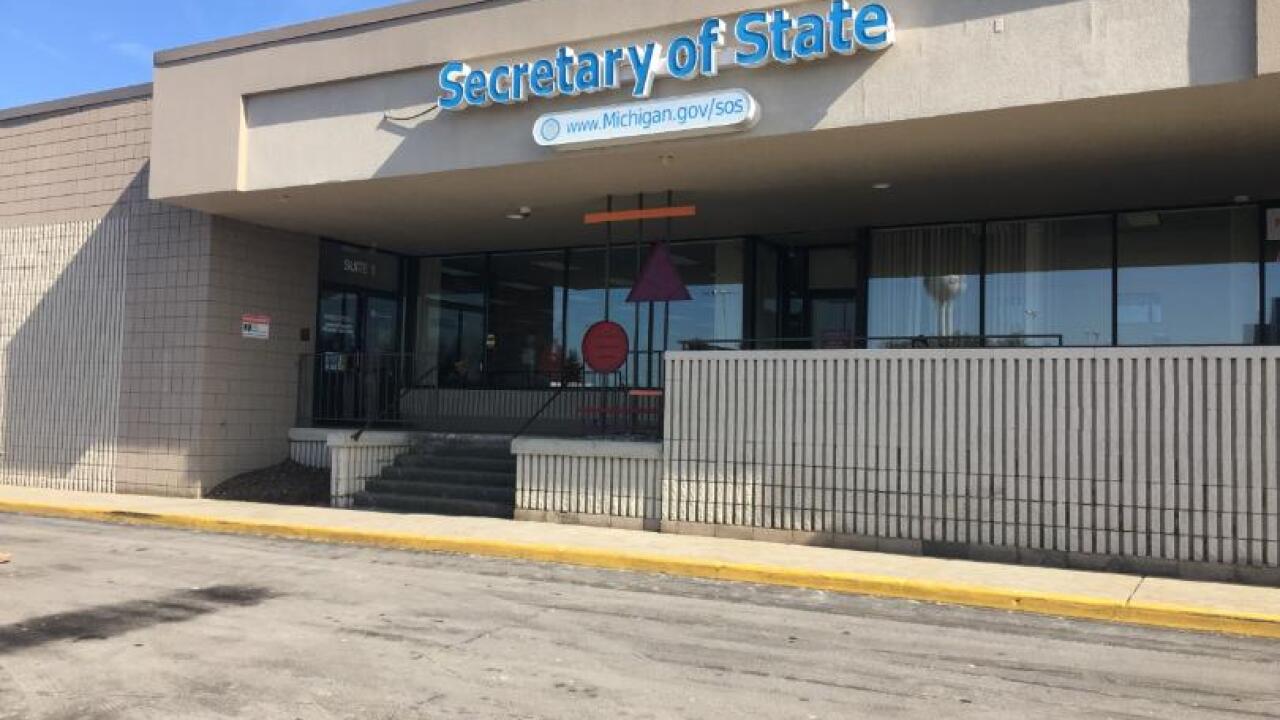 LANSING, Mich. — The U.S. Department of Homeland Security extended the deadline for Americans to get a REAL ID.

The deadline was originally October 1, however many people are having problems getting the secure ID because of the coronavirus.

In the meantime, people are encouraged to use self-service terminals or the Secretary of State Office's website.

"I can't do that because I have to show documents to do that. And it wouldn't let me do the regular license anyways to just do it for now," said Pamela Uhl, who is trying to get an "enhanced" license.

REAL ID, enhanced licenses and commercial driver licenses are some of the transactions that must me done in person.

Since she can't make an appointment before her license expires, Uhl is worried about what would happen if she happens to get pulled over.

"I have a concealed pistol license. You have to have a valid driver's license," she said.

She's frustrated because she gets conflicting scenarios from police.

Michigan State Police said she'll be OK to carry until she get an appointment, but other agencies tell her to leave her gun at home.

"It wouldn't be fair not to be able to protect myself or my family and have to wait until after they reopen," said Uhl.

Secretary of State spokesman Jake Rollow said police are asked to be lenient to drivers if their documents are expired right now.

He said the office is working to help Michigan drivers, especially essential workers who need their license renewals in person, such as semi drivers.

"Contact us and we will schedule them for emergency appointments to process their transaction at a branch office," Rollow said.

Rollow said the Secretary of State is working with Governor Whitmer and lawmakers to extend expiration dates during this time.

The Secretary of State's Office says once they do reopen, the do expect to continue by appointment only.