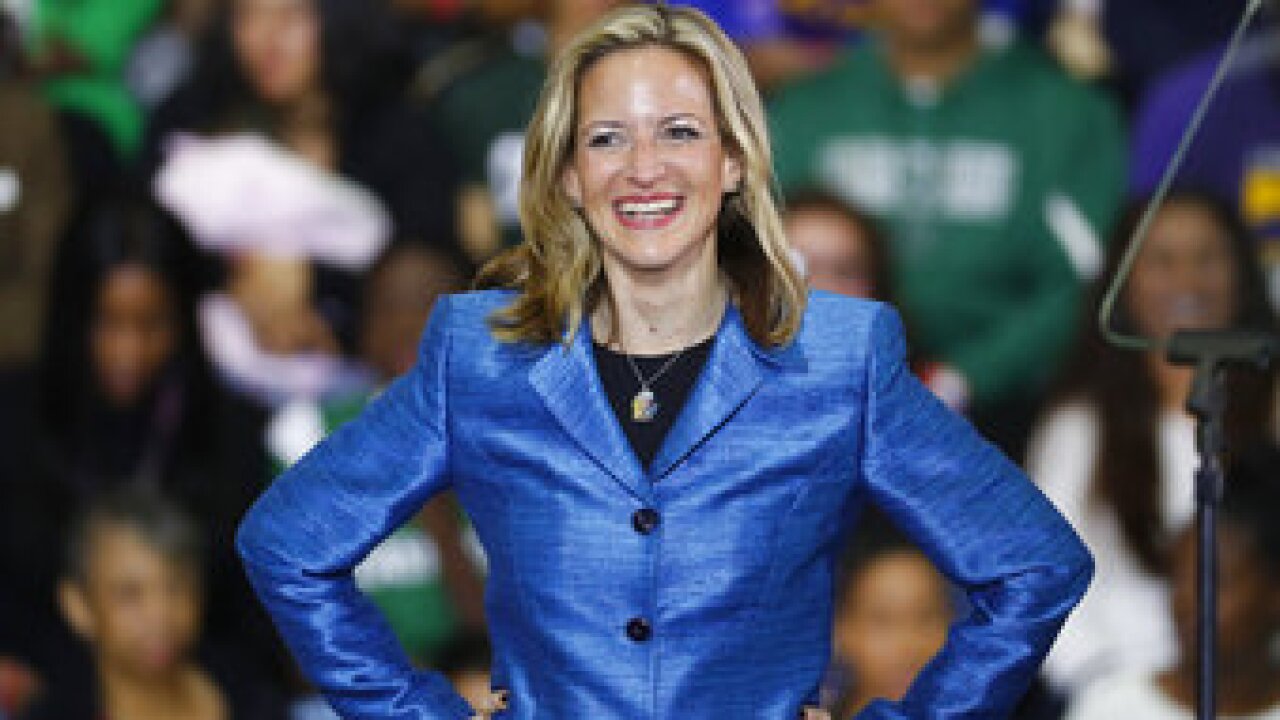 Paul Sancya/AP
FILE - In this Oct. 26, 2018, file photo, Jocelyn Benson, Democratic candidate for Secretary of State appears during a rally in Detroit. New Michigan Secretary of State Benson moved Thursday, Jan. 17, 2019, to settle a lawsuit that challenges the state's Republican-drawn legislative and congressional districts, a step that potentially could lead to new maps for the 2020 election. (AP Photo/Paul Sancya, File)

LANSING, Mich. — Secretary of State Jocelyn Benson today announced an Election Security Commission to recommend reforms and strategies for ensuring the security of elections in Michigan.

The first-of-its-kind effort brings together 18 local and national experts on cybersecurity and elections to secure elections and protect the integrity of every vote. Together they will advise the secretary of state and Bureau of Elections on best practices. Benson, the state’s chief election officer, has statewide authority over election administ ration andsecurity.

“The security of our elections is critical to the security of our democracy,” Benson said. “I am grateful that many of our nation’s top election security experts have joined forces with our local election officials to develop a plan that will ensure Michigan’s elections are secured against all known and emerging threats.”

The commission will convene in early April to begin its review and assessment of election security in Michigan. It later will host hearings throughout the state and invite citizen and expert input on election problems and security. The commission will deliver a set of recommended reforms and actions to the secretary of state by the end of 2019. Its work is funded through a federal grant for election security.

Benson has named David Becker, executive director of the nonprofit Center for Election Innovation & Research, and J. Alex Halderman, professor of computer science and engineering at the University of Michigan, as co-chairs of the commission. It will be staffed and facilitated by designated secretary of state employees.

Those named to the commission include:

Benson has made it a top priority to work collaboratively with local election officials and election experts to boost voter confidence, increase turnout, improve efficiencies and secure the integrity of elections.