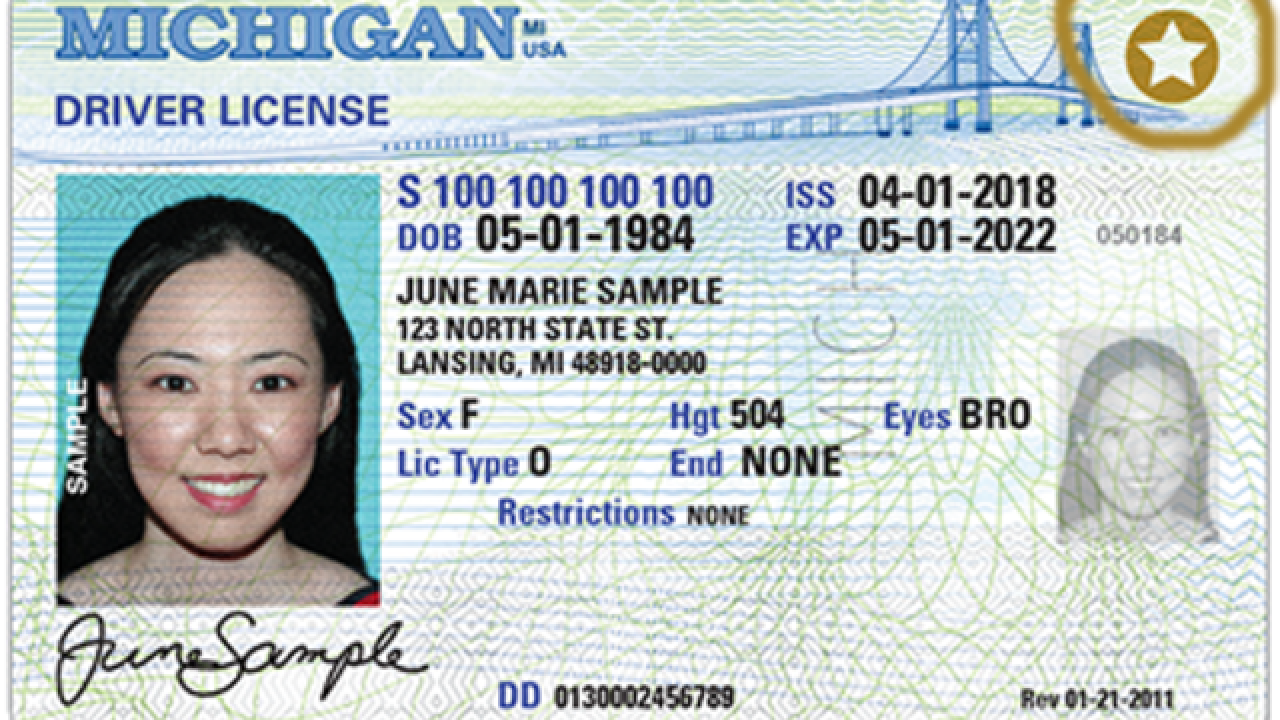 LANSING, Mich. — Secretary of State Jocelyn Benson and transportation security officials say Michigan residents should pay attention to the REAL ID deadline so that they won't be prevented from flying within the United States or entering some federal facilities.

Benson held a news conference at Detroit Metropolitan Airport along with Steve Lorincz, federal security director for the Transportation Security Administration and Darryl Brown, vice president of the public safety for the Wayne County Airport Authority to ensure residents have the facts about REAL ID.

According to a news release, the REAL ID Act of 2005 was passed in response to the 9/11 terrorist attacks and requires higher standards for identification.

When the law goes into full effect on Oct. 1, 2020, a standard Michigan driver's license or state ID card no longer will be adequate to board an aircraft for a domestic flight or to enter military bases, nuclear power plants or certain other federal facilities.

“If you travel by air, this message is particularly important for you,” Benson said. “With the clock ticking until REAL ID goes into effect, we’re advising all Michigan residents to be prepared.”

Benson said many people currently have an ID that meets federal REAL ID standards such as valid U.S. passports, a Trusted Traveler card, or an enhanced driver's license.

The release said Michigan residents can turn their standard license or state ID card into a REAL ID by visiting any Secretary of State office with the required identity documents.

The release said participation in the program is voluntary and anyone who doesn't want a REAL ID will be issued a standard license or ID that can't be used for federal identification purposes.

“REAL ID is a coordinated effort by the federal government to greatly improve aviation security,” Lorincz said. “We highly recommend that Michigan residents who plan to travel by air upgrade their standard driver’s license to a REAL ID before the deadline.”

The release said upgrading a standard license or state ID to a REAL ID is free if done during the normal renewal period, otherwise a card correction fee of $9 for a driver's license or $10 for a state ID is charged.

When applying for a REAL ID, you need to bring:
• Your driver’s license or state ID card.
• Your certified birth certificate, with a raised seal or stamp issued by a governmental agency; your valid, unexpired U.S. passport; or an approved citizenship or legal presence document. (Faxes and photocopies won’t be accepted.)
• If your name differs from what is on your birth certificate, bring certified documents, such as marriage licenses or court orders, for every time your name has changed.

Residents can schedule an appointment to get a REAL ID at any Secretary of State office by clicking here.