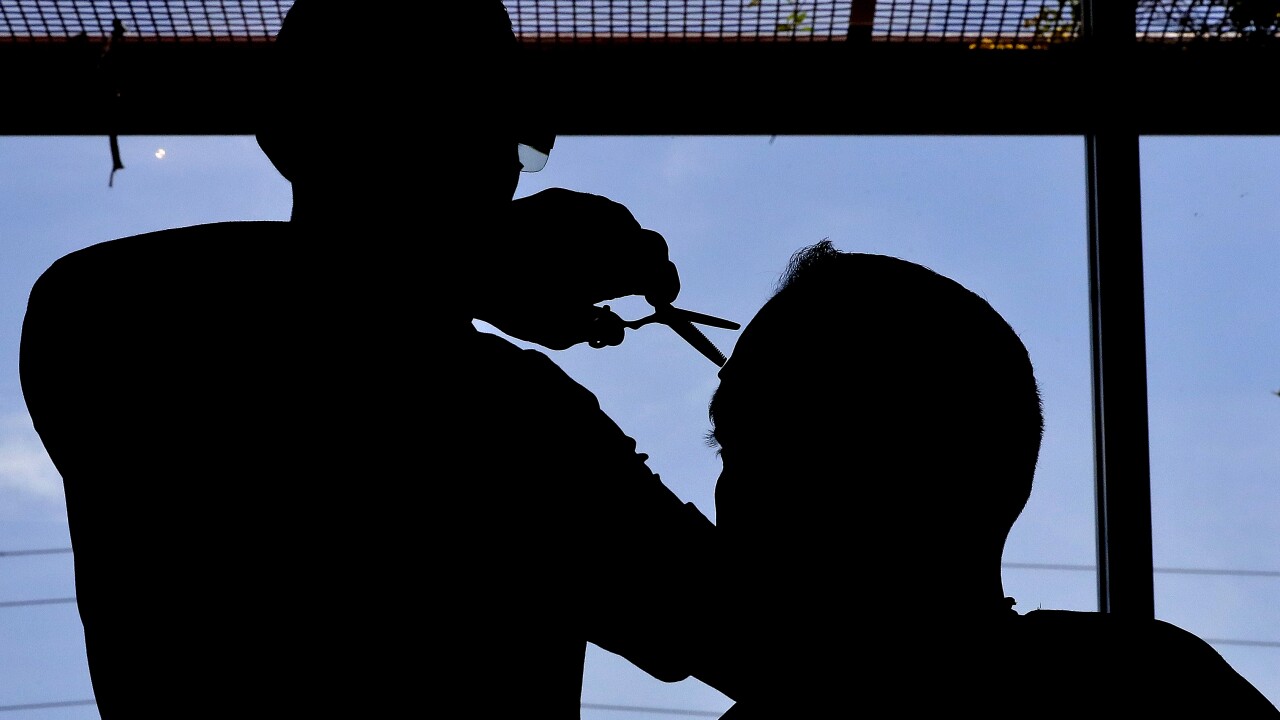 Copyright 2020 The Associated Press. All rights reserved
Matt York/AP
Omar Shakhwar gets his hair cut by Chris Nunez at the Inspired Man Barber & Spa Friday, May 8, 2020, in Phoenix. Hair salons and barbershops across Arizona began reopening Friday after being closed for more than a month by order of the governor due to the COVID-19 Coronavirus outbreak. Clients will not be returning to the same businesses as most will be implementing social distancing measures like making people wait in their car. (AP Photo/Matt York) 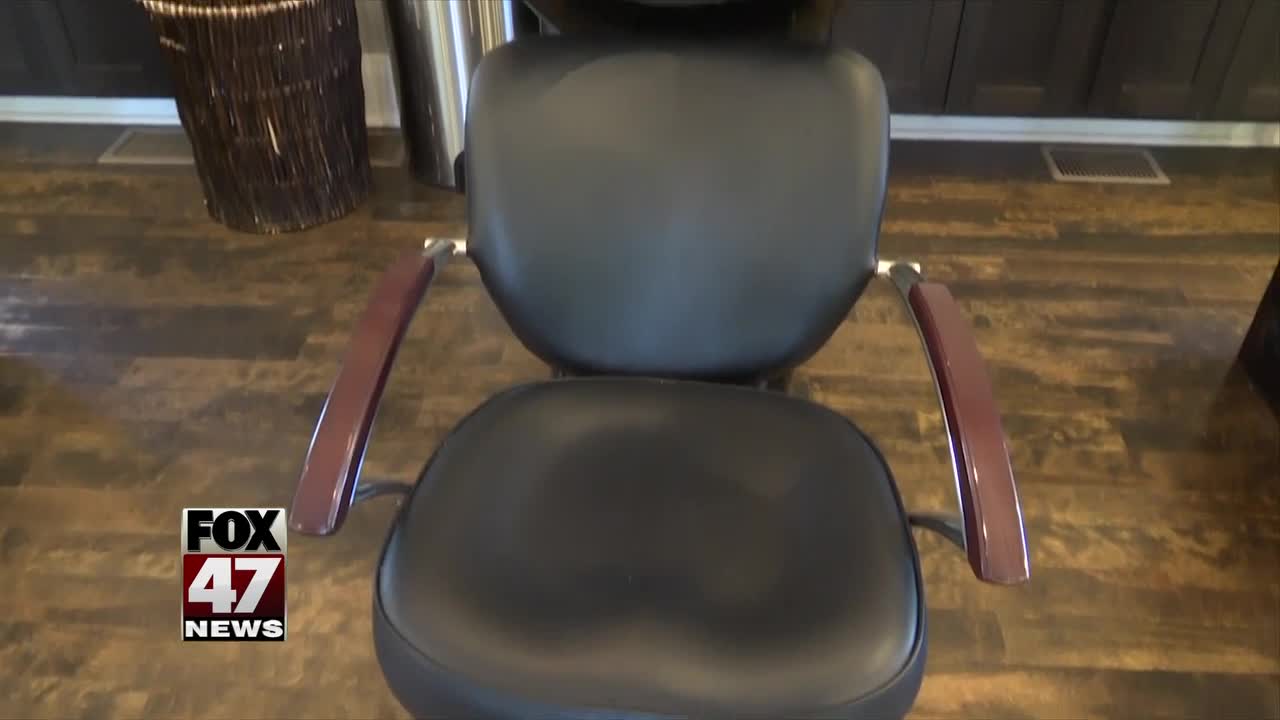 LANSING, Mich. — Governor Whitmer may have lifted the state's stay-home order, starting next Monday but that doesn't mean all businesses will be allowed to open.

Matthew Ryan Salon and Spa's Owner is just one of thousands across the state waiting to be given the green light to open their doors back up to customers.

He says it's been too long, and that they're tired of waiting.

"We're ready to get back, and so is everyone else," said Owner Matthew Ryan Clouse.

He tells FOX 47 it's especially difficult for salons because right now, there's no light at the end of the tunnel.

"We're not used to being in a space where we're not having any control, and we really don't have much direction. That's the hardest part," he said.

Yesterday Governor Whitmer addressed the fact salons are still closed, saying there are other options.

"Google how to do a haircut, or throw it in a ponytail or curl it, get through the next couple of weeks and we can resume some of these things," she said.

That comment was not taken very well by members of the Safe Salons for Michigan Coalition.

"It's insulting and degrading, and a slap in the face to an industry already reeling from enforced closures and shutdowns, and it is tone-deaf in the height of arrogance," said member Mike Sarafa Tuesday during a Joint Committee meeting on COVID-19.

Just like those in the coalition did today, Ryan Clouse says he's ready for his salon to open, and has been for a while.

"All of our stations are six feet apart, we're really prepared. It's really the salon's responsibility and I think all the salon owners are really taking it seriously."

He says while the executive order is painful, it's still done a good thing for salons across the state.

"Our salons are strong, and we've seen so much unity within our industry. I think in the end we're going to be stronger for it."

Ryan Clouse says that his stylists are also excited to get back to work, and that being able to come in and get back to a normal routine isn't something they'll take for granted.

Salons aren't the only businesses that have to wait...gyms, indoor theaters and casinos are still under orders to remain closed.