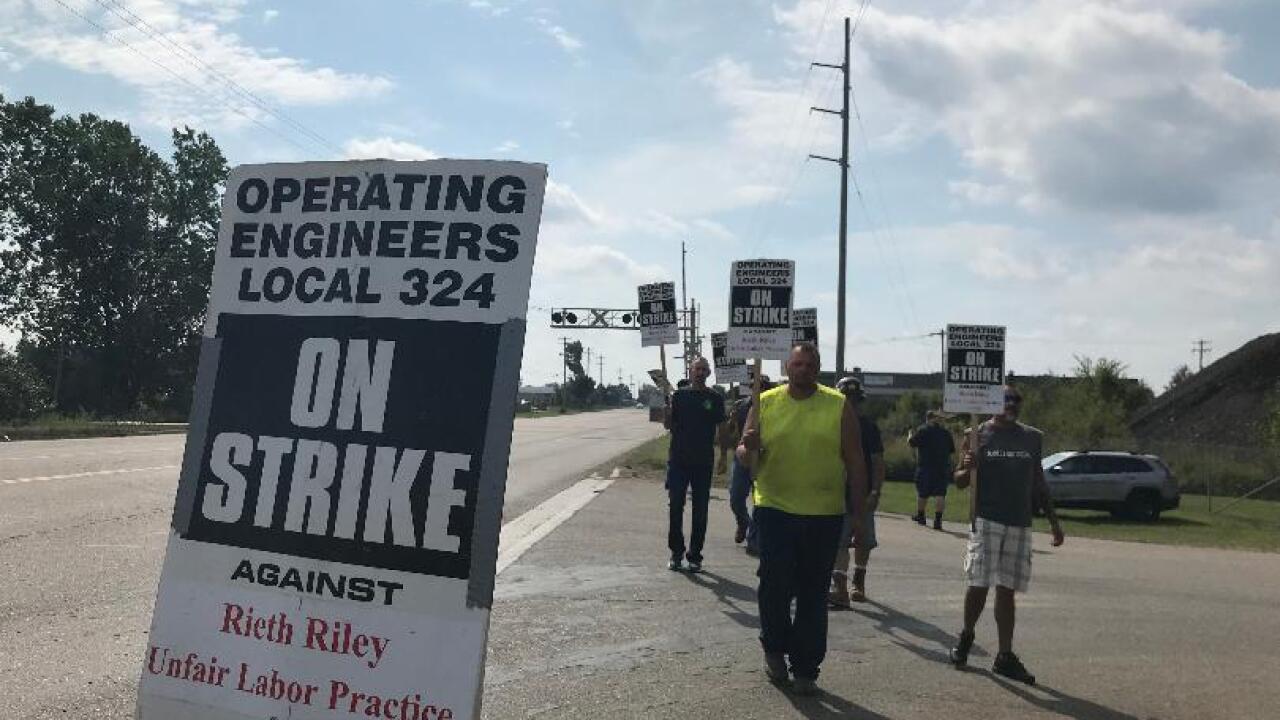 LANSING, Mich. — Operating Engineers from Local 324 are on strike against asphalt supplier Rieth-Riley for what they say are unfair labor practice.

There are a mix of construction workers and business title holders picketing in front of the Rieth Riley building in Delta Township near the entrance .

In August some local road projects were put on hold due to an earlier strike by construction workers because of expired labor contracts.

Work continued even amid the strike.

Rieth-Riley said it is running at around 80% capacity even though the strike had not ended.

In August, during 20 days of the strike, the company said it's open to more negotiations, but doesn't anticipate those will go anywhere so it's moving on without the Union.

The company says it's running current projects with new hires and workers who crossed the picket line after ending their membership in Local 324.