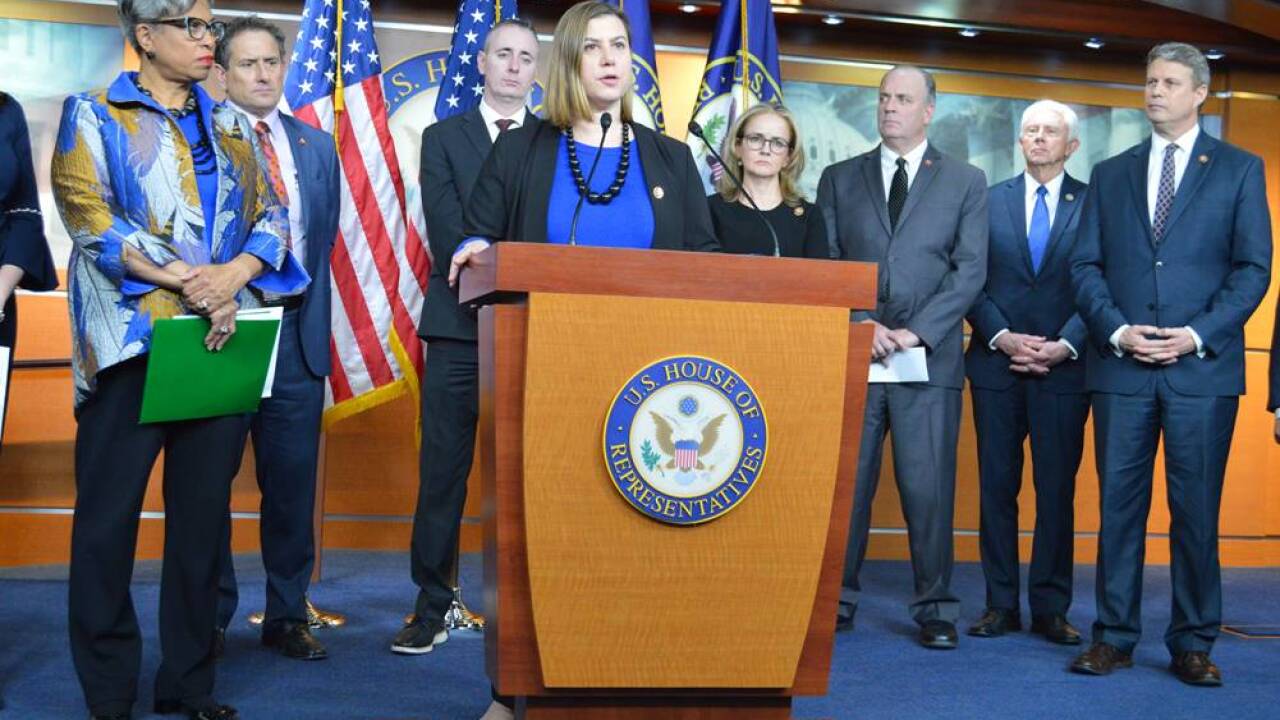 In addition, the RNC launched a new website called Stop The Madness , which is aimed at defending the President and will include opportunities for people to volunteer as well as how to participate in a protest.

The event took place at Representative Slotkin's office in Lansing.

There were about 30 people in attendance, as well as a group of counter-protestors.

The state GOP says Slotkin's support for impeachment is a "witch-hunt" of the president.

Laura Cox, Michigan's GOP chairperson, said constituents in the district are not being served by Slotkin.

"These are districts that the President won significantly in 2016. We feel they're letting down the voters of Michigan. They're suppose to be in DC working for the constituents of Michigan," Cox said.

Slotkin's office sent out a statement to Fox 47 the day of the press conference. The spokesperson said, "Just yesterday, Rep. Slotkin held a round table with constituents in Rochester to share experiences and challenges associated with high healthcare and prescription drug prices, as well as Rep. Slotkin's bipartisan bill to lower out-of-pocket costs, and plans to allow Medicare to negotiate for lower drug prices. This morning, Rep. Slotkin met with manufacturing and logistics suppliers in our district to talk about how to leverage Michigan companies' unique expertise for defense innovation."

“As Rep. Slotkin has done throughout her life of service to our country, she made the decision to support an impeachment inquiry based on her commitment to our national security. Rep. Slotkin has made it clear she is an independent voice for Michigan’s 8th district, who has never wavered in her fierce commitment to the issues Michiganders are demanding she work on: lowering the price of healthcare and prescription drugs, ensuring access to clean water, and bringing decency and integrity back to politics. And that’s what she will continue to do.”

The Detroit News is reporting that TV commercials also aired on Tuesday by the RNC targeting Slotkin and will be run in "congressional districts of more than 60 vulnerable Democrats."