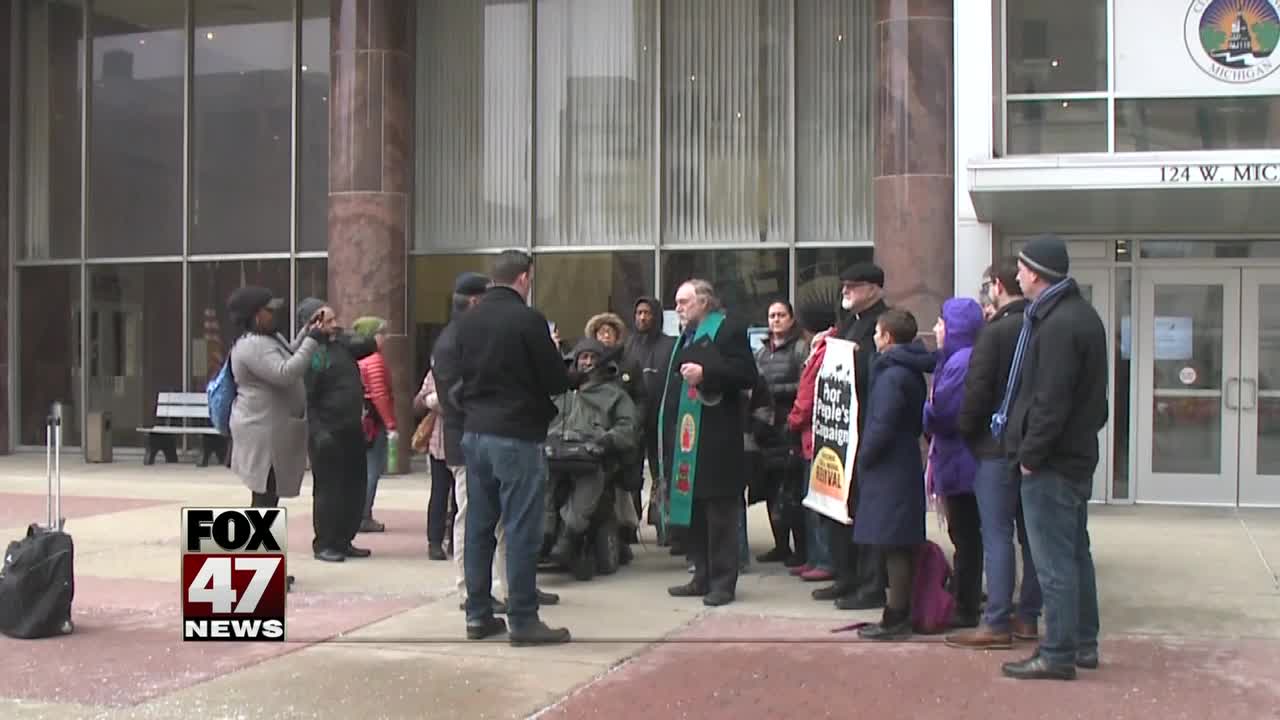 A rally today in support of activists arrested during a protest over drinking water. 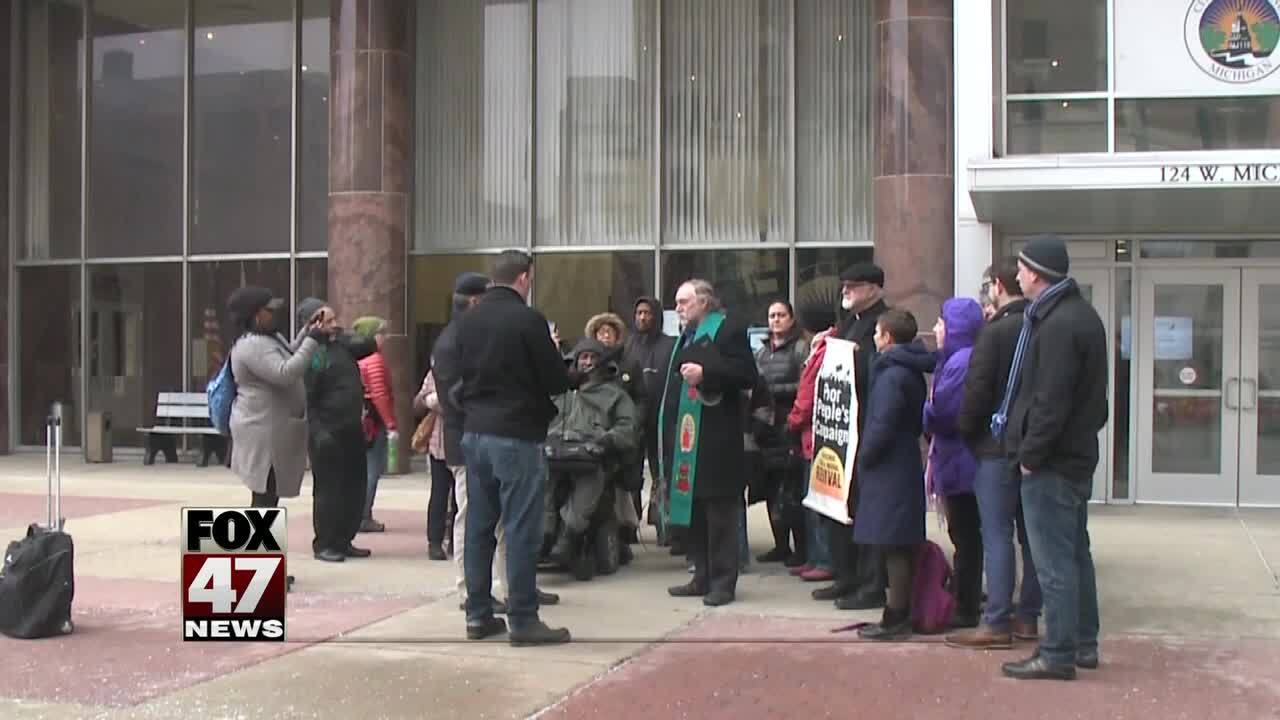 LANSING, Mich. — A rally today in support of activists arrested during a protest over drinking water.

Members of the "Michigan Poor People's Campaign" were arrested for blocking the entrance to the state Department of Environmental Quality last June.

They were trying to draw attention to water shut-offs in Detroit.

Sylvia Orduno was one of them and she says they did nothing wrong.

The activist say they felt surrounding the Michigan DEQ was the only way to get their voices heard.

About half of those arrested are demanding a jury trial.