Protesters march through the streets peacefully in East Lansing 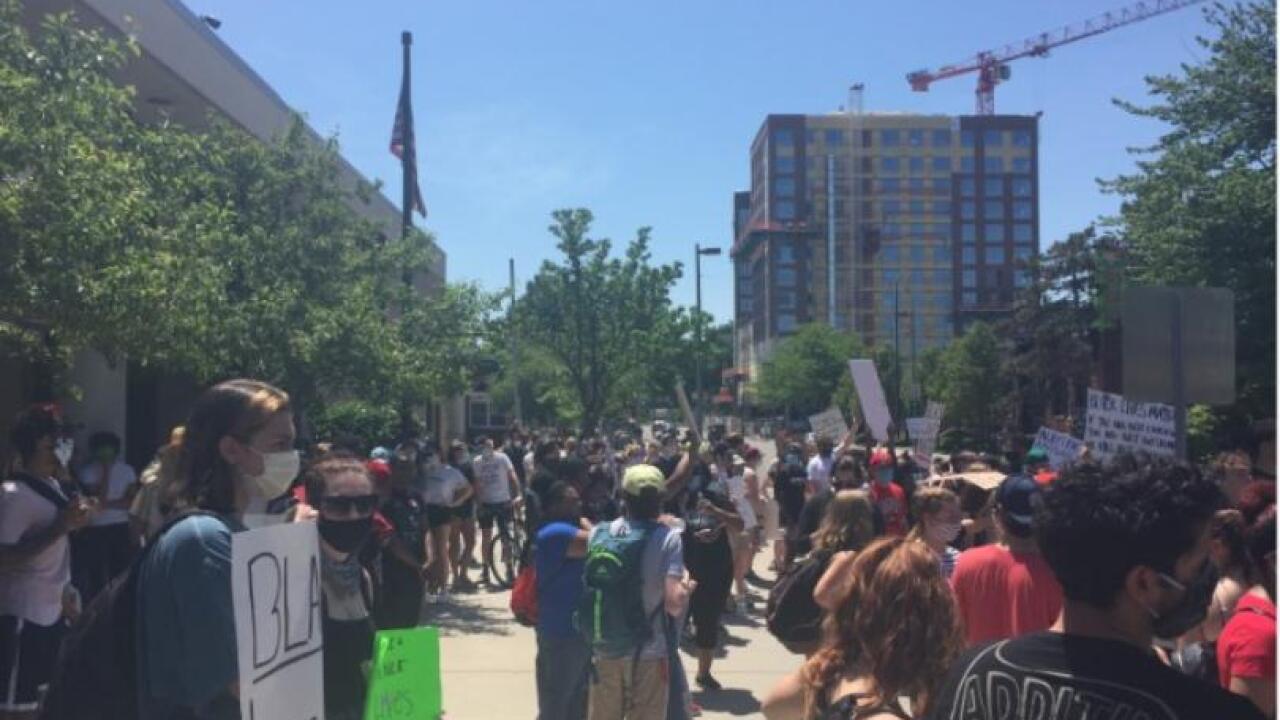 EAST LANSING, Mich. — Protesters in East Lansing took their turn marching against police brutality, joining a nationwide movement that is growing larger by the day.

Those who came out to protest stood in front of East Lansing's City Hall demanding justice for George Floyd and all other victims of violence against black people.

Protesters said enough is enough when it comes to seeing black people being killed or beaten unjustly, instances they say could've been avoided and have been a problem right here in East Lansing.

Police stood out of the way of protesters except to block traffic so that they could safely march through the streets several times.

The organizer of the protest, not affiliated with a prominent civil rights group like Black Lives Matter, brought in more than 100 people for the protest titled "We're Next."

"We want to make sure that what happened in Minneapolis, what happened to George Floyd, never happens over here so that's why we called it "We're Next" because the truth of the matter is this will not be the end. Another police officer will kill an innocent black man and we're trying to prevent that. We're trying to change the laws, we're trying to raise awareness," said Farhan Sheikh-Omar, organizer of the protest.

City leaders told FOX 47 they've had conversations with police where they've talked about giving protesters space to protest and feel comfortable as long as it stays peaceful, which has been stressed by protesters all throughout the day.

"A lot's been going on in my mind ever since George Floyd was murdered by police in Minneapolis. I've been thinking about this issue for a while but the conversation that has occurred because of that tragic incident has been very helpful for me to understand what we need to do here in East Lansing next," Mayor Beier said.

Mayor Beier said people of color are hurting and she doesn't want to be all talk. She's already started the process of creating a new police oversight commission after one of East Lansing's officers was accused of using too much force twice in the last six months.

The officer was cleared in both cases.

Protesters marched to the 7-11 where one of those incidents happened.

Sheikh-Omar is a friend of Uwimana Gasito, the man who was arrested by East Lansing Police back in February after being pinned down in a 7-11 parking lot. Gasito was one of two people to file an excessive force complaint against the same East Lansing officer within two months.

"Many of you saw those images of Uimana Gasito after his night with the East Lansing Police Department and yet he was charged with disorderly conduct. Thankful Tito's charges have been dropped now and he is a free man, but that does not mean we have found justice for Tito, no it does not. The officer who beat him still walks around today with a gun and a badge," said Edmund Rushton, a protester.

The officer they are referring to is East Lansing Officer Andy Stephenson. State police launched an investigation after pictures of Gasito's injuries went viral.

Stephenson has been cleared of that incident as a result of the investigation in addition to another incident that happened back in December when he used a similar technique as the officer in Minneapolis used with his knee in a suspect's upper back.

In regards to the oversight commission mentioned earlier, once COVID-19 restrictions are lifted, every officer will go through more training.