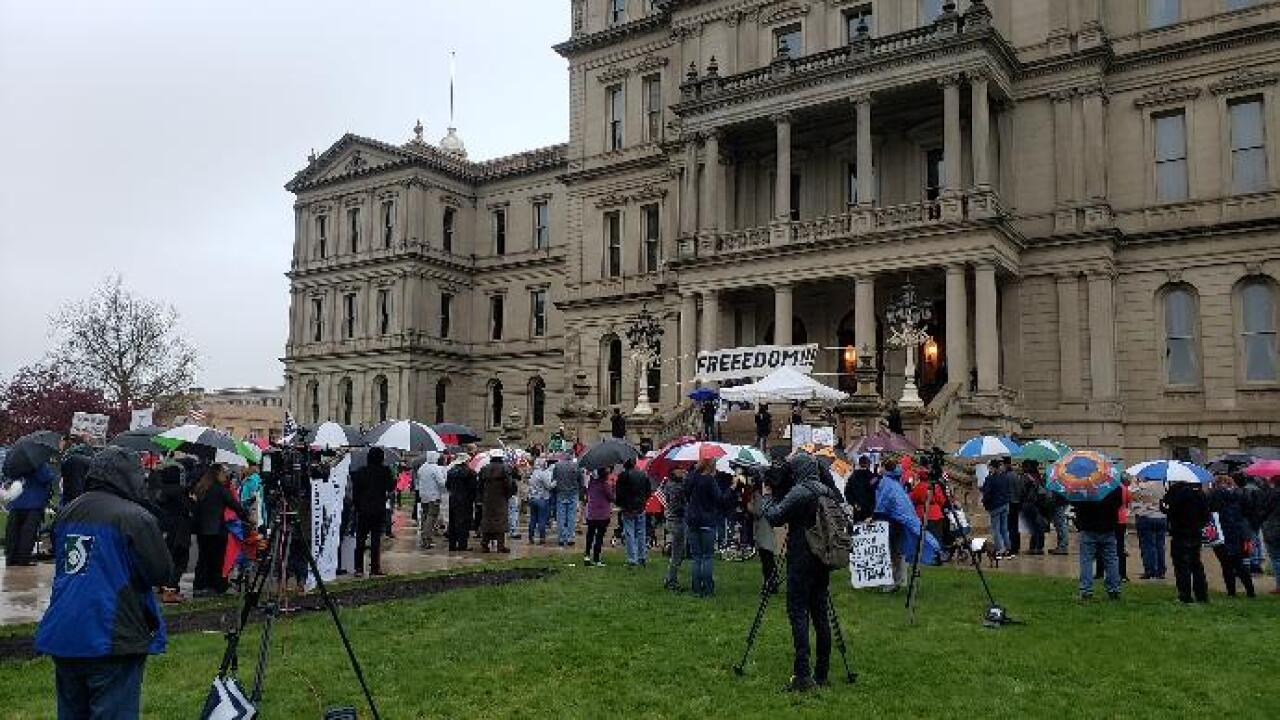 LANSING, Mich. — Police and politicians asked for calm, and for the most part, they got it during the protest outside of the State Capitol Thursday.

The combination of rain and the building being closed may have helped keep things from getting as ugly as they did two weeks ago when armed protesters filled the Capitol.

There were still people with guns in the crowd. The protesters with guns talked a lot about the proposal to ban guns inside of the Capitol.

"I'm exercising my first amendment right as well as my second. This is our freedom of expression," said Phil Robinson, Michigan Liberty Militia.

And many of them expressed their opposition to a proposal to ban guns from the State Capitol. The idea came about after demonstrators armed with rifles filled the gallery during a legislative session two weeks ago.

Some lawmakers took the last protest as an attempt to intimidate them. The Michigan Capitol Commission is looking into the idea of banning guns which is something the attorney general said would be legal.

"I came April 15 and April 30 unarmed and then they decided they wanted to try banning firearms. So I just wanted them to know I value my right to open carry and I hadn't done it in the past and if they want to come after it, here it is," said Nevin Cooper-Keel, a protester.

The Michigan Liberty Militia say they worked as security at the last protest, but Thursday was a little different

"Today we are here on a whole different mission- to observe document and still make sure everyone has the right to peacefully assemble."

Guns are allowed in the Capitol as long as they're openly carried. A bill banning them has been introduced in the Michigan House, but Speaker Lee Chatfield said he is not interested.