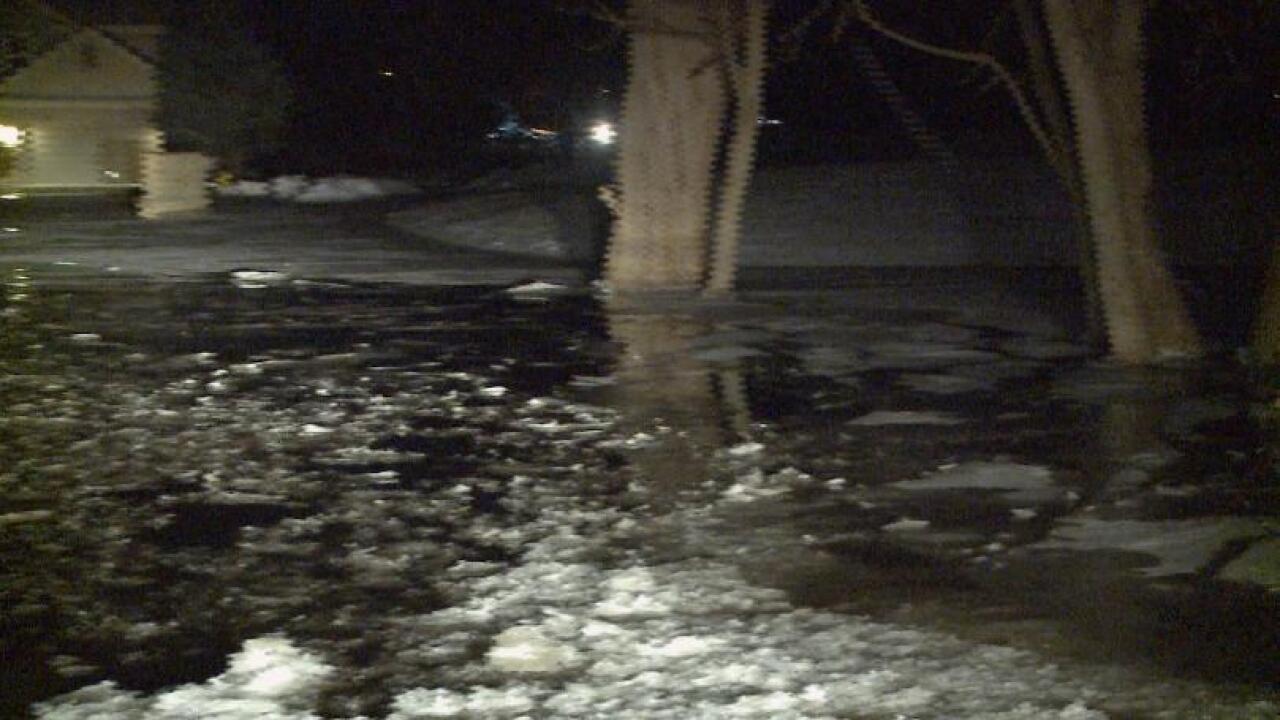 Now people who live there are worried about sewage in the water.

FOX 47 News' Cryss Walker spoke with residents and business owners about how they're dealing with the damage.

Water in the "city of two rivers" is looking for a place to flow as ice continues to jam the Grand and Looking Glass Rivers.

Bridges closed, homes and businesses evacuated; and now the quality of a river is compromised after the city was forced to release sewage to prevent a system overload.

“We had to do a discharge into the Grand River”, said Portland City Manager Tutt Gorman.

“Partially treated and un-treated water so that's something we had to do to protect the safety and well-being, although you never want to have any type of environmental contamination to our rivers, under these circumstances it absolutely had to take place.”

Residents on Riverside Drive were evacuated Friday after the water levels began to rise, flooding their condo community.

“All of a sudden the water levels started to come up very quickly and they came by the house again today and said you have to evacuate now”, said Robert Drumm, who’s currently staying at a local hotel.

Business owners in Downtown Portland say one of their greatest concerns outside of not having flood insurance is possible damage to the structure.

“When I came and checked this building this morning it was dry”, said owner of Studio 176 Hair Salon Marsha Almy.

“Then within an hour, finding it you know… almost a foot, and then within 15 minutes it was like two feet. Now it looks like it's probably like four feet.”

It's unknown when water levels are expected to go back to normal.