Portion of US-127 named after fallen officer 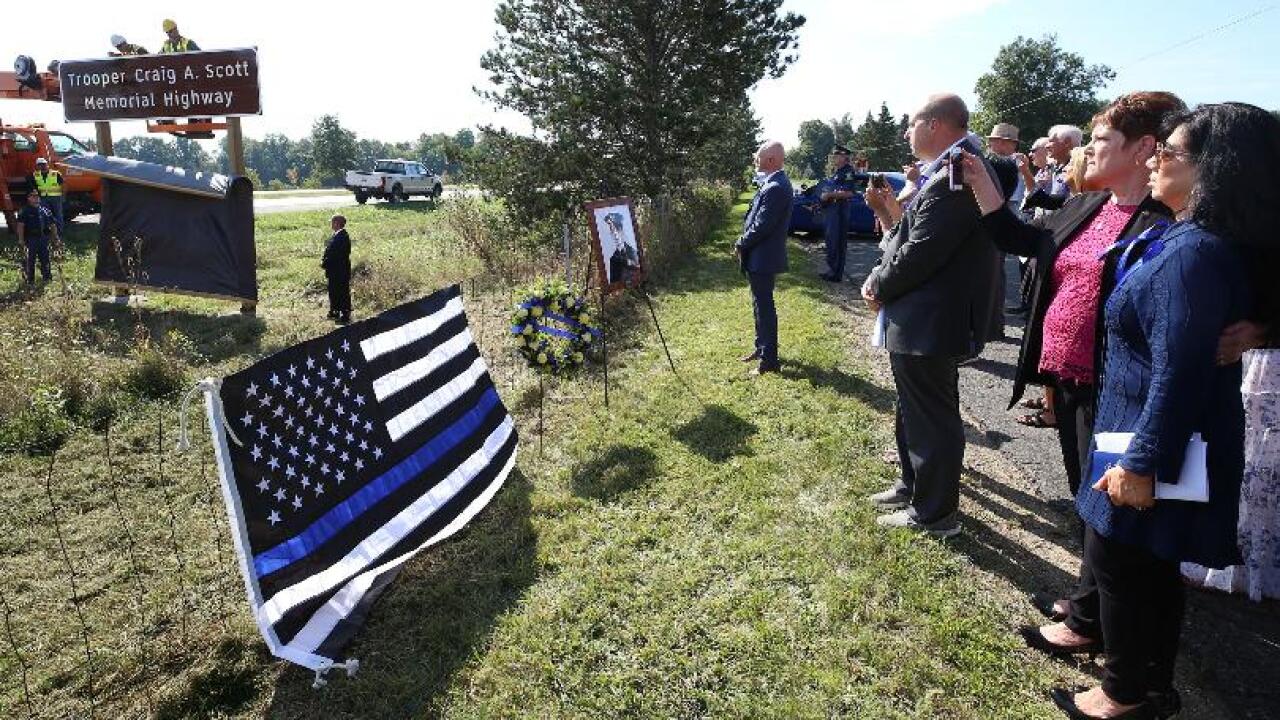 LANSING, Mich. — A portion of US 127 in southern Ingham County has been named after a state trooper was killed in the line of duty.

Trooper Craig A. Scott died in 1982 while conducting a traffic stop on the same roadway.

The suspects are serving life in prison.

For those close to him, Friday's ceremony was emotional.

“Today’s event is more than a sign unveiling; it’s a show of our gratitude for Trooper Scott and his loved ones for making the ultimate sacrifice for the safety of our community,” Sen. Hertel said. “Trooper Scott represented the values of excellence, integrity and courtesy that we’ve come to expect from his extended family in the State Police. This memorial also represents the loss, pain and hardship of his family who have gone through so much. This has not gone unnoticed by our community, and I’m honored to have played a small role in this memorial that honors a true community hero.”

It is because of Trooper Scott's death that Michigan State Police implemented changes to increase officer safety, including adding side panels to bulletproof vests, according to a press release.