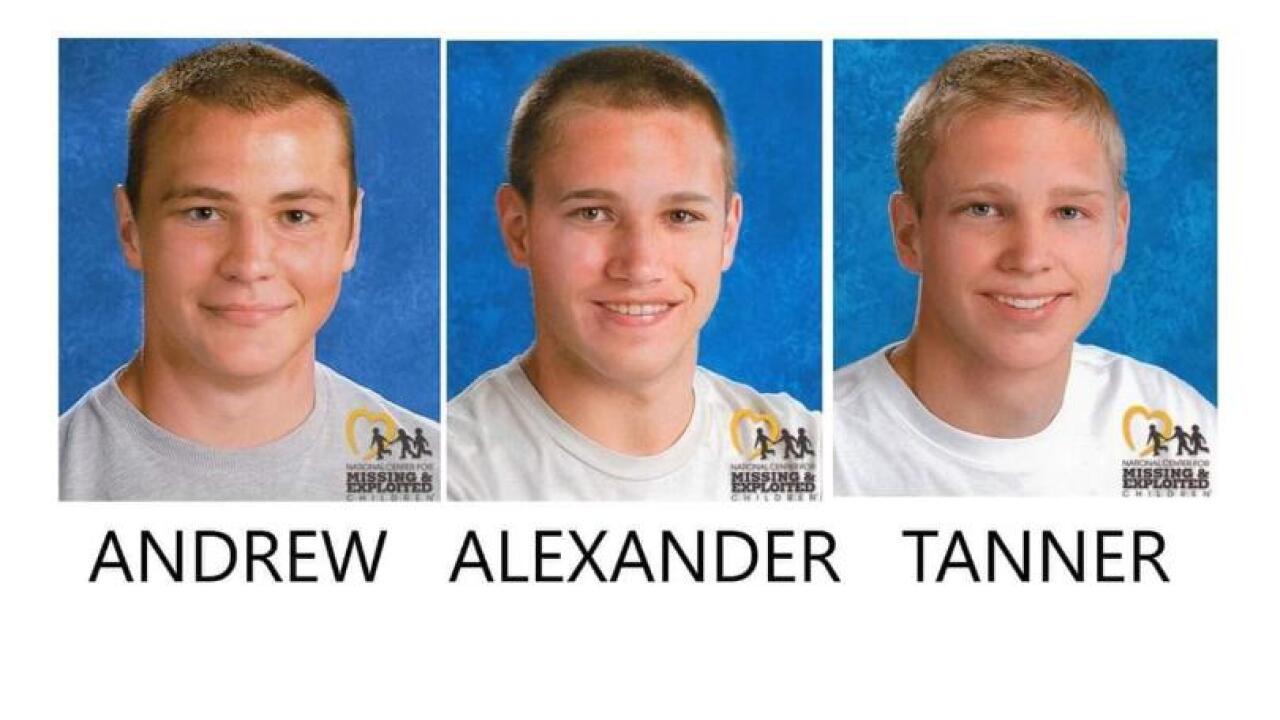 November 26, 2010 was the last time the Skelton brothers were seen.

The National Center for Missing and Exploited Children has released age progression photos of Andrew, Alexander and Tanner Skelton. They show what the boys may look like now in 2019.

The brothers disappeared in Morenci on Black Friday eight years ago.

They were in the care of their father John Skelton, who originally claimed he gave the boys away to a secret organization to get them away from their mother.

His story has changed over the years. He now claims he has no idea where the boys are.

Police and their mother believe the brothers are deceased.

John Skelton is sitting in a West Michigan jail, serving a 10-15 year sentence for unlawful imprisonment.

Earlier this month, a tip from a woman said she believed she saw a man matching John Skelton's description on Thanksgiving day in 2010.

Her tip led investigators from Michigan and Ohio to a small Ohio pond but they did not find anything.